AFSA congratulates this year’s recipients of our awards for constructive dissent and exemplary performance! Full citations are available in the December 2018 issue of The Foreign Service Journal. 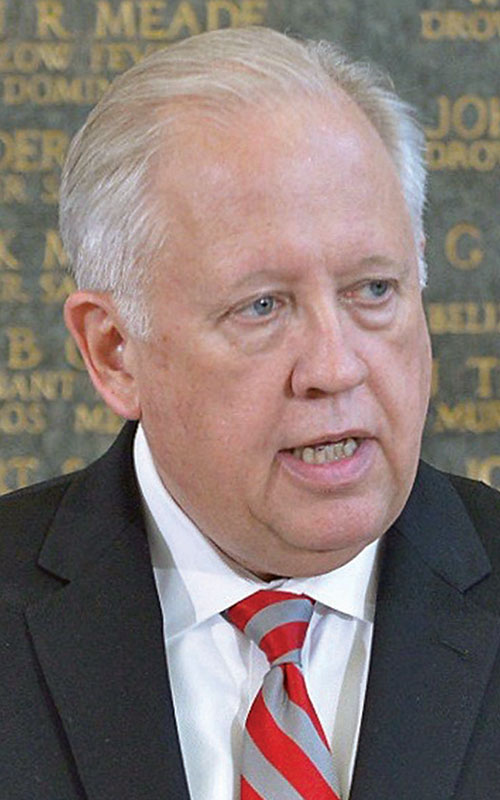 Christian A. Herter Award for a Senior Foreign Service Officer

Ambassador Thomas A. Shannon Jr., receives this year’s Christian A. Herter Award for his efforts to promote extension of temporary protective status for citizens of Honduras, Nicaragua, Haiti and El Salvador. While Under Secretary Shannon’s efforts to persuade the Secretary ultimately did not prevail, his efforts and methods to affect a decision demonstrate the utmost professionalism and understanding of the issue. 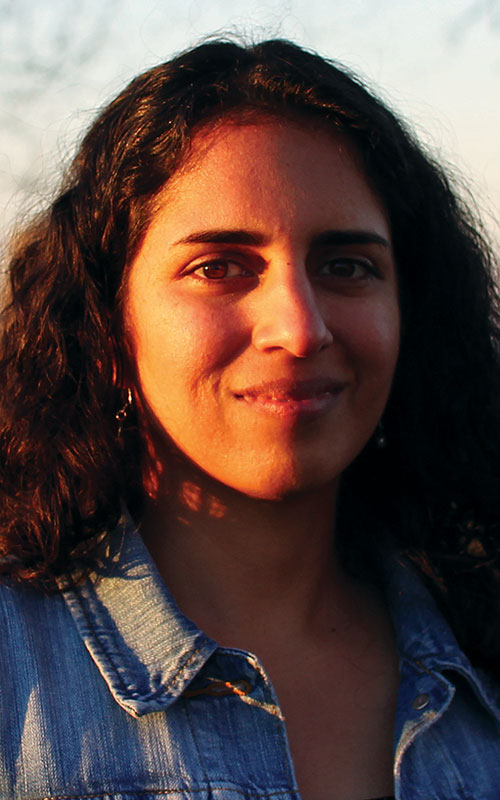 Roshni Nirody is this year’s recipient of the William R. Rivkin Award for her advocacy to restructure the State Department’s approach to high-level visits and congressional relations. Ms. Nirody had long felt that the State Department could reap significant benefits by institutionalizing its approach to managing congressional delegations, including improved advocacy for State Department priorities on Capitol Hill, improving relations with Congress and more efficiently managing CODEL visits. With inputs from many experienced Foreign Service officers and military colleagues, Ms. Nirody developed a multi-pronged strategy of low-cost and no-cost recommendations to re-envision high-level visits as a policy tool to serve the best interests of the Executive branch’s foreign policy objectives, post objectives worldwide and the resources and regulatory needs of the State Department. 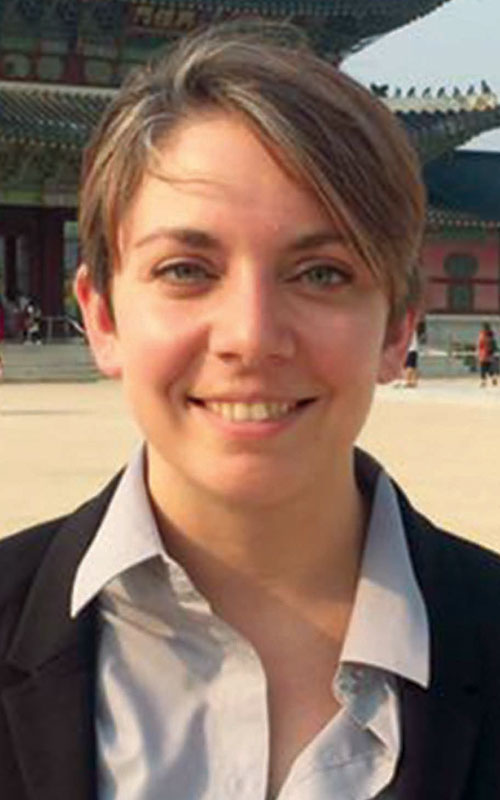 This year’s recipient for the W. Averell Harriman Award is Elena C. Augustine for her constructive and well-argued dissent channel cable named “Shaping U.S. Policy on the KORUS FTA an Opportunity for the Department of State to Lead,” which directly contributed and shaped the successful conclusion of March negotiations to amend the U.S.-Korea Free Trade Agreement (known as KORUS) which reaffirmed the U.S. commitment to the trade deal. 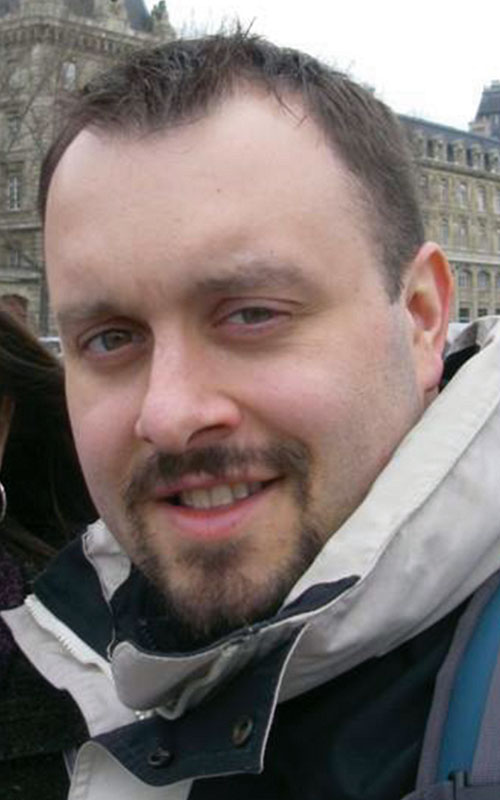 Joseph S. Conners receives this year’s F. Allen “Tex” Harris Award for Constructive Dissent by a Foreign Service Specialist for his pivotal role in reforming the protocol of medical shipments that are vital to adults and children abroad by bringing violations by the Frankfurt Consulate to the attention of Washington offices and pushing for logistic change. It would have been easy for Mr. Conners to have overlooked the issue as many others have done before him but he had the courage to challenge the status-quo to preserve the integrity of the consulate and his posting. 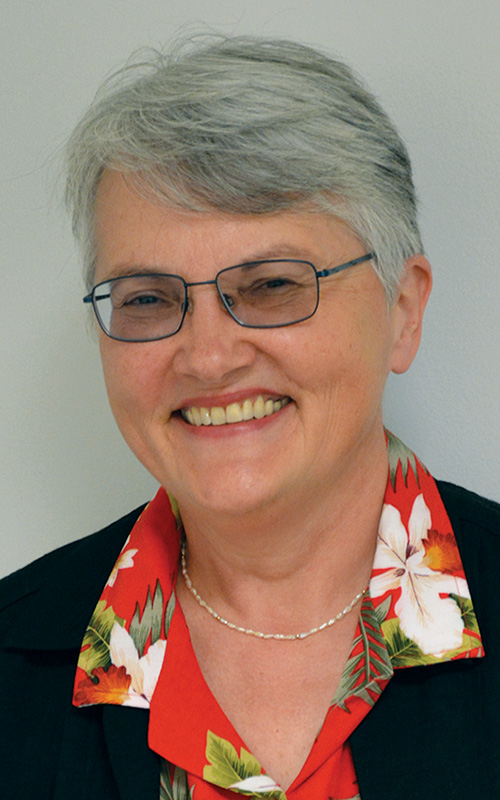 Award for Achievement and Contributions to the Association

Ambassador Butenis is honored for her work on bringing AFSA's outreach efforts to a new level, beginning with her leadership on this issue during her time on the AFSA Governing Board in 2015 and continuing into retirement in her home community in New Jersey. She is a tireless advocate for the importance of telling the Foreign Service story—and few do it better. 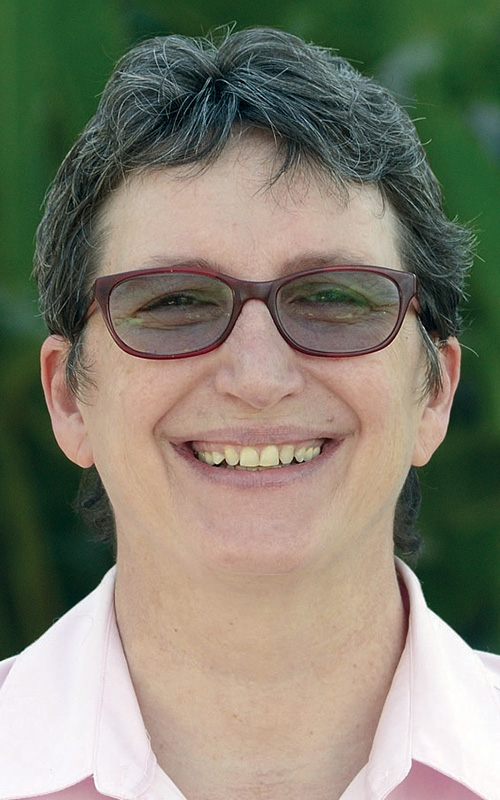 Margaret ‘Megan’ Kennett is recognized for her outstanding work as OMS in Kampala's Regional Security Office and her exceptional commitment to helping others both inside and outside the Mission, actively volunteering well beyond the framework of her responsibilities. This includes standing in as Thanksgiving potluck host and organizing a Toys for Tots initiative at post. 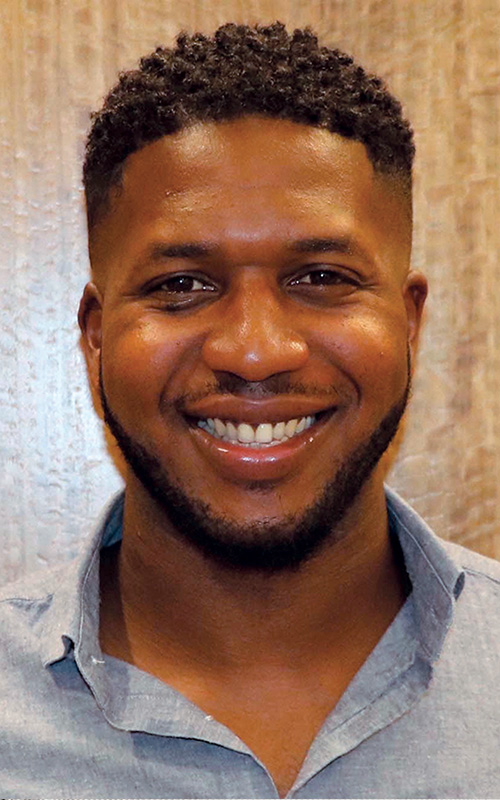 John Warner is receiving this year’s Avis Bohlen Award for his instrumental transformation of what started as a social contact and civic consciousness into full-time volunteer support to the Eswatinian non-governmental organization Kwakha Indvodza (KI) (translation: Building a Man). His willingness to take his participation to a much higher level is an incredible contribution to the overall success of efforts by KI and, by extension, the embassy. 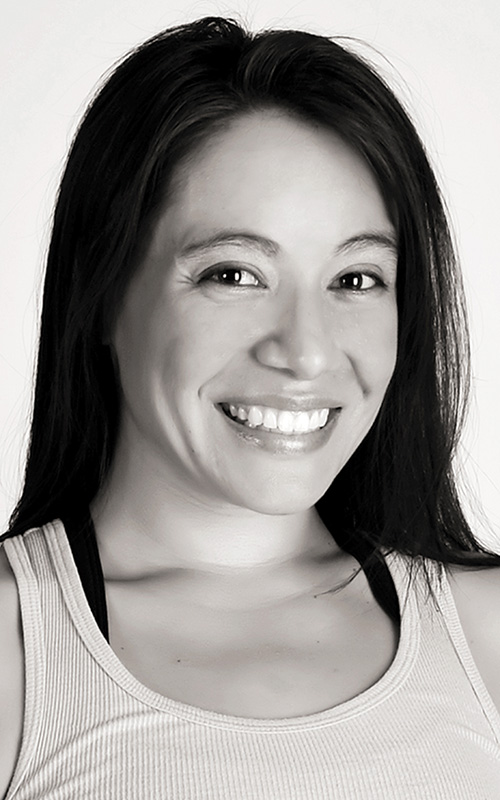 This year’s M. Juanita Guess Award goes to Marisol Garcia due to her outstanding leadership, dedication and initiative in assisting the families of Americans while serving as CLO. She comforted and supported the Consulate community during periods of frightening violence fueled by a powerful and vicious drug trade at a time when community members were physically assaulted, robbed at gunpoint, carjacked, subjected to armed home invasions, and even shot by armed assailants. 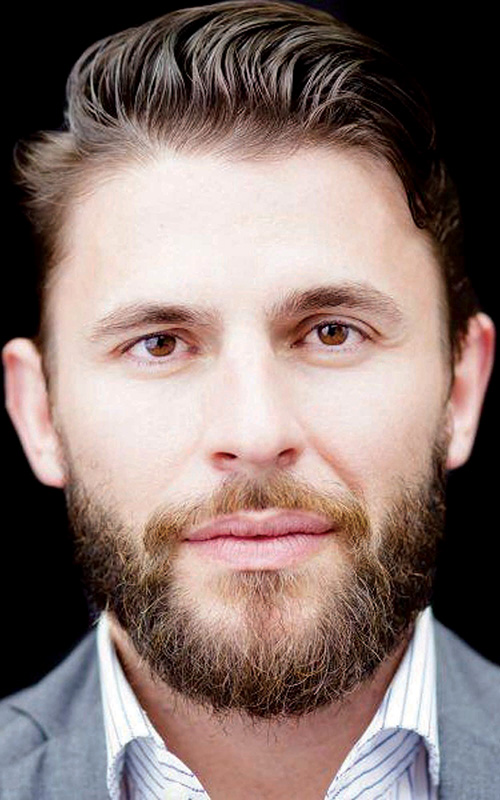 Inspired by the #MeToo and #TimesUp movements, Mr. Bargueño leveraged his former role as human rights officer at the U.S. Consulate in Karachi to counter violence against women and girls in Pakistan. Leading a yearlong series of human rights roundtables, he dramatically expanded the Mission’s contact base among women and diverse religious communities, whom he relied upon to incorporate fresh insights into his analytical pieces briefed to senior leadership in the Department, Cabinet-level officials, and the President. In order to increase public awareness of gender issues writ large, he also spearheaded an innovative campaign called “Karachi Champions Combating Gender-Based Violence,” which rallied members from across the entire Consulate community. 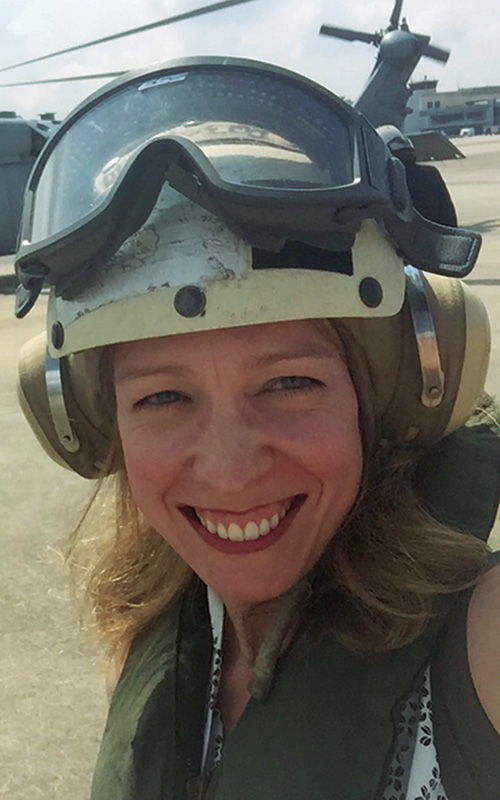 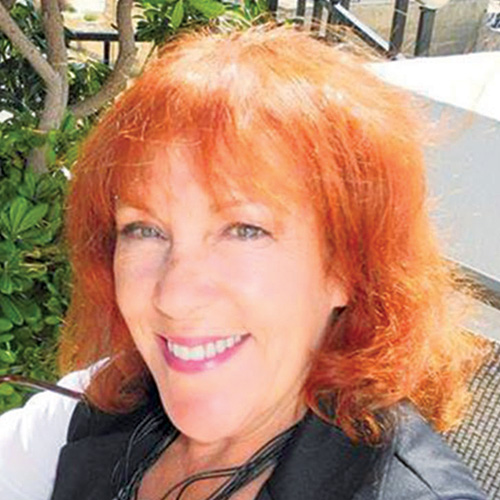 Maria Delfina Valentine is the runner-up for the Nelson B. Delavan Award for excelling at community outreach and making many significant contributions to the morale and welfare of the U.S. Mission in Mali. During a period of crisis, she stepped in as Community Liaison Officer (CLO) and made a real difference in morale and welfare. By taking the initiative to take on the responsibilities of the CLO, she distinguished herself as a transformational leader and helped raise morale and mission spirit throughout. 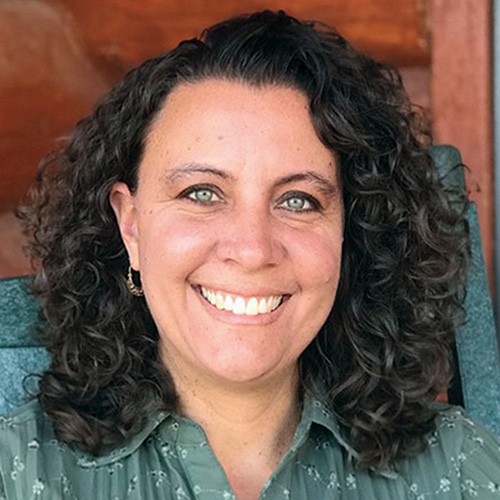 Lori Doutrich is a runner-up for the M. Juanita Guess Award for her resilience and leadership skills as Community Liaison Officer (CLO) in an emergency evacuation of the U.S. Embassy in Nicaragua. It has been a very difficult and tumultuous period in Nicaragua for Foreign Service members. All EFM and certain direct hires have been evacuated due to one of the largest protests in government’s history and the deadliest civil conflict since the end of the Nicaraguan Revolution. Ms. Doutrich has provided a support network to all evacuees in Washington, D.C. by organizing weekly child playgroups, weekly lunch meetings at Main State for direct hires and ensuring everybody has the resources they need during this tumultuous period. 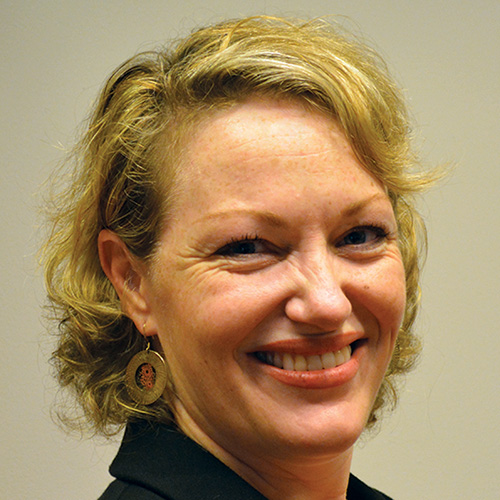 Karen Fifield is a runner-up for the M. Juanita Guess Award for her tremendous dedication to the families in the mission community at U.S. Embassy Santo Domingo while serving as Community Liaison Officer (CLO). Santo Domingo is an unexpectedly challenging post for cultural adjustment and morale. Recognizing this deceptively challenging situation, Ms. Fifield has been relentless in scheduling events and instigating conversations to help people articulate these challenges, discover they are not facing them alone and strategize addressing them together as a community. Ms. Fifield has also demonstrated a tremendous breadth of capability in playing the many roles a CLO can play in the community. 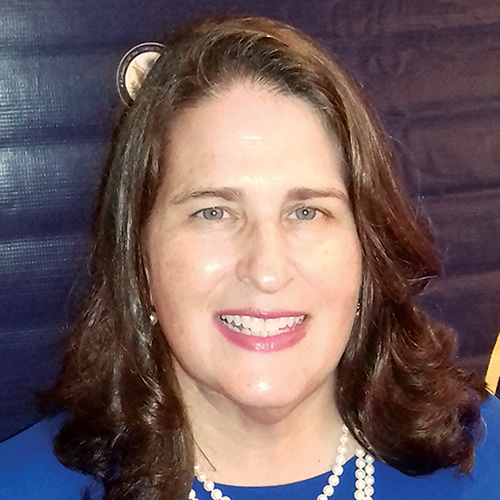 This year’s runner-up for the Avis Bohlen Award is Judith Martin who is being honored for her work in improving the lives of women victims of human trafficking and sexual assault in Togo, through job training and skills development to produce marketable handcrafted products. Ms. Martin’s work with Queen Alaffia has made an important contribution to advancing U.S. policy goals in Africa, helping to raise awareness of the scourge of human trafficking and directly assisting victims to rebuild their lives. She has helped to give poor women new job skills that will raise incomes and improve the nutrition, health care, and education for their children.