Successful solutions will invariably include a reasonably equal application of the rule of law and an effective effort to ensure “parity of esteem” between the parties.

Nearly a decade ago, I wrote in these pages that the opportunity to end the long-running sectarian divide in Northern Ireland that opened up in the 1990s came about only when leaders at both the national and local levels accepted the inevitability of a discussion of legitimate local grievances and fears, and parties and people on both sides of the conflict took part in the conversation that ensued (“Lessons from Northern Ireland’s Peace Process,” September 2007 FSJ).

The “Troubles,” as that conflict was called, reflected deep dissatisfaction by minority nationalists (usually Catholic) over widespread social and political discrimination by majority unionists (usually Protestant), and their fear of intimidation from violence-prone paramilitary gangs that unionists, at least tacitly, often supported. For their part, unionists protested strong nationalist opposition to their time-honored traditions and religious convictions, their determination to maintain a constitutional link to the United Kingdom, and the very real despair caused by the Irish Republican Army’s violent anti-British campaign.

Under Prime Minister Margaret Thatcher, British policy toward Northern Ireland had been heavily oriented toward security. The idea was that the IRA not only had to be defeated, but be seen as vanquished. But this approach only led to a seemingly endless cycle of death and destruction, provocation and retaliation. Moreover, children sent by their unionist parents to school in England and Scotland during the Troubles tended to stay there, threatening the majority’s very existence.

This latter development came to matter a lot after John Major became prime minister in 1990, because an element of his approach to finding a way out of a dead-end process was a declaration from Downing Street that the United Kingdom did not have a constitutional commitment to Northern Ireland. Consequently, should a majority of Northern Ireland’s citizens choose to reunite with the Irish Republic, a key nationalist goal, Westminster would not object.

In the early 1990s, John Hume, a farsighted, moderate nationalist Irish politician, challenged Gerry Adams—leader of Sinn Fein, the Irish republican political party, and an important critic of the status quo—to consider the reality of the country’s difficult history. It was clear, Hume argued, that the IRA and Irish nationalism will not be forced out of politics by the British Army. But neither would the IRA succeed in driving the British out of Northern Ireland at the point of a gun.

So there were only two options, Hume argued. We can perpetuate the current cycle of contempt, violence and stalemate—or we can find another way to govern ourselves that fosters peace and security, protecting minority rights while respecting the majority’s role in government and the making of public policy.

The alternative turned out to be the Good Friday Agreement of April 1998, which established a new power-sharing government in Belfast. The document guaranteed participation in the legislative process in proportion to a party’s electoral strength at the polls; a revised prosecution service and court structure to minimize the opportunity for bias in the administration of justice; a substantially modified police force to make enforcement of the law as fair as possible for both communities; and a scaling back of the British Army’s profile in Northern Ireland to normal peacetime levels.

The contempt for the “other” that underlies relations between groups involved in sectarian and ethnic conflicts has to be confronted squarely.

The agreement forthrightly declares: “The tragedies of the past have left a deep and profoundly regrettable legacy of suffering.” It then calls for reconciliation, tolerance and mutual trust, and the promotion of human rights of all.

Implementation took considerable time, frequently leading to arguments and even some pushing and shoving, but the negotiators made real progress as the new arrangements were set up and bedded in. Ever since then, it appears that a spirit of accommodation of others’ views and concerns has increasingly prevailed in Northern Ireland’s parliamentary debate, as well as within the administration of government—even in relations between the nationalist and unionist communities at every level.

Toward a Parity of Esteem

A few years ago I asked the Belfast playwright and author Marie Jones, whose marvelous one-act play, “A Night in November,” I had just seen staged at a Busboys and Poets restaurant in Washington, D.C., if the new generation growing up in Northern Ireland would recognize the world her play so vividly describes. She replied quite fiercely, “My 10-year-old already doesn’t know what the fuss was all about.”

The fact that the next generation will not experience the bigotry and bitterness of the Troubles is a very good thing, indeed. To be sure, there are still issues that provoke civic dissension. There is still too much name-calling in Irish politics; and there are still too many who fail to see the need for what in Northern Ireland is called “parity of esteem.” In the Irish context, this term refers to a society’s negotiation of a post-conflict equilibrium, in which each faction strives for peaceful co-existence with other groups, rather than seeking a “winner take all” outcome. And generally speaking, this is happening in Northern Ireland.

I should note that this idea goes back to Immanuel Kant’s “categorical imperative,” that one shouldn’t undertake an action that one would not want to see as a general rule. Jean-Jacques Rousseau’s definition of amour-propre adds the thought that every individual shares a need for respect within the community. Harvard University philosopher John Rawls explains in his analysis of Rousseau’s political theory that all people need to be recognized by others in a community or society as equal members with a secure status. Of course, this obligates us to grant the same standing to others in return, and hence to honor the limits that their needs and claims impose on us.

In short, the contempt for the “other” that underlies relations between groups involved in sectarian and ethnic conflicts has to be confronted squarely. And to be clear, what I mean here is an end to the denigration of those not in “our” group, whose ideas, culture and traditions are not ours. Thus, words and actions that promote hatred and contempt must not be acceptable.

Such a transformation will be difficult and time-consuming to implement, for it means modifying long-established mindsets that have deep historical and cultural roots. And that will take real leadership at every level of the community.

As we assess Northern Ireland’s experience in facing up to the legacy of the Troubles, can we conclude that John Hume was right?

Equal application of the rule of law is not a new idea either, and it has a very practical basis. As is surely obvious, where there is discrimination and selfishness in the conduct of our affairs that reaches a point where a group within society—defined by culture, creed, race or relative poverty—is denied the means to make informed and effective use of its political freedoms so as to lead reasonably satisfactory lives, then the stability of the whole community is undermined.

Where such a group is publicly demeaned, and its distinguishing characteristics, culture and history are derided, cooperation from that group and a sense of shared responsibility for the well-being of the community as a whole deteriorates over time or never is formed in the first place. Of course, human history is full of examples of “my boot on your neck” backed up with sufficient strong-arm tactics working very well to the advantage of some for long periods of time. But this too has never been just, and it is never a model for community improvement.

In society, every individual’s sense of self-respect and self-confidence rests importantly not only on others’ assessments and judgments, but on his or her conviction that fairness prevails in the application of laws and the provision of opportunity.

As we assess Northern Ireland’s experience in facing up to the legacy of the Troubles, can we conclude that John Hume was right? For my part, I am convinced that he was, and that there are always two options for dealing with ethnic or sectarian conflicts wherever they may be found in this world. A divided community can continue to do business as usual, with its many attendant costs and failures, or it can find a better way to manage relations between neighbors.

There are an almost infinite number of options for resolving such conflicts, for human beings can be quite ingenious when they want to be. The political structure created by Northern Ireland’s Good Friday Agreement is a good example of what can be accomplished when people put their minds to it.

Moreover, the agreement satisfies two key requirements that, as a diplomat and conflict-resolution practitioner, I have seen play out in many different settings. Successful solutions to a longstanding ethnic or sectarian conflict will invariably include (1) a reasonably equal application of the rule of law and (2) an effective effort to ensure parity of esteem between the parties.

In short, when crafting an approach to an ethnic or sectarian conflict, or seeking to judge the likely effectiveness of a proposed solution to such a dispute, what we must look for every time is a reasonably level playing field and a commitment to a reasonable degree of mutual respect. 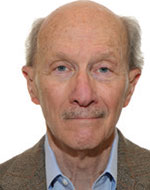 Andrew D. Sens, a Foreign Service officer from 1966 to 1997, served in Uganda, France, Norway, Iran, Pakistan, Argentina and Washington, D.C. His last assignment was as executive secretary to the National Security Council. Following retirement, he served as the American member of the Independent International Commission on Decommissioning, set up by the British and Irish governments in 1997 in Belfast and Dublin to facilitate the disposal of paramilitary arms from both sides of the Northern Ireland conflict. He also lectures and consults. 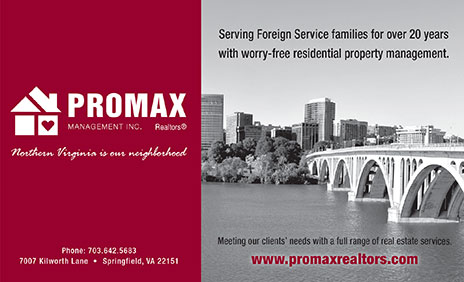 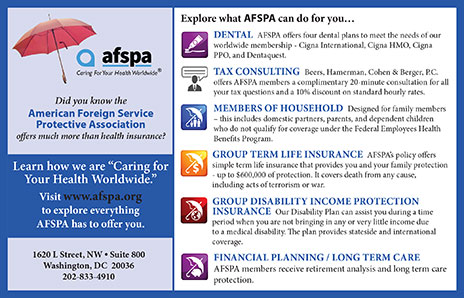