Originally, there were no criteria beyond those implied by the award’s name. First in 2009, and later in 2016, the AFSA Governing Board refined the criteria guidelines to be as follows:

For information on these awards, please contact AFSA's Awards and Scholarships Manager Theo Horn Green at horn@afsa.org or (202) 719-9705. 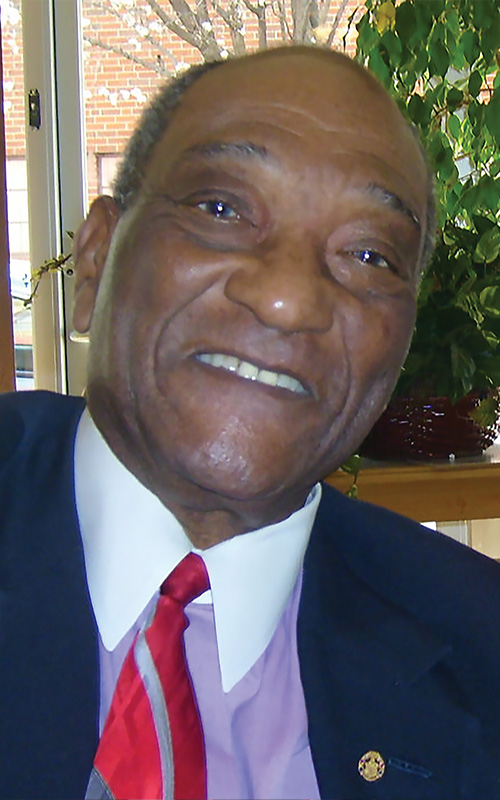 AFSA is honored to announce that Ambassador Edward Perkins will receive the association’s 2020 Award for Lifetime Contributions to American Diplomacy in recognition of his exemplary Foreign Service career, significant contributions to maintaining a strong career professional Foreign Service and in recognition of his role as a trailblazer in advocating for increased diversity within America’s diplomatic corps. The AFSA Governing Board voted unanimously at its March 18 meeting to award the honor to Ambassador Perkins. Past recipients of this award include George H.W. Bush, Thomas Pickering, Ruth Davis, George Shultz, Richard Lugar, Joan Clark, Ronald Neumann, Sam Nunn, Rozanne Ridgway, Nancy Powell, William Harrop and Herman ‘Hank’ Cohen.

Edward J. Perkins was born in Sterlington, Louisiana, and grew up in Portland, Oregon. He earned a bachelor’s degree from the University of Maryland and master’s and Doctor of Public Administration degrees from the University of Southern California. He served three years in the U.S. Army and four years in the U.S. Marine Corps. Ambassador Perkins was married to the former Lucy Cheng-mei Liu. They have two daughters, Katherine and Sarah, and four grandchildren.

In 1972 Dr. Perkins was assigned as Staff Assistant in the Office of the Director General of the Foreign Service. He was assigned as a Personnel Officer in the State Department’s Bureau of Personnel from 1972-74. Following this assignment, he was assigned to the Bureau of Far East and South Asian Affairs (1974-75), and thereafter served in the Office of Management Operations in the Department of State from 1975 to 1978. In 1978, he was assigned to the U.S. Embassy in Accra, Ghana, as counselor for Political Affairs. He was named Deputy Chief of Mission to the American Embassy in Monrovia, Liberia in 1981; he served as Director of the Department of State’s Office of West African Affairs from 1983-85. In 1985 he was appointed Ambassador to Liberia, and in 1986 as Ambassador to the Republic of South Africa where he served from 1986-89. In 1989 Ambassador Perkins was appointed as Director General of the Foreign Service and Director of Personnel in the Department of State where he served from 1989-1992. In 1992 he was appointed as U.S. Ambassador to the United Nations, and U.S. Representative in the UN Security Council, where he served from 1992-1993, until taking up his post in Australia. On August 31, 1996, Ambassador Perkins retired with the rank of Career Minister.

Regrettably, Ambassador Perkins passed away in November 2020. AFSA is honored to have been able to recognize him before his death.