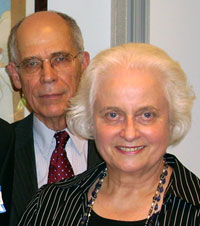 John and Priscilla Becker
Established Under Which AFSA Program: Academic Merit Award Program
Name of Award: John and Priscilla Becker Family Academic Merit Award Scholarship
Year Established: 2001
Biographical Information: Mr. and Mrs. Becker’s daughters were recipients of AFSA Academic Merit Awards when they were in high school in the 1980s, and the family wanted to give back to the Foreign Service community.  Mr. Becker was assigned and accompanied by his family to India, Germany, and Austria, Israel, and Canada during his over 30-year career as a Foreign Service Officer.  Although he retired in the early 1990s, Mr. Becker continues to work for the State Department.

Turner C. Cameron Jr.
Established Under Which AFSA Program: Academic Merit Award Program
Name of Award: Turner C. Cameron Jr. Memorial Academic Merit Award
Year Established: 2007
Biographical Information: Mrs. Dorothy Cameron has established this perpetual scholarship under in June 2007 in memory of her late husband, Turner C. Cameron, Jr. Then in August 2007 she established a perpetual Financial Aid Scholarship in his name. He entered the Foreign Service in 1942. During his career, he was assigned to Paris, Belgrade, Hanoi, Saigon, Seoul, Colombo, and Stockholm along with his Washington DC assignments. He was also a Diplomat-in-Residence at the University of South Carolina. His interests included "art, music and cooking. He passed away in 1971 in Montgomery, Alabama where Mrs. Cameron continues to live. If he was still living he would have turned 93 in 2007. 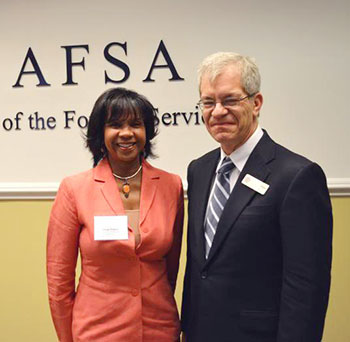 CareFirst BlueCross BlueShield
Established Under Which AFSA Program: Academic Merit Award Program
Name of Award: CareFirst BlueCross and BlueShield (BCBS) Federal Employee Program Academic Merit Award
Year Established: 2013
Biographical Information: The BlueCross and BlueShield (BCBS) Service Benefit Plan has been in the Federal Employees Health Benefits Program (FEHBP) since its inception in 1960. It is the largest privately underwritten health insurance contract in the world. Over 62% of all federal employees and retirees who receive their health care benefits through the government’s FEHBP are members of the BCBS Service Benefit Plan – receiving health coverage through their local Blue plans in the Baltimore, Washington, Northern Virginia area and Overseas. For more information about the BCBS Service Benefit Plan, visit www.fepblue.org.
Pictured is Gayle Nelson, BCBS Federal Account Manager and Bob Silverman, AFSA President in 2014. 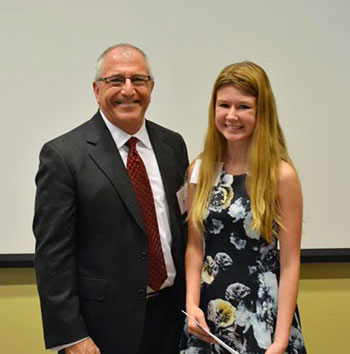 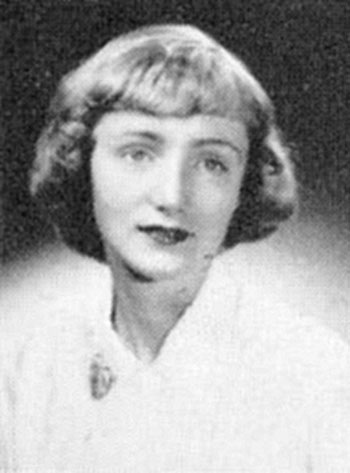 Linda K. Fitzgerald
Established Under Which AFSA Program: Academic Merit Award Program
Name of Award: Linda K. Fitzgerald Memorial Community Service Award
Year Established: 2015
Biographical Information: Linda Kay Fitzgerald, age 82, of Hamilton Ohio, passed away on December 16, 2013. A Foreign Service secretary from 1962-1983, Ms. Fitzgerald bequeathed the AFSA Scholarship Fund’s largest gift ever of $950,000. This gift will be used to establish a more substantive Community Service Award in her name under AFSA’s Merit Awards Program and expand the Financial Aid Scholarship Program with additional scholarships in her name.
She was born on July 4, 1931 in Philadelphia, PA, spent her youth in Elyria, Ohio and attended Miami University. Linda’s 21 year Foreign Service career was first with the State Department and then transferred to the United States Information Agency in 1964. Her first post was in Tehran, Iran and her final posting was in Paris, France. In between, her assignments were in Africa, Europe, and Asia with two years spent in Saigon, Vietnam during the Vietnam War.
She retired to Hamilton, Ohio where she pursued her interests in historic and wildlife preservation. Her last years were spent at Westover Retirement Community where she received compassionate and professional care. 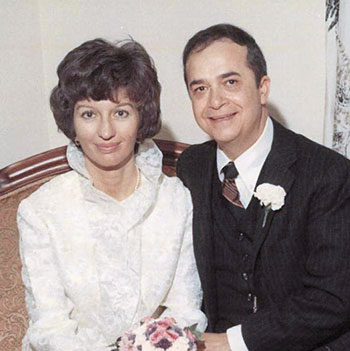 Louis and Valeria Hebert
Established Under Which AFSA Program: Academic Merit Award Program
Name of Award: Louis and Valeria Hebert Memorial Academic Merit Award
Year Established: 2016
Biographical Information: Louis C. Hebert joined the Army Infantry in 1943, as a private. He was only 18 at the time and served until 1946. He was the proud recipient of a purple heart for his service during WWII. Louis then joined the U.S. Department of State in the Foreign Service division and was sent him to Paris to study French. During his employment with the State Department, Louis was lucky enough to meet his wife during a State Department reception. The two celebrated their marriage in St. Stephens’s Church on December 31, 1968 in Washington DC. During his position as a Personal Officer for the Service Branch of the State Department, he was responsible for reviewing all personnel matters. He oversaw salary, hiring and classifications that would allow the State Department to work more seamlessly with foreign countries’ labor laws. Louis also took part in making changes that improved efficiency and morale at embassies and bases around the world. Throughout his 35 years in the Foreign Service, they had the opportunity to travel to places including Russia, China, United Arab Emirates, France, Spain, Germany, Italy, Czechoslovakia, Ethiopia, Egypt, and Washington D.C.
Louis passed away in November of 2014, when he was 89 years old. He is buried in Arlington Cemetery.

Joanna and Robert Martin
Established Under Which AFSA Program: Academic Merit Award Program
Name of the Award: Joanna and Robert Martin Academic Merit Scholarship
Year Established: 2005
Biographical Information: Mrs. Joanna Witzel Martin and her husband established two awards, the Joanna and Robert Martin Academic Merits. These are for one-time only prizes bestowed on academically gifted Foreign Service high school seniors each May. The Martins are State Department retired FSOs. Robert’s career was from 1961-1994 primarily in politico-military assignments. Joanna was assigned from 1962-1991 in various consular and political sections. They were posted in Europe, the Middle East, Southeast Asia, and Washington, D.C. The awards are ideally bestowed to students applying but preferably attending their college and post graduate alma maters. 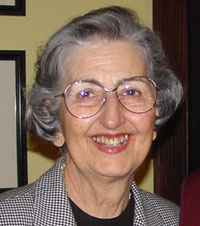 Donald S. and Maria Giuseppa Spigler
Established Under Which AFSA Program: Academic Merit Program
Name of Award: Donald S. Memorial and Maria Giuseppa Spigler Academic Merit Scholarship
Year First Awarded: 2001
Biographical Information: Mr. Spigler retired from the Foreign Service in 1973 after serving among other countries in Germany, Austria, Sierra Leone and South Africa.  Prior, he served in the U.S. Army as a major in WWII and obtained his bachelor’s degree from Temple University and his masters from George Washington University. Upon his retirement, Mr. and Mrs. Spigler moved to Florida where he served as mayor of South Palm Beach for nine years. Mr. Spigler served on many nonprofit boards. The Spiglers then moved to Washington, DC and lived there until Mr. Spigler’s death in 2005.  urrently, Mrs. Maria Giuseppa Spigler is splitting her time with her two sons (and grandchildren) in London and Washington, DC.