Plus—distinguished literary agent and editor Deborah Grosvenor will present a talk on writing and publishing and answer your questions.

Ben East: Two Pumps for the Body Man and Patchworks

Louis Sell: U.S.-Soviet Relations and the Collapse of the USSR

Ambassador (ret.) Charles Ray: Ethical Dilemmas and the Practice of Diplomacy, and other titles

Corrinne Callins: Moja and the Lion

Ambassador (ret.) Dennis Jett: American Ambassadors - The Past, Present and Future of America’s Diplomats and The Iran Nuclear Deal: Bombs, Bullets and Bureaucrats. Also featuring Dirty Wars and Polished Silver and A Burning Hunger – One Family’s Struggle Against Apartheid from his wife, Lynda Schuster.

Matthew Palmer: Enemy of the Good, The American Mission, Secrets of State and The Wolf of Sarajevo

Ambassador (ret.) Steven Pifer: The Eagle and the Trident

Bill Penoyar: On the Road with a Foreign Service Officer 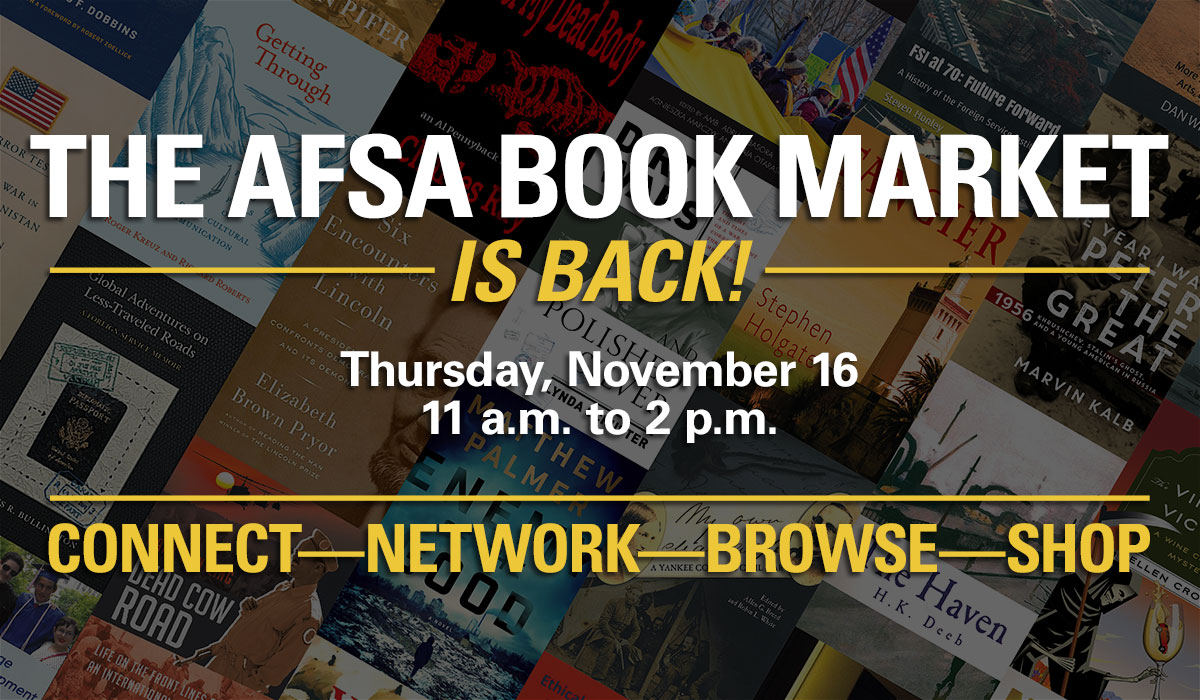 Did You Miss a Previous Event?

Check out AFSA's YouTube channel, where you can watch recordings of all AFSA events.

Browse through 100 years of diplomatic history!