As a professional association and labor union, AFSA seeks to highlight achievement, performance, courage and sacrifice within the Foreign Service community. Our awards program began in 1968 and has continued to expand to recognize the work of our colleagues. We are proud to be able to spotlight the best of our community. 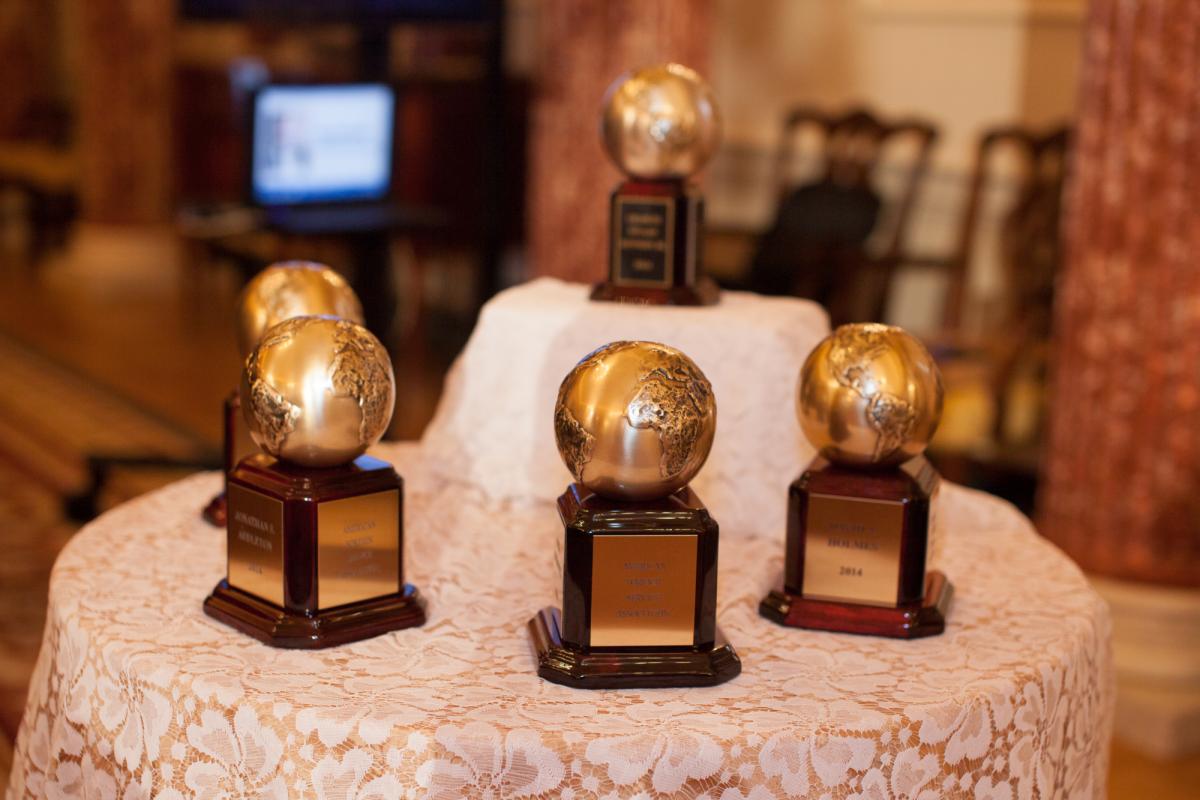 Exemplary Performance Awards: These six awards are meant to highlight the professionalism and spirit of service and volunteerism found within the Foreign Service community. These awards honor community liaison officers, office management specialists, family members, and AFSA post representatives for their important contributions at work, at home and in the community at large. We also honor (non-monetary) contributions to AFSA and those who have excelled in the advancement of democracy.

Lifetime Contributions to American Diplomacy: Each year, AFSA selects a truly inspiring and respected diplomat or public servant to receive our highest award for their contributions to the conduct and success of American diplomacy. The criteria call for a sustained commitment to the cause for a good portion of their professional lives; with a roster of previous winners ranging from President George H.W. Bush to Ambassador Nancy Powell and Ambassador Edward Perkins, there is no shortage of patriots and practitioners of diplomacy from whom to choose.

Sinclaire Language Awards: The study of hard languages is an important part of any Foreign Service career. These awards celebrate those Foreign Service employees who have demonstrated the greatest facility and success in learning a hard or super hard language. Training may have taken place may have taken place at FSI, elsewhere, or individually, but must be documented by an official FSI proficiency test. The awards are made possible through a generous bequest from former FSO Mathilda W. Sinclaire.

AFSA Strategic Writing Award: Each year, AFSA honors the Foreign Service employee whose essay has been chosen as the best from among their cohort during the National Defense University graduation ceremonies.

AFSA Memorial Plaques: Memorial plaques in the C Street lobby of the Department of State honor those of our colleagues who have given their lives in circumstances distinctive to overseas service. AFSA is proud to administer these plaques to preserve the memory of these courageous individuals. Each May, we add names and honor those on the plaques during a solemn ceremony on Foreign Service Day.

Note that we accept awards nominations all year, but the deadline for 2023 is Monday, May 15.

AFSA is grateful to the many individuals and organization that make our awards and honors programs possible through their generous support. Our thanks to the Delavan Foundation, the Ambassador William R. Rivkin family, the Avis Bohlen family, Dr. Sushma Palmer, and Clements Worldwide. Their dedication to the Foreign Service community is greatly appreciated.

All of AFSA’s awards programs, as well the AFSA memorial plaques, are administered by AFSA's Awards and Scholarships Manager, Theo Horn. He is available at horn@afsa.org and (202) 719-9705. AFSA’s Awards and Plaques Committee has institutional oversight over these programs and has primary responsibility for the recommendation of award recipients and plaque honorees.