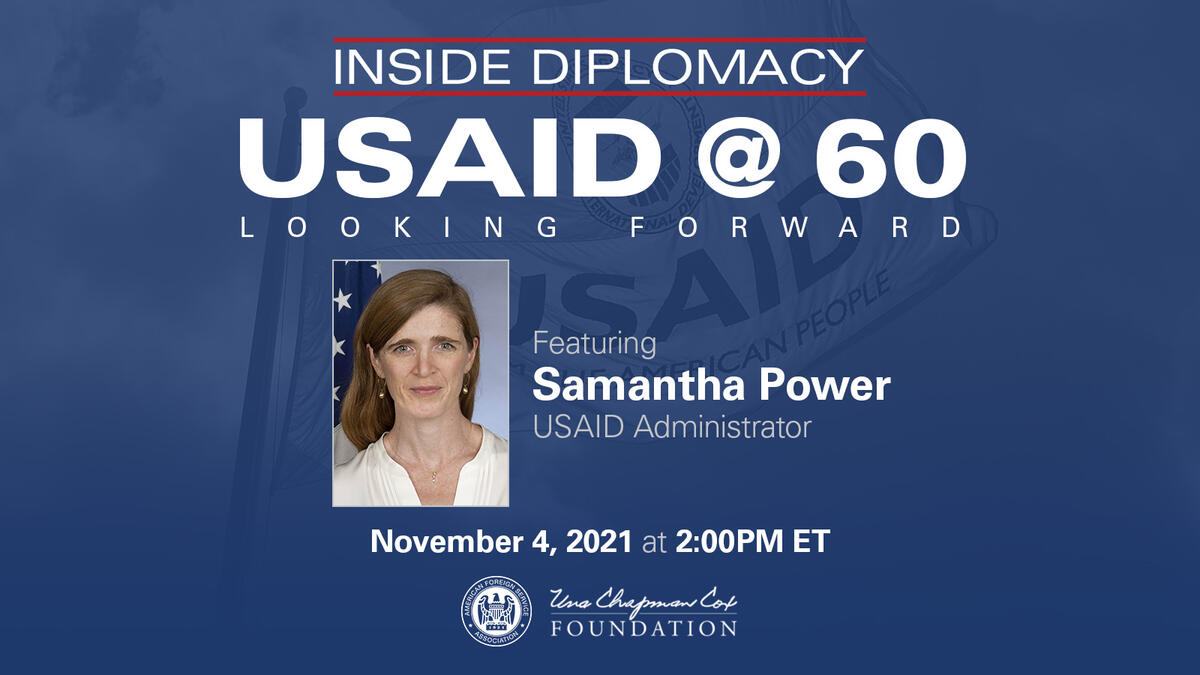 To commemorate USAID’s 60th anniversary, AFSA is honored to host USAID Administrator Samantha Power to discuss the current and future role of USAID on the global stage and in America’s foreign policy, and what those new directions will mean for the U.S. Foreign Service. There will be a chance to ask questions.

We look forward to seeing you there! Register now.

Samantha Power was sworn into office as the 19th Administrator of USAID on May 3, 2021. Prior to joining the Biden-Harris Administration, Power was the Anna Lindh Professor of the Practice of Global Leadership and Public Policy at Harvard Kennedy School and the William D. Zabel Professor of Practice in Human Rights at Harvard Law School. From 2013 to 2017, Power served in the Obama-Biden Administration as the 28th US Permanent Representative to the United Nations. Read more.

This virtual series, hosted by AFSA President Ambassador Eric Rubin, explores current national security issues as they relate to U.S. foreign policy and the Foreign Service. Inside Diplomacy is part of AFSA’s outreach to share the importance of the work of the Foreign Service. These events are open to the public.

Did You Miss a Previous Event?

Check out AFSA's YouTube channel, where you can watch recordings of all AFSA events.

Browse through 100 years of diplomatic history!