Writing and the Foreign Service

Unique experiences are the stuff of Foreign Service life—and compelling literature. One former FSO describes his journey to becoming a writer.

The Foreign Service is filled with all kinds of stories. Some are recognizable to anyone working in a large organization with office politics and layers of management. Others are unique to the particular lifestyle of diplomats: the excitement and anxiety of bid lists, monastic periods of language training, arrival in a random country that will be home for two or three years, and the loneliness of being a stranger in a strange land coupled with the fishbowl atmosphere of an American embassy.

Even the act of moving—something Foreign Service employees know all too well—has its own subset of stories. I remember a rather macabre one about a person who lost track of a pet cat during a frenetic one-day pack out. (You know: a flurry of people come in and empty all your drawers in several hours, and suddenly your life is in boxes and the house smells like packing tape.) As the story goes, this person searched everywhere for their cat, ultimately concluding it had run away. The cat was found months later, very much deceased, in another country. It had curled up in a box to take a nap, and had been packed by mistake.

Then there are the myriad stories of living in a foreign country— be it Azerbaijan, Zambia or somewhere in between. The weird foods, the shopkeepers you absolutely have to visit, the adventures and banalities, the smells and sounds that become synonymous with that specific place.

I was interested in writing before I joined the Foreign Service, but it was my career as a diplomat that made me a writer. Surrounded by all these stories, I never felt stumped by the question, What should I write about? Great stories were everywhere—the hard part was choosing which one to write down.

My first assignment was Tel Aviv, from 1998 to 2000. It’s probably not a coincidence that I began to write at that time. My first attempts were a few short stories now buried deep in the hard drive of an old computer. One of them was called “Loveseat.” It featured a diplomat named Rick who transferred from one posting to another and, while doing so, lost his mind. The denouement occurred when he spilled tea on the embassy-provided loveseat in his new apartment, and the tea leaves started moving and embedding themselves in his skin. It’s a weird story that just petered out because I had no idea how to end it.

Other stories were an obvious counterpoint to the strangeness of my new life. I wrote a lot about growing up in the Midwest, about camping, about old couples that spent their entire lives in the same house.

In Haiti, I did a lot more nonfiction writing, probably because life there needed no fictional embellishment.

My next assignment was Port-au-Prince. I kept writing short stories, some as weird as “Loveseat,” others more conventional. Haiti profoundly affected me—the heat and wild colors, abject poverty co-existing with the smiles of daily life. I carpooled to the embassy through a warren of narrow alleys also used as open-air car repair shops. I bantered with office co-workers while Marines dressed in riot gear looked out from our windows onto demonstrations in the street below. On any given day, my life included scenes that could have been lifted out of both “The Office” and The Bourne Identity.

In Haiti, I did a lot more nonfiction writing, probably because life there needed no fictional embellishment. It took the form of letters to friends and family, describing what I saw and how I reacted when I saw it. When there were only 10 days left in my tour, I wrote a long letter each evening. These letters became essays summarizing my life in Haiti. Looking back at them, I realize that they mark the beginning of my own nonfiction style. There’s a straight line that can be drawn from them to my recent pieces in The New York Times.

Beyond a Serious Hobby

While in Israel and Haiti, I wrote because it made me happy. By the end of these two tours, writing had become a serious hobby. It was my next posting, in Paris, that transformed this hobby into something else, mainly because I connected with other writers and editors. The friendships I developed lay the foundation for all the books and articles I’ve written since.

Midway through my tour in Paris, a friend I had met in Israel came to visit. It wasn’t because we were close friends. As he readily admits, it’s because I had an apartment in Paris and offered to put him up for a few days. (That apartment certainly caused my popularity to spike. People I hadn’t heard from in years suddenly got back in touch.) When we met in Israel, he was on a yearlong teaching gig at the American high school near Tel Aviv. Since that time, he had become a nonfiction journalist and a radio producer.

During his visit in Paris, we talked about the writing we were both doing and, over the course of a long meal at a Lebanese taverna, we ruminated about writing a young adult book together. He had an idea about a boy who sleepwalks his way into a variety of crazy adventures. It was the start of a writing collaboration that continues to the present day, nearly 15 years later.

In Paris I also met two editors working at the International Herald Tribune, when it was still known by that name. (Now it’s the International New York Times.) We had a lot of fun as young Americans in Paris together, and now we’re parents with kids, back stateside. Through it all we’ve remained good friends. Both helped open the door to nonfiction writing, and gave me advice and opportunities.

During my next assignment, at the U.S. Mission to the United Nations in New York, the young adult book that my friend and I had hatched at the Lebanese taverna was completed. His agent submitted it to Houghton Mifflin Harcourt, the company that had published two of his adult nonfiction books. A few weeks later, they came back with an offer. The book, Dormia, was published in 2009. Over the next few years, two more books in the Dormia trilogy followed. They were not big sellers, but they opened the door to more opportunities.

Our next book was a fantasy suspense novel for young adults called Nightfall. While posted in Calgary, I learned that G.P. Putnam’s Sons, an imprint of Penguin Random House, had made an offer to publish it. Putnam gave us a two-book deal, and at that point, I decided to try writing full-time.

A Significant Leg Up

I left the State Department in August 2015 and plunged into writing—mainly young adult fiction, although I’ve also written nonfiction: travel pieces for The New York Times and a piece for The New Yorker online. Nearly two years in, I can’t say I’ve been a runaway success, but I also haven’t failed. Writing full-time is high-risk, and hopefully high-reward. It’s radically more uncertain than working at the State Department. But it’s my passion, and having a Foreign Service background gives me a significant leg up.

This is because I brought unique experiences that few writers could match. For example, when I was consul general in Calgary, I made several visits to the Northwest Territory, which was part of my area of responsibility. While up there, I befriended the speaker of the territory’s legislature, who invited me to visit his small town on the shores of the Arctic Ocean. I took him up on the offer, and learned more about his pet project, an all-weather road that would link his town of Tuktoyaktuk to the Canadian road system.

Writing full-time is high-risk, and hopefully high-reward. It’s radically more uncertain than working at the State Department. But it’s my passion.

When I left the Foreign Service, I pitched The New York Times about returning to Tuktoyaktuk to write a travel piece about this road. I emphasized that when finished, it would be the only road in Canada to reach the Arctic Ocean. Happily, the newspaper agreed. The piece became my first real break into nonfiction writing, and it happened because of my State Department background.

Connections also help. Getting a coveted onward assignment in the Foreign Service often relies on them. Writing is no different. Whether it was fiction or nonfiction, using my network of writer and editor friends was crucial. Of course, the books or articles I wrote had to be interesting; but having landed on a reviewer’s desk through a networked connection, they were considered seriously, which is a huge first step toward being published.

For those in the Foreign Service interested in getting published, does my own winding path yield any tips or lessons? I think so.

First, take advantage of the fact that your Foreign Service experience is filled with interesting stories and experiences. Whether your interest is fiction or nonfiction, you have raw material that few people have. It’s a huge advantage. Keep a journal and take pictures to make sure you remember it all.

Second, focus on writing and editing—not publishing—while in the Foreign Service. Promotion and publicity, key components to being a published writer, are difficult to carry out within the strictures of a State Department career. After all, you’re supposed to represent the United States, not yourself.

Third, tend to your connections and friendships. This maxim applies to your Foreign Service career, but it’s vital outside diplomacy, as well. Expatriate communities around the world are filled with people interested in writing—not just journalists, but also Fulbright grantees, academics, businesspeople, international aid workers and Peace Corps Volunteers. Most of these people will return to the United States, and some may be able to help when you’re ready to start getting published.

I have a final piece of advice that will feel especially relevant to those who took the Foreign Service exam many times before getting in. Push through rejection. Writing is filled with it. Pulitzer Prize–winning writers still get rejected. However, there’s an upside to rejection. It helps develop a critical eye, which is the key to writing nonfiction or fiction that everyone wants to read.

People are entranced by diplomacy and the Foreign Service. The peripatetic, global life provides no shortage of material. For those with this background who are interested in writing, the opportunities are out there. Mine your experiences, write constantly and maintain connections. Your chances of being published are better than you might think. 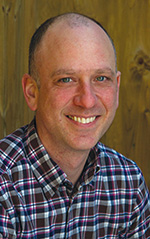 Peter Kujawinski writes fiction and nonfiction for all ages. He contributes to The New York Times travel section and the New Yorker online. He is the author, with Jake Halpern, of Nightfall, a science-fiction novel for teens (G.P. Putnam’s Sons, 2015). Their critically acclaimed follow-up novel, Edgeland, was released in May. They also co-wrote the middle-grade Dormia trilogy (Dormia, World’s End and Shadow Tree). Before turning to writing full-time, he was an FSO for 18 years, serving in Israel, Haiti, France, the United Nations headquarters in New York and Canada. He now lives in Chicago with his family. 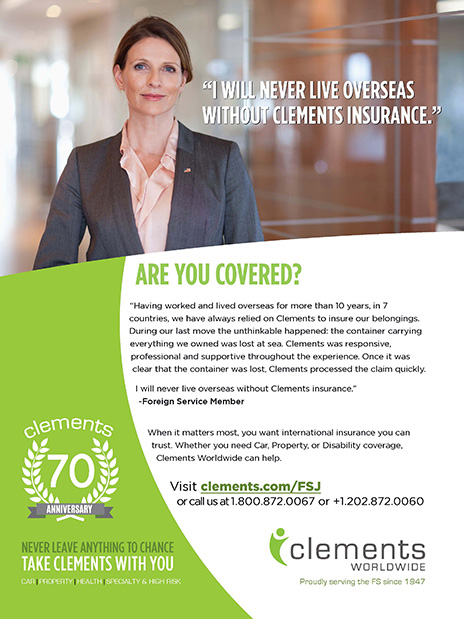 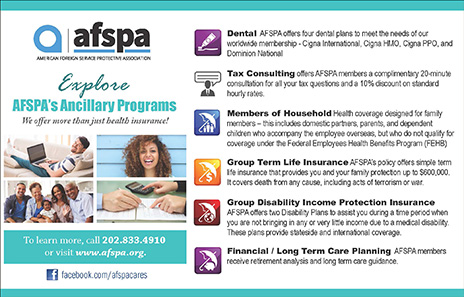 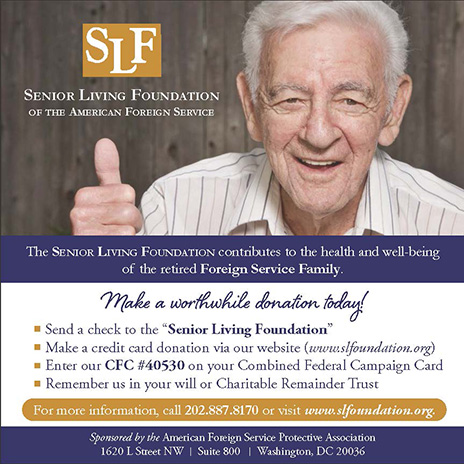 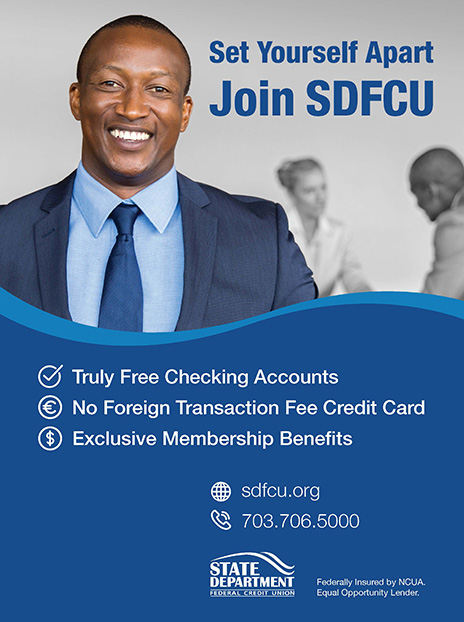 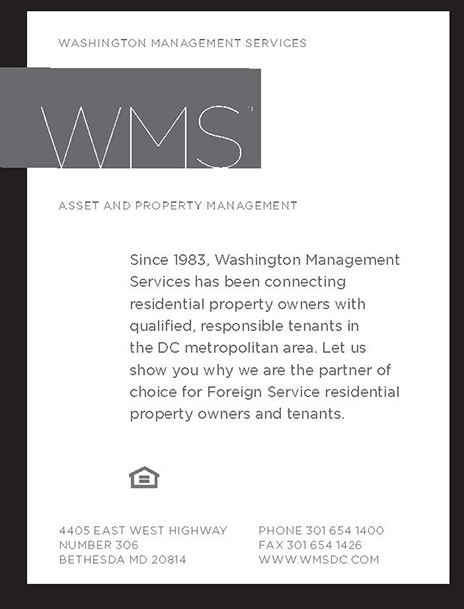 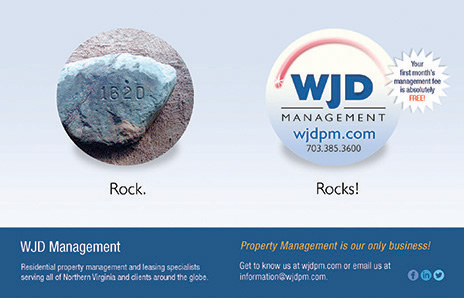 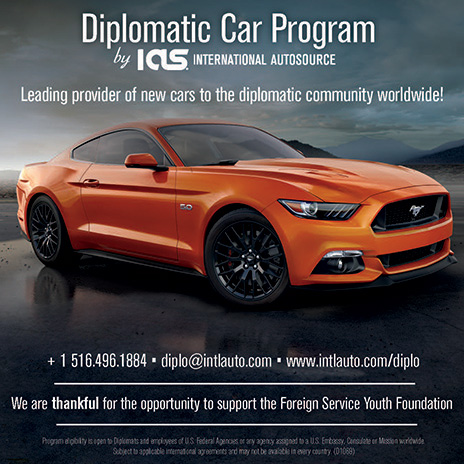 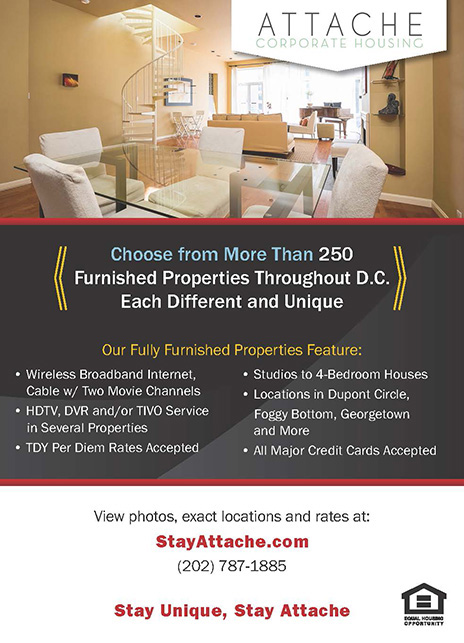