The Complex Challenge of Transporting Pets

A nail-biter pet shipping experience is an increasingly common part of Foreign Service life. Here are some tips on the process. 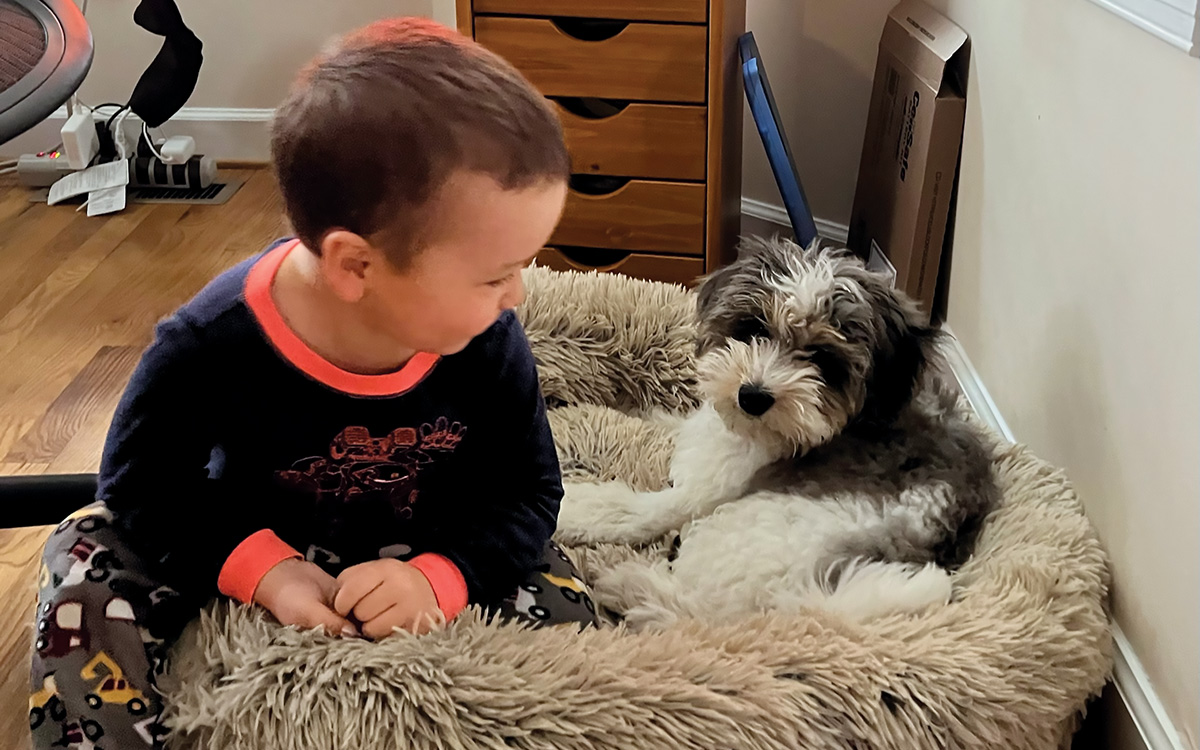 Jennifer Nichols’ son, Hunter, with Charcoal, the family dog. An FS officer, Nichols is doing a fellowship on Capitol Hill and has drafted legislation to ease the burden of the CDC dog import ban on government employees.
Courtesy of Jennifer Nichols

Ask just about any member of the Foreign Service community to name the most difficult, stressful part of a permanent-change-of-station move, and one answer is bound to bubble up: transporting pets. Flying cats and dogs is expensive, difficult to arrange and risky. In recent years, it’s only become harder.

At the height of COVID-19 in 2020, one Foreign Service family paid $14,000 to get three pets to the United States for home leave. It’s more than they’d ever paid before, primarily because of limited pandemic flight schedules from their post.

Making the arrangements to take a pet to post can take months from start to finish.

When home leave ended, the family headed back to the airport with confirmed pet reservations, regulation carriers and required health certificates destined for their next overseas assignment. To their surprise, the airline refused to board some of the animals.

“The resultant scramble to get my big dog off the plane as cargo, rent cars, pack the animals into said cars, and drive back to our home drained us of any reserves we may have been running on [during the pandemic],” they say. “We curtailed the next day.”

A nail-biter pet shipping experience is an increasingly common part of Foreign Service life. “For a number of years, there have been some challenges,” says Maureen Johnston, of the Foreign Service Institute’s Overseas Briefing Center, who is widely regarded as the State Department guru on pet transportation. “Since the beginning of the pandemic, the number of changes impacting the preparation time and costs involved for many pet owners has increased dramatically.” 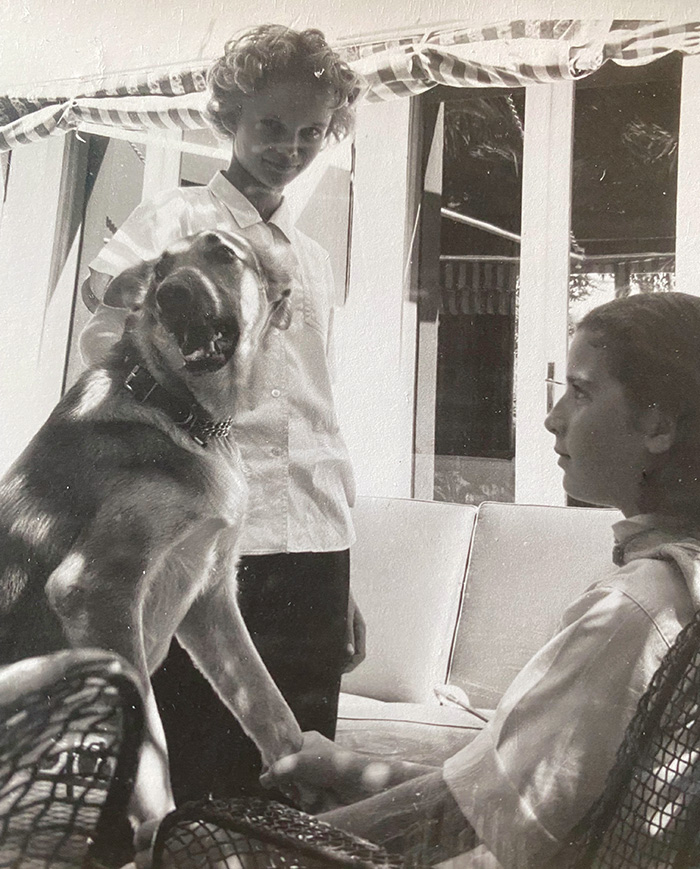 Retired FSO Susan Johnson, at right as an FS kid in the early 1960s, with school friend Suzanne Potter and Tigger, the dog the family brought from Ethiopia to France and Belgium. Johnson says pet travel was less bureaucratic in those days.
Courtesy of Susan Johnson

Comparing one pet PCS (permanent change of station) to another is like comparing a chihuahua with a bull mastiff. As is the case so often in Foreign Service life, the answer to how to transition overseas with an other-than-human family member is: it depends.

The process starts when a Foreign Service member is bidding on the next assignment. The suitability of a post for the family pet is often one of the criteria, alongside issues like schools and air quality, that families or individuals use to decide where they’re willing to serve. They research embassy housing, host government laws and quality of veterinary care. Making the arrangements to take a pet to post can take months from start to finish, including securing required vaccines, a rabies titer test and paperwork.

Most pet owners have three paths to get their furriest family members overseas: as airline cargo—the most expensive option; as accompanied baggage—an extra piece of checked luggage; or in the cabin—if the pet is small enough to fit under the seat in its carrier.

Those options are dwindling. Over the past decade, many major American carriers, like United, have limited or stopped flying animals in the hold as cargo or accompanied baggage. And in 2020 the U.S. government ruled that airlines are no longer required to accommodate “emotional support animals” in the passenger cabin. (Trained and certified service animals are still allowed.) In summer 2021 the Centers for Disease Control and Prevention largely banned dogs from more than 100 countries. Diplomats traveling on official government orders can usually meet the complex requirements to repatriate their dogs, but the CDC ban continues to sow confusion and difficulties with the airlines.

New for the 2022 transfer season, OBC is advising pet owners transiting the European Union, which hosts typically pet-friendly airlines like Lufthansa and KLM, to check country-specific requirements for transiting its airports. Some countries may require a transiting pet to meet the same requirements as they would to enter, especially if they are coming from a country the E.U. considers high-risk for rabies.

“The pet shipping landscape will continue to be challenging,” Johnston says. 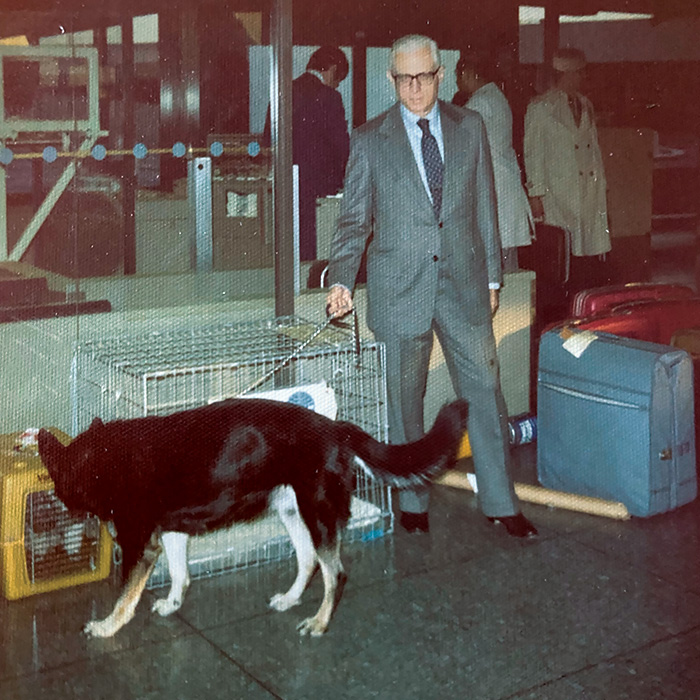 Johnson’s father, a Foreign Service officer, traveling with Indie on Pan Am circa 1974.
Courtesy of Susan Johnson

Shipping pets internationally includes navigating a host of government regulations and entities. First, there’s the matter of how to pay for it. The Fly America Act legally limits diplomats to flying on government-funded tickets on U.S. carriers or codeshares, which may not offer the best routing or airlines for animals. In recent years, the government has offered some flexibility with cost constructing—or applying the value of one ticket to another airline or routing—for pet travel, but the ticket still has to meet Fly America requirements. Transfer allowances can be used to reimburse travelers for limited pet transportation costs, including quarantine or shipping agent charges.

Importing and exporting pets is largely regulated by the Department of Agriculture’s Animal and Plant Health Inspection Service, but other government agencies including Customs and Border Patrol, Fish and Wildlife Service and the CDC can play a role.

When exporting pets from the United States, APHIS says the most critical document is Form 7001, the export health certificate. It must be completed by an APHIS-certified U.S. veterinarian, and often then shipped off to an APHIS regional office to be endorsed by a staff vet. Many countries have their own forms and regulations, as well; and the APHIS website includes a searchable tool for all known import requirements from other countries. When in doubt, APHIS says, travelers should check with the embassy of their destination country.

Bringing pets back to the United States used to be as relatively simple as a proof of rabies vaccination, but that all changed with the CDC rules implemented in summer 2021. Now, dogs coming from countries designated as high risk for rabies must obtain a permit from the CDC—a process that takes months from start to finish and includes an annual titer test, along with evidence that the traveler is on government orders.

Earlier this year, when the threat of invasion by Russia led to the evacuation of embassy families from Ukraine, families serving in Kyiv endured layers upon layers of stress: wrapping up affairs, arranging schooling and housing in the United States, saying goodbye to friends and worrying about loved ones staying behind as essential embassy staff. Because Ukraine is considered by the CDC as high risk for rabies, securing an import permit and making travel arrangements for the family dog added to the intense pressures.

Bringing pets back to the U.S. used to be as relatively simple as a proof of rabies vaccination, but that all changed with the CDC rules of summer 2021.

“The knock-on effects of the ban resulted in members of the U.S. military and government paying thousands of dollars for tests, additional uncertainty and, for many, deep pain as they contemplated being separated from their dogs,” says one embassy family member. Kyiv was fortunate to have a CDC representative posted to the embassy who helped to liaise with the agency to expedite permits. Ultimately, nearly 70 embassy pets were successfully evacuated from Ukraine on a charter flight and reunited with their families.

The Embassy Kyiv family member says of the CDC permit process, “In an evacuation situation like ours, where families are focused on leaving quickly under the threat of violence, this shouldn’t be the primary focus of our community.”

Not Your Parents’ PCS 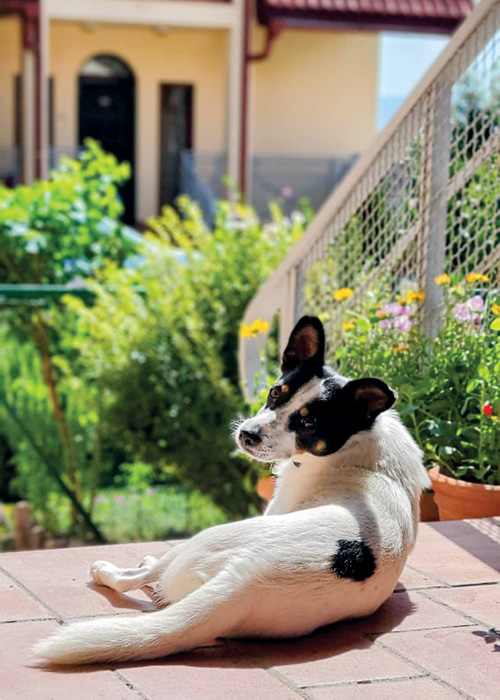 Mayo, the Honigstein family dog, was adopted in Tbilisi, Georgia, right before the CDC announced its dog import ban. Now the family worries about getting him home at the end of their tour.
Courtesy of Melissa Honigstein

Susan Johnson, a retired diplomat, former AFSA president and now president of the Association for Diplomatic Studies and Training, grew up in the Foreign Service. She recalls shipping dogs from post to post as a child. Back then, shipping crates sometimes had to be built from lumber rather than ordered from Amazon. “But there was much less bureaucracy,” she says, “and traveling with a family dog was not as stressful as it is today.” She adds: “Reunions at the baggage claim area were just as heartfelt and emotional.”

With a colleague, Johnson established the Facebook group Foreign Affairs Friends of Animals Network, which has nearly 2,000 members. She says FAFAN was just getting started when Cairo evacuated in 2011, forcing embassy pet owners to leave their animals under uncertain conditions. Since then, it’s become an ad-hoc support network for people trying to navigate the complexities of pet travel: airline pet reservations canceled at the last minute, questions about crate requirements or heat restrictions on flying, and testimonials about the importance of pet companionship.

The CDC ban has also galvanized the Foreign Service community, which has been signing petitions and reaching out to members of Congress to help. Jennifer Nichols, a Foreign Service officer and Pearson Fellow in the House of Representatives, drafted legislation to ease the burden of the CDC requirements on government personnel. The HENRY Act, which stands for “Helping Employees Navigate Rabies Regulations from over Yonder,” seeks to exempt Foreign Service personnel from the dog ban and provide some additional accommodations for government employees traveling with their pets, while supporting the CDC’s goal of keeping America rabies free.

For many pet owners, it feels like the rules are changing in the middle of the game. “We got our very first dog last year, about a month before the CDC announced its ban,” says Melissa Honigstein, an embassy family member posted to Tbilisi, Georgia. “We HONIGSTEINhad always resisted getting a dog, but caved because this sweet stray chose us and put his life entirely in our hands.”

She says: “We wouldn’t have adopted him if the CDC had made their announcement a month earlier. We’re deeply dreading the financial and emotional price we’re going to have to pay to get him to our next post.”

With all the difficulty, it makes you wonder why around 40 percent of Foreign Service members travel with pets (according to AFSA). Both pet owners and mental health professionals say animals can be a critical wellness component to a nomadic life.

“The psychological benefits of pet ownership are well documented, and are even more important in our mobile lifestyle,” says Jane Vanelli, a Foreign Service spouse and licensed therapist who counsels expats with the Truman Group. “Pets can ease loneliness, provide structure and a greater sense of purpose for both kids and adults. The psychological benefits far outweigh the negatives.”

Pets are critical to government efforts to recruit and retain a top-notch diplomatic service. The issue has the attention of AFSA and the State Department.

“As much as we can, the OBC is supporting our pet owners,” says FSI’s Johnston. “We understand the important role pets play as our community transitions from post to post.” 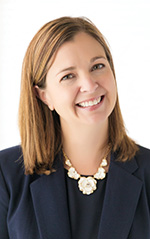 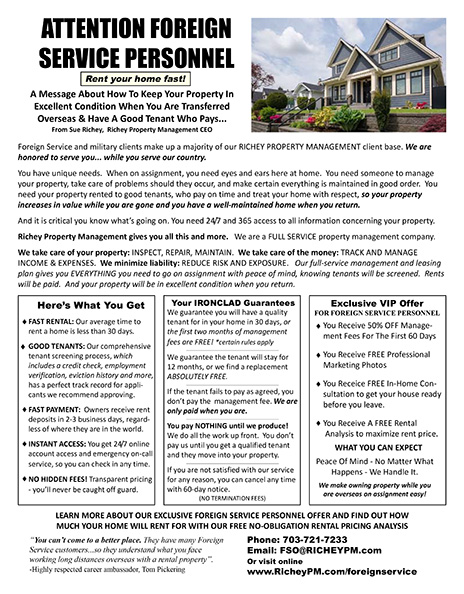