A Crown and a Nation

History matters. Finding ways to deploy common historical memories to strengthen relationships is good diplomacy. When I was the cultural affairs officer in Budapest, a Hungarian professor approached me about the upcoming 20th anniversary of the United States returning the Holy Crown of St. Stephen to Hungary in 1978. This anniversary was not on the embassy radar, making my proposal to stage a commemoration a tough sell.

It turned out to be a perfect opportunity, however, to connect Hungary’s prospective NATO membership with the “return to Western Europe” theme initiated by President Jimmy Carter’s decision to return the crown two decades earlier.

A vital symbol of Hungarian statehood, the thousand-year-old crown was put into American hands after World War II by Hungarians who didn’t want it to fall to the Soviets. It was secured in Fort Knox, Kentucky, where the State Department’s Hungarian desk officer visited it once a year.

The Hungarian American community, many of whom were refugees from the 1956 uprising, had opposed returning the crown as long as the country was under communist rule. The Carter administration came up with a formulation under which the crown was returned to the people of Hungary, not the government. We made sure it was received by all the religious leaders, including the chief rabbi, and placed in the Hungarian National Museum, not the parliament.

As I learned from old news clippings a local employee had saved for two decades (despite regular admonitions to clean out the files, bless her heart), the U.S. delegation that brought the crown to Budapest was led by Secretary of State Cyrus Vance.

The crown’s 1978 return initiated the process of drawing Hungary back into the West.

It included Representative Lee Hamilton and Nobel Prize recipient and biochemist Dr. Albert Szent-Györgyi. They arrived the day before the ceremony to turn over the crown; reportedly, some members of the delegation guarded the relic by sitting up all night playing poker.

Twenty years later, NATO enlargement was the Clinton administration’s primary foreign policy goal in Europe and an embassy priority. In a national referendum in late 1997, Hungary voted 85 percent in favor of membership, an overwhelming affirmation in advance of the U.S. Senate debate on expanding NATO to Eastern Europe.

Extensive media coverage of our January 1998 ceremony at the imposing Hungarian National Museum reminded Hungarians that the crown’s 1978 return initiated the process of drawing Hungary back into the West, and the resultant good feeling enabled the first Fulbright grants in 1979. Commemorating the event signaled that joining NATO represented another important step along Hungary’s journey from four decades under communist rule to a new future with the West.

Recognizing the trans-Atlantic usefulness of this narrative, the Hungarian government decided to present a $30,000 replica of the crown to the Carter Center in Atlanta, Georgia. President Arpad Goncz traveled to the United States to deliver it himself, stopping first in Washington.

On the day the Senate opened debate on NATO expansion, the crown was on view in the Capitol Rotunda. The Washington Post commented that the display would help Hungary’s chances in the Senate, which subsequently voted May 1 in favor of the inclusion of Hungary, Poland and the Czech Republic in NATO.

Today, the return of the crown merits its own page on the U.S. Embassy Budapest website, which explains the thousand-year history of this symbol of the Hungarian nation. It also notes: “the decision by President Jimmy Carter to return the Crown in 1978 was a controversial one, and one which took political courage,” adding that “the return of the Crown was both an occasion for improving U.S.-Hungarian relations and a device for pulling Hungary towards the west. It allowed the traditional warm relations between the two countries to resurface.” 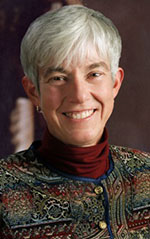 Beatrice Camp retired in 2015 from a Foreign Service career that took her to China, Thailand, Sweden and Hungary, in addition to assignments at the State Department and at the Smithsonian Institution in Washington, D.C. She is editor of American Diplomacy, an online journal