Most countries provide professional education for their diplomats, and some operate establishments specifically for that purpose. Few of us would claim that the Department of State or any other U.S. foreign affairs agency provides the equivalent with any degree of seriousness or comprehensiveness. Our Foreign Service Institute, for all its virtues (and our fond memories), is essentially a training, not an educational, institution.

However, there are signs of growing interest in diplomacy education, expressed, for example, in a paper the American Foreign Service Association recently submitted to the Quadrennial Diplomacy and Development Review drafting team. If that proposal is pursued, we may yet see a serious program of professional education put in place for America’s professional diplomats.

First, though, we need to reach agreement on what diplomacy means. There is much confusion about the concept—and not just among lay people, but among its practitioners, as well. Part of this derives from the fact that English is a tricky language, requiring a good deal of care to ensure that what is said is what is meant. Even at the level of single words, misunderstandings can occur, given that words often have multiple meanings.

A good example is the word “diplomacy”—which, in addition to its formal reference to a specialized activity of governments, has come to denote personal qualities involving pleasing manners. Even in the context of its original meaning, there is much confusion among several terms that many people erroneously believe are synonyms for diplomacy: e.g., foreign affairs and foreign policy.

Using some fairly standard dictionary definitions, we find that “foreign affairs” means “matters having to do with international relations and with the interests of the home country in foreign countries.” The term “foreign policy” introduces a further distinction: it means “the diplomatic policy of a nation in its interactions with other countries.”

In contrast, diplomacy is generally defined as “the art and practice of conducting negotiations between nations” in order to implement those polices and pursue those interests.

This gives us a nice progression from the general subject (foreign affairs) to a specific manifestation (foreign policy), and on to implementation (diplomacy). But that leads, in turn, to another potential source of confusion.

In the policy context, each government has its own diplomacy. But in the operational sense, diplomacy also refers to the conduct of business between and among governments, carried out through bureaucratic institutions and processes. Or, to put it another way, the former is loosely intended to refer to a country’s “foreign policy,” while the latter concerns the activity of a country’s foreign policy bureaucracy.

Obviously, these terms and what they represent overlap. The continuing and inevitably intimate relationship between foreign policy and diplomacy—between the objective and the means—ensures they can never be completely separated, at least in the mind of the general public. But there are fundamental differences between them.

For most of our history, John Quincy Adams’ 1821 declaration that the United States “does not go abroad in search of monsters to destroy” was a more accurate representation of American diplomacy. In any case, as we know, many other governments do not include democracy promotion in their foreign policy; nor do their diplomats pursue such activities or work with those who do.

Diplomacy is the instrument of communication, not the message communicated.

Diplomacy is the instrument of communication, not the message communicated. George Kennan, who thought about his profession as seriously as he did about foreign affairs and foreign policy, noted: “This is the classic function of diplomacy: to effect the communications between one’s own government and other governments or individuals abroad, and to do this with maximum accuracy, imagination, tact and good sense.”

In other words, the medium is not the message—though the widespread confusion between the two obliged the legendary academic student of international politics, Hans Morgenthau, to comment that there was a common “confusion of functions between the foreign office and the diplomatic representative.”

But the medium does have a corporal form; in fact, it has two. The first is the activity itself, when officials—from presidents to third secretaries and the occasional “special representative”—practice diplomacy: that is, conduct official communications between governments.

The second form is an established institution. Even the Internet operating through the cloud requires some form of instrument at either end of a conversation. For diplomacy, that physical instrument is a foreign service (the diplomatic and consular personnel of a country’s foreign office) such as the United States Foreign Service (a government service of diplomatic and consular staff established by law as part of the executive branch.)

This corps of officials is an instrument of the government, one of the tools in the foreign policy toolbox—not an independent force. Most countries try to organize that instrument in the form of a professional cadre, recruited, trained and educated for their task as representatives and interpreters of their country’s foreign policy.

However, diplomacy has never been a popular, or even understood, activity in most Western countries. So, after the remarkable performance of Benjamin Franklin in Paris, the United States proceeded to conduct its diplomacy for more than a century via an ad hoc mixture of personalities chosen largely by means of the political tradition of the “spoils system.”

Fortunately, by the early 20th century Americans came to accept the idea of a professional Foreign Service as important to the country’s independent existence. That awareness produced the Rogers Act of 1924, which created the professional Foreign Service of the United States. Changes and reforms were introduced over the rest of the century as the country moved from its traditional policy of hemispheric isolationism to world leadership.

“A career Foreign Service, characterized by excellence and professionalism, is essential in the national interest to assist the president and the Secretary of State in conducting the foreign affairs of the United States.

“The scope and complexity of the foreign affairs of the nation have heightened the need for a professional Foreign Service that will serve the foreign affairs interests of the United States in an integrated fashion and that can provide a resource of qualified personnel for the president, the Secretary of State and the agencies concerned with foreign affairs.”

So perhaps the problem of definition is not really that difficult, after all. We only need to turn to the relevant legislation, and listen to our elected leaders. If Congress understands that the business of the Foreign Service is to conduct diplomacy on behalf of the United States, and to serve the nation’s foreign affairs interests, why can’t everyone else? 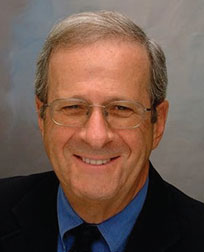 Edward Marks spent 40 years in the U.S. Foreign Service, including an assignment as ambassador to Guinea-Bissau and Cape Verde. A senior mentor at various military institutions, Ambassador Marks currently serves as a retiree representative on the AFSA Governing Board, a member of the American Diplomacy board and a Distinguished Senior Fellow at George Mason University.