Practitioners, Scholars and the Study of Diplomacy

The relationship between practicing diplomats and international relations academics is fraught, and they are certainly not on the same wavelength when it comes to teaching diplomacy. Does it matter?

Generally speaking, practitioners of diplomacy are not interested in what the people who study international relations have to say about them. When they do glance at an academic book on diplomacy, they will often be puzzled as to why so much time and space was required to make the point in question.

A visit to an academic conference on international relations can be similarly fruitless. Good luck to practitioners who seek a panel on diplomacy as a safe haven in a sea of mathematical modeling and impenetrable discussions about how identities are constructed and constituted. They are likely to find instead a group of people who speak in tongues and beat their insights to death, talking about things which seem as remote from the world of ordinary diplomats as one could imagine.

Fortunately (at least if one values symmetry in relationships), the diplomats’ lack of interest in academics is fully reciprocated. Within academia, diplomacy is not one of the hot research areas compared with, for example, international theory, international political economy, international organization or global governance (although public diplomacy has made something of a showing recently). The subject of diplomacy does not even appear in the index of many new international relations textbooks; and when it does, the listing usually directs readers to the briefest discussion of ideas like immunity and asylum, before moving them along to the much more developed subfields of negotiation, mediation and bargaining.

To add insult to injury, even the relatively few academics who are genuinely interested in diplomacy tend to spend their time investigating its declining importance and critiquing its established practices. They argue that it must be overhauled to be of any use in a networked world where information is plentiful, cheap and easy to generate, and in which news travels fast among a host of new international, transnational and global actors. What these students of diplomacy do not do is spend a great deal of time actually looking at professional diplomats and their work, or what they have to say about their chosen profession.

With this in mind, The Hague Journal of Diplomacy, which I co-edit, has a section called “Practitioner’s Perspectives,” in which we ask diplomats to reflect on what they actually do. The best of what we publish in this section is very good indeed, but most of the submissions we get from diplomats in the field are not quite what we are looking for. Instead of reflecting on their own professional experience, they tend to describe the great international episodes they were privileged to witness in the course of their careers, or pontificate on the great international issues of the present and what, in the author’s view, should be done about them.

So it would appear, at times, that even diplomats are not interested in the nitty-gritty work of diplomacy. Instead, many of them would very much like to be statesmen orchestrating and presiding over the sort of “l’unité de direction” (literally, unified direction) in policy for which Cardinal Richelieu argued, but to which even Henry Kissinger could only aspire.

Everyone feels a bit embarrassed about this state of affairs. The academics acknowledge that diplomacy ought to be important, and the diplomats keep showing up at professional conventions, hoping that academics will have something interesting, important or useful to say about diplomacy (though they often leave disappointed and determined to write a book about diplomacy themselves).

Of course, worrying about the relationship between theory and practice is nothing new. The American political scientist Alexander George spoke many years ago about bridging the gap between international relations and foreign policy by generating hard propositions about what sort of coercive diplomacy is likely to work and under what conditions. And back in the 1970s, retired FSO Smith Simpson found himself in a battle with his colleagues at Georgetown University’s Edmund A. Walsh School of Foreign Service over whether they should be teaching diplomatic theory to future diplomats, or exposing them to what were regarded as more practical things which it might be handy for them to know as they embarked upon their careers. That debate led to the founding of the school’s Institute for the Study of Diplomacy in 1978.

However, the intensity of that argument has sharpened over the past couple of decades for two reasons. The first has been the increasing pressure on those teaching and conducting academic research to justify themselves in terms of their usefulness, not just to the direct beneficiaries of their work but, in public institutions at least, to the taxpayers who fund them.

Fortunately (at least if one values symmetry in relationships), the diplomats’ lack of interest in academics is fully reciprocated.

Furthermore, in an era where the strategic interplay of superpowers and the adventures of the unipolar interlude have been replaced by a steady slide towards multipolarity, in which no one country dominates, it has been argued that we should expect diplomacy to become more important. Diplomacy should therefore be a primary focus of academic research because it remains, in Raymond Cohen’s phrase, “the engine room of international relations.” It should also be a principal focus of international relations instruction because it offers one of the best chances for obtaining a job in the field. Discourse analysis, deconstructions of constitutive ideas and theories about the international system, in contrast, may equip a student only for staying in school.

Despite these pressures and efforts, however, the study of diplomacy remains on the margins of consciousness for both diplomats and international relations academics. Why is this so, and should we worry?

What Do Diplomats Want?

Part of answering these questions lies in asking what diplomats would really like to hear from the people who study them. In the main, they seek usable insights from the management sciences about how to organize complex organizations and how to operate effectively within and between them. Practitioners are not interested in hearing from academics about the mysteries and particularities of being a diplomat, any more than professors are interested in hearing from outsiders about the mysteries and particularities of teaching and undertaking research. Rightly or wrongly, both camps think they have this covered.

The other part lies in asking what the people who study diplomacy are interested in and, perhaps more importantly, whom they consider their primary audience. On the whole, they are not interested in finding out what diplomats do—this is a known. They are a bit more interested in helping diplomats “do diplomacy” better, but this seems to require an understanding of fields other than diplomacy. Moreover, as academics they have no stake in solving the problems of particular diplomatic services and their political masters. Such efforts cross over into the realm of policy advocacy, and there is no shortage of people who already engage in that.

What students of diplomacy are interested in is demonstrating why the work of diplomats is so important and ubiquitous—not just to their colleagues but also to the public at large. As long as people live and work in separate groups, each having a strong sense of its separate identity, but each needing relations with others, then these relations will have a distinctive and potentially dangerous character. Experience suggests that such relations are best handled by people steeped in the understandings, conventions and rules which have emerged over centuries and continue to develop, and which we associate with diplomacy.

This is what is unique to diplomacy, those who study it say. Yet paradoxically, it is not particularly interesting to diplomats because they already know it. (At least if they are any good.) What can diplomats do with the information that their symbolic and representational significance is as important, and sometimes more important, than anything they might actually accomplish? And does it really matter to members of the diplomatic corps that their role is one of the very few tangible expressions of the international society or community to which everyone routinely makes reference?

The answer to whether or not diplomacy is useful echoes the old defense of the liberal arts. Diplomacy is useful, but only once you take it on its own terms and stop looking for proof of its utility. So, yes, diplomats should continue to glance at academic publications about their profession and attend the occasional international relations conference, hoping not for revelation so much as the odd insightful nugget for future use. They should also speak up when academics seem to have missed the point, and say that, in their experience, at least, “Diplomacy is not like that at all.”

Academics, for their part, should hang out with diplomats once in a while, to remind themselves both of what is special and what is mundane about their profession.

Finally, neither party should worry if the relationship between them is not as close as others—often their respective managers, administrators and consultants—press them into expecting it to be. 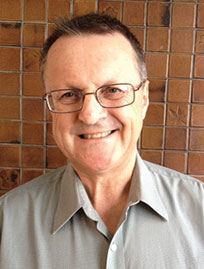 Paul Sharp, a professor of political science at the University of Minnesota Duluth, was founding co-chair of the Diplomatic Studies Section of the International Studies Association and is founding co-editor of The Hague Journal of Diplomacy.