Discovering Our Consulate’s History, We Discovered Ourselves

The Foreign Service Journal > April 2020 > Discovering Our Consulate’s History, We Discovered Ourselves

Digging deep into his post’s history unearthed more than this FSO ever expected—including a passion for discovering and sharing knowledge to aid public diplomacy and boost morale.

A copy of the first despatch that came out of Matamoros in 1826.
National Archives and Records Administration

It all began with a claim I had heard repeatedly since arriving at post as a first-tour consular officer in the summer of 2017: Consulate General Matamoros, so the story went, had been founded in 1832 and was the world’s oldest continuously operating U.S. consulate.

But I soon ran into a contradiction when I learned the consulate in Ponta Delgada in the Azores Islands, founded in 1795, has long been recognized as the world’s oldest U.S. consulate. So was the founding date of our post in Matamoros as mythical as its claim to be the oldest consulate in the world? In fact, I would soon find, it was.

My curiosity about Matamoros led me to the State Department’s Office of the Historian. There, I was provided with scans of old personnel cards that seemed to indicate the first consul in Matamoros had been appointed in 1832. Indeed, official State Department records listed that date, too. I decided to dig deeper, however, and contacted the National Archives and the Library of Congress. I talked to the Bunche Library at the Department of State. I pored over archives of department publications.

Finally, at the University of Texas Rio Grande Valley, in Brownsville, Texas, I found the Holy Grail. In a copy of a National Archives and Records Administration microfilm publication containing reproductions of original records was the first despatch written by a consul in Matamoros—dated 1826, not 1832. Further investigation into newspaper records revealed that our first consul had actually been appointed in 1825, when the city was known as Refugio. Its name changed to Matamoros the following year, in 1826.

The department’s records were incomplete and, in some cases, erroneous. They had listed Matamoros and Refugio as two separate consulates, when they were actually one. Fortunately, I was able to work with the Office of the Historian to correct the department’s account of the consulate’s founding.

Digging deeper into newspaper archives from the 1800s, consular despatches and declassified department records, I realized how remarkable our consulate’s history really was—and how incomplete our knowledge of it had become. For instance, buried in archival records was the fact that in 1862 our consulate had burned to the ground during a siege of the city. This was one of many violent incidents throughout the 1800s and early 1900s in Matamoros, a strategic location during various Mexican revolutions.

The coolest finds, however, were the stories of heroic employees who had been forgotten over the years.

Another fact: the local business community found the consulate to be so valuable that its members had helped fight off attempts to close the consulate due to budget cuts twice, in 1948 and in 1995. There were even long-lost photos and original floor plans for the building that housed the consulate between 1872 and 1948.

I also discovered plenty of fascinating, and sometimes disturbing, drama. A consul in the 1860s cut all the records out of post accounting books before fleeing under a cloud of corruption charges. And in the 1930s, another consul’s teenage son was caught trying to smuggle marijuana into the United States in his own car.

The coolest finds, however, were the stories of heroic employees who had been forgotten over the years, like the story of a consul who was shot in the cheek in 1851 while helping put out a fire during revolutionary street combat in Matamoros. Or the consul in 1913 who remained valiantly at post while fighting raged in the streets surrounding the consulate building.

And another, Consul Richard H. Belt, died an agonizing death during a typhoid fever outbreak while serving in Matamoros in 1844. Because he had never been recognized on the AFSA Memorial Plaques, I nominated him to be added, and the nomination was accepted.

When I shared these findings with my managers, American Citizen Services Chief Etan Schwartz, Consular Chief Elizabeth Alarid and Consul General Neda Brown, they responded enthusiastically and supportively. Within a few days, we were developing a Facebook campaign and a brochure about our rich, long-lost history for visitors to the consulate, working to rewrite erroneous information on our post website and integrating historical information into the consul general’s speeches. We soon found that this project was helping to advance an important policy objective: strengthening the U.S.-Mexico relationship.

We also found ways to integrate my project into the everyday work of the consulate. As just one example, the American Citizen Services unit was able to use old newspaper articles and press releases to pinpoint the exact dates and circumstances of a 20-year-old incident as part of a fraud investigation. 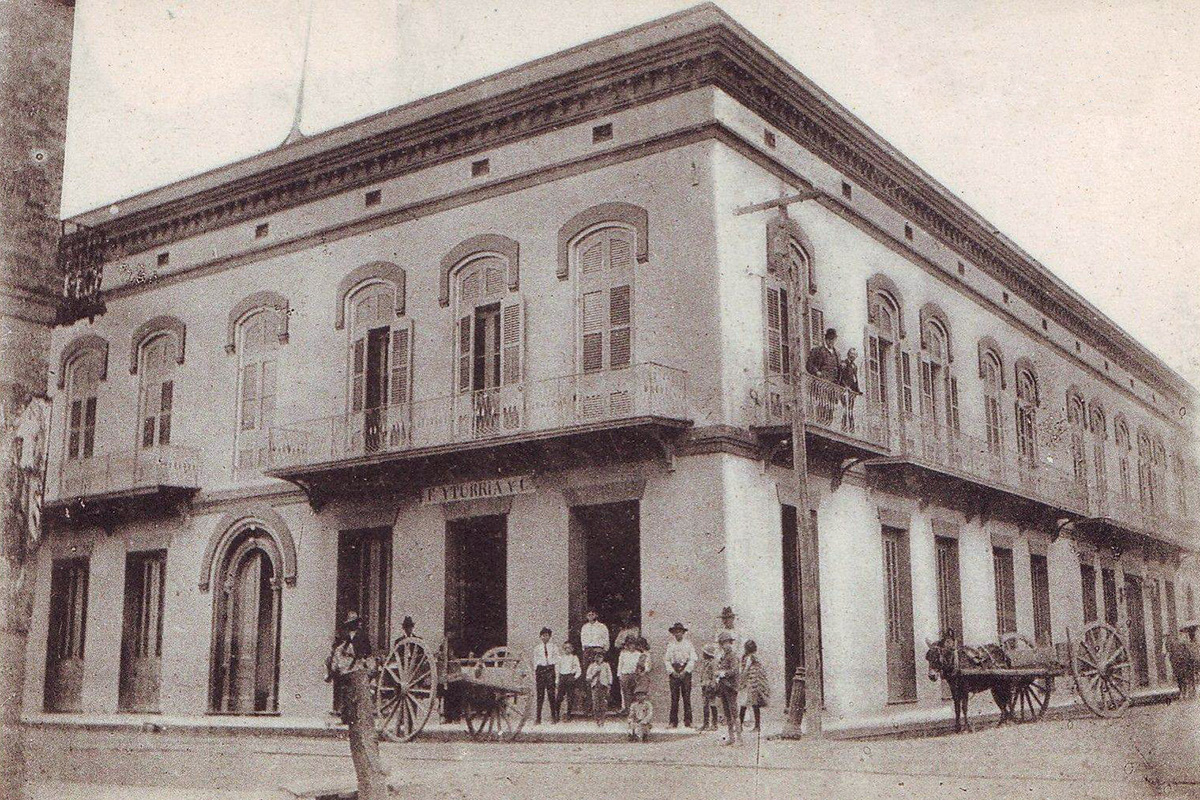 The U.S. consulate in Matamoros in the early 20th century.
Méxicoenfotos

But the most gratifying moment of my yearlong project came when CG Brown invited me to speak to the entire consulate community about my discoveries. Afterward, some colleagues approached me to discuss ideas of how to ensure our consulate maintained its history. Should we frame old consular despatches? Create a partnership with a local university to digitize all that we’ve discovered?

One colleague excitedly told me after my presentation that understanding the past can help us understand the consulate’s integral role in northeastern Mexico. “We belong here, and we’re part of the richness of this area,” he said. “Seeing that come to life is really inspiring.”

So why put effort into researching your own post’s history? There’s the abstract argument that knowledge of history can help right past wrongs, honor forgotten heroes and inspire us all toward a better future.

But there’s also a more practical perspective. Posts can convert their own unique story into concrete public diplomacy and morale-boosting deliverables, just like in Matamoros. And the really good news: It’s not that hard at all.

Your starting place should be the State Department’s Office of the Historian, which has great resources and advice. Historian Tiffany Cabrera started me off by emailing me digitized copies of “consular cards,” file cards begun in the 1800s that listed all U.S. consular personnel assigned to Matamoros through the 1950s (although, as I later found out, the records weren’t completely accurate). She also recommended other places to explore, such as the Association for Diplomatic Studies and Training’s oral history project, the State Department’s Bunche Library and AFSA’s website, which has an amazing digital archive of every issue of The Foreign Service Journal since 1919.

By mining the above resources, you’ll have a decent amount of information. But there’s more. Your next step should be the National Archives and Records Administration, the repository for the permanently valuable records of the U.S. government, including the State Department. The department’s central files are the key records. The pre-1907 diplomatic and consular despatches (reports to the department) are available through various issues of the “Despatch” series of National Archives Microfilm Publications and distributed to libraries around the world (find the location of the “Despatch” series you’re looking for at worldcat.org). They are also available for purchase at eservices.archives.gov/orderonline.

The entirety of the central files for the 1906-1910 period and some records for the period 1973-1979 are available online. For the most part, you’ll likely need to travel to the National Archives itself for the records in-between, but they’re there for the searching if you have the time. The central files from 1980 and later remain in the custody of the department.

Posts can convert their own unique story into concrete public diplomacy and morale-boosting deliverables, just like in Matamoros.

Other useful sources of information may include your nearby universities or the local foreign ministry, which likely has an extensive archive of old correspondence between your post and the local government. During my research, I realized that the Mexican government had maintained more than 100 years of fascinating records pertaining to past U.S. consuls in Matamoros, all available and open to the public in Mexico City. In addition, I found that the University of Texas Rio Grande Valley, across the border from Matamoros in Brownsville, Texas, was eager and excited to help.

Border consulates in Mexico and Canada are particularly well positioned to tell their stories because of their proximity to world-class American universities, which often have meticulously maintained information regarding nearby border posts. Also, their activities have been reported on extensively by U.S. newspapers. Indeed, in many instances, relying almost completely on American sources may be necessary.

For instance, my research revealed that the entire local archive of Matamoros newspapers from the 1950s and 1960s had been destroyed in a flood. Yet the vast majority of U.S. newspapers, from The New York Times to the Brownsville Herald and stretching as far back as the 1700s, are available through sites such as newspaper.com or newspaperarchive.com. Many old consular records are also available through ancestry.com. Although some of these sources are behind a paywall, there are also free options like the excellent “Chronicling America” newspaper series of the Library of Congress.

How deep you dig will depend on how deep you want to go. You might be satisfied by simply tracking down and framing the very first consular despatch ever written from your post. Or you may become so addicted to the research that, like me, you just won’t be able to stop. If that happens, your public affairs officer and front office will love you for it.

And you never know how your efforts might connect you to something bigger. As it happened, while I was researching at the post level, the Bureau of Consular Affairs was engaged in an effort to explore the history of the U.S. consular service globally and included some of my research in its work. In addition, through a joint project, the Office of the Historian and I are creating a toolkit that will empower posts to more easily tell their histories.

Throughout my investigation into the history of Matamoros, I realized I was a pioneer in a way. My project had plugged historical holes and inspired my colleagues. And for that, I’m grateful.

There’s a very good chance your own post’s history contains unusual, wild and incredible stories that have been lost to oblivion. Don’t assume that anyone has sought them out before. You might be the one to tell those stories to your colleagues—and to the world. 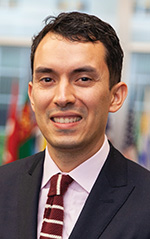 Moises Mendoza left Matamoros, Mexico, in June 2019 after serving two years as a first-tour consular officer. His next post is Port-Au-Prince, Haiti, where he will be a political officer. He is currently working with the State Department’s Office of the Historian on a project to enable posts to more easily access and use historical records. The views expressed in this article are his own and are not necessarily those of the U.S. government. The author would like to thank Bill McAllister with the Office of the Historian, David Langbart with the National Archives and Records Administration, and Foreign Service Officer Telside Manson for their assistance with this article. 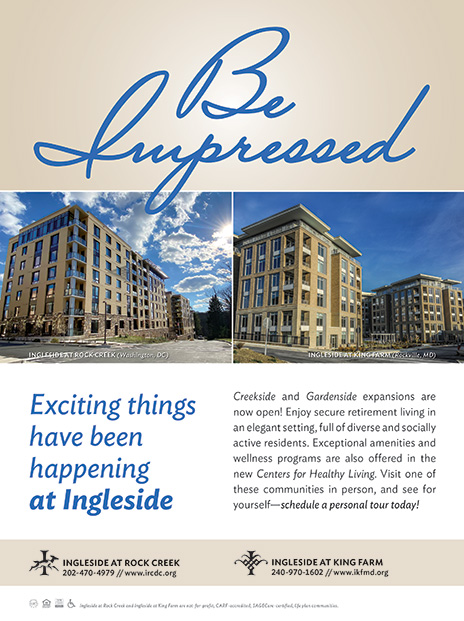