Needs of the Service and Those of Our People: The New HR

The Foreign Service Journal > April 2020 > Needs of the Service and Those of Our People: The New HR 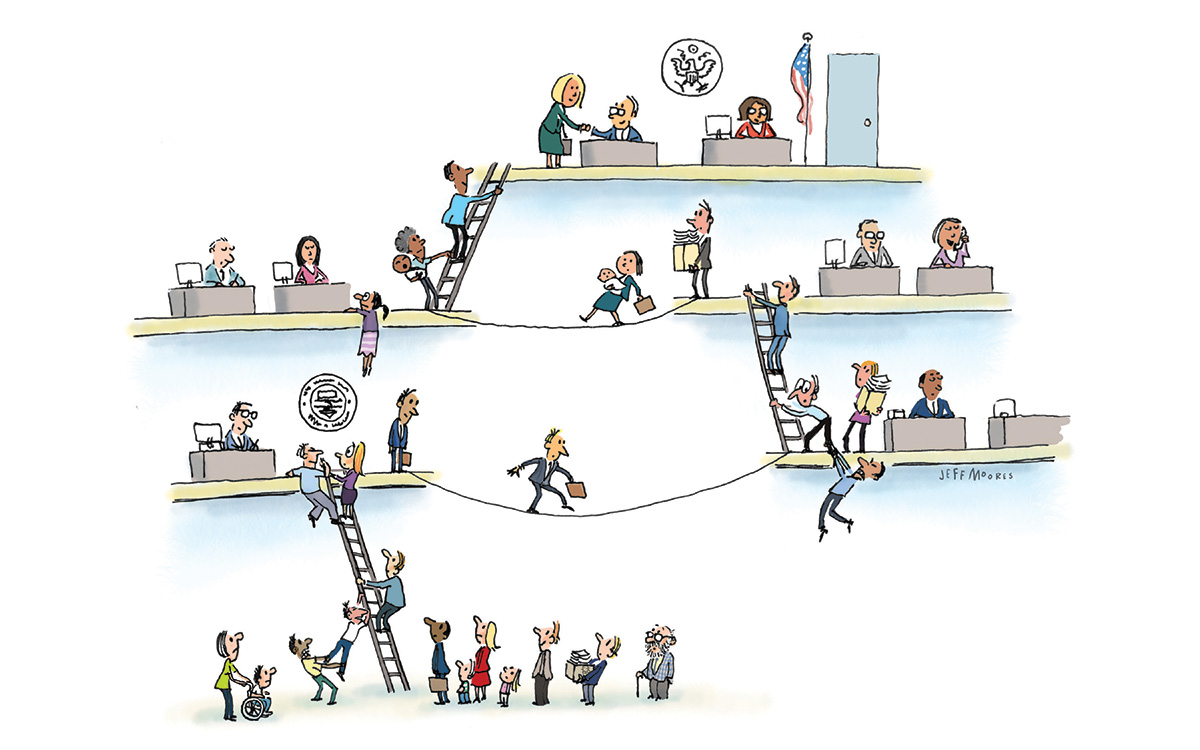 The goal of any human resources team is twofold: to support employees and to strengthen the institution they serve. It seems simple enough. Just two things. But when they have to be done simultaneously, the balance can be difficult to strike. Lean too far on either side, and you risk undermining the institution or eroding the morale of the people who make it work.

This can be particularly challenging for the Department of State’s Bureau of Global Talent Management, formerly known as the Bureau of Human Resources. GTM supports nearly 14,000 Foreign Service specialists and generalists, as well as the department’s more than 10,000 Civil Service employees, eligible family members and more than 50,000 locally employed staff. The bureau plays a role in every step of a Foreign Service employee’s career—from their entrance exam to their retirement out-briefing, and is involved in all of the relocations, trainings, bidding and assignments, and promotions in between.

Each year, roughly 37 percent of the Foreign Service relocates. Representing the United States overseas is an exciting and rewarding vocation, but not always an easy one. The bureau took on a number of significant reforms in 2019 to provide greater support and enhanced flexibility for employees. These changes, in turn, contribute to the bureau’s broader mission to recruit, retain and empower a high-performing, diverse 21st-century workforce equipped to advance U.S. foreign policy goals.

Last July, Director General Carol Z. Perez announced the elimination of the Fair Share bidding requirements, starting with the Summer 2020 assignments cycle. Fair Share was originally designed to ensure equitable burden sharing of service at high-differential posts (the posts with the highest levels of hardship and/or danger), but an analysis of bidding and assignments data revealed that the policy was slowing the assignments process without achieving its desired outcome. The policy required that employees bid on high-differential posts, but not actually serve in them.

In practice, department-wide surveys from 2017 and 2018 on service at high-threat posts revealed, most employees were motivated to bid based on financial incentives, career progression and the desire to serve our nation in the toughest places, not because of the Fair Share policy. Of all high-differential positions on the 2018 assignment cycle, only 5 percent of paneled jobs were filled by bidders subject to the policy. While well-intentioned, Fair Share ended up delaying the assignment process for certain bidders, thereby limiting their opportunities, without contributing to the department’s goal of staffing high-differential posts. Its elimination should simplify bidding and make the assignments process more efficient.

The PDP, which is being phased in now and will completely supplant the CDP by 2026, strengthens the hardship standard by requiring FSOs to have completed a 20 percent or greater hardship assignment after tenure, as well as either another tour at a 25 percent or greater differential post or a tour at an unaccompanied post during their career. The CDP requires service at a 15 percent or greater differential post—either one tour after tenure or two entry-level tours. The PDP also allows FSOs more flexibility in meeting the language requirement. Under the PDP standard, officers must test at the 3/3 level (or at the 3/2 level for a hard or super-hard language) any time after tenure. The CDP requires officers to test at the 3/3 level within seven years of opening their window to become eligible for promotion into the SFS.

The PDP for office management specialists contains the same requirements, as will the PDPs for other categories of specialists that will be phased in over the coming years.

Several reforms adopted in 2019 provide additional resources for employees to better care for themselves and their families. On Dec. 20, President Donald J. Trump signed the FY 2020 National Defense Authorization Act, which includes the Federal Employee Paid Leave Act. Under this legislation, which received strong backing from State Department leadership and employee organizations, federal government employees will receive 12 weeks of paid leave following the birth, adoption or foster placement of a child as of Oct. 1, 2020. In a message informing State Department employees of the new law, Director General Perez welcomed the new policy, stating that she had seen far too many federal government employees, herself included, take leave without pay following the arrival of a new child.

The department also implemented reforms designed to provide greater assistance to Foreign Service families with special needs children, including revisions and clarifications to policies and procedures related to the Special Needs Education Allowance. 3 FAM 3280 codifies recent regulatory changes that expand and clarify the services covered by SNEA, including services provided outside a school setting, educational consultants and extended school year services. [See “What’s Next for SNEA?.”]

To support and retain employees facing life circumstances that require extra flexibility, the Director General announced in November that employees may take leave without pay (LWOP) for up to three years at a time under a new pilot program. This additional flexibility will enable employees to address family commitments, learn new skills or recuperate from illness, without having to resign. The Director General has also encouraged bureaus to increase the number of domestic positions eligible for domestic-employee-teleworking-overseas (DETO) arrangements to facilitate assignments for the growing number of tandem employees.

Encouraging a Change in Culture

While some reforms are the result of policy changes, others require a change in department culture rather than the rulebook.

To that end, in a September 2019 cable the Director General encouraged the use of annual leave when possible for employees newly arriving at post. By tradition, Foreign Service employees are expected to begin work on arrival in country, while they are at the same time settling into a new residence and, in many cases, enrolling children in school or arranging childcare.

Employees may take leave without pay (LWOP) for up to three years at a time under a new pilot program.

I remember arriving at one Latin American post with the intention of spending the first week focused on learning my new job and unpacking. My daughter’s overzealous high school teachers, however, had other plans; on the first day, they assigned homework that required internet access, which I had to scramble to arrange. At another post, in Europe, my supervisor, a single parent, had to find someone to babysit her two small children so she could attend a front office meeting within 48 hours of her arrival in country. Regulations do not permit the use of administrative leave or consultation days in these situations, but there is no such restriction on annual leave.

Contrary to common perception, the FAM does not limit SCTO to emergencies and VIP visits. It can be applied to any situation in which an employee is assigned official duties outside regular work hours, such as participating in a webinar with an office in another time zone or working the check-in table for an evening Fourth of July event.

Meeting the needs of a diverse and rapidly changing workforce is a moving target, and therefore more changes can be expected this year. Some initiatives are already in the works, including a department-wide Diversity and Inclusion Plan, a new Manager Support Unit in the Office of Employee Relations and a monthlong program of events to recognize the outsized role that managers and supervisors play in retaining and developing talent.

Other ideas will come directly from the workforce. In May 2019, the Bureau of Global Talent Management launched the DG Innovation Portal, which has received more than 1,000 submissions from employees with ideas on everything from workplace flexibilities to career development. In 2020, GTM stands ready to turn some of these ideas into concrete changes to support employees and strengthen our institution.

Philip W. Kaplan joined the Foreign Service in 1994. He has served in Santo Domingo, Panama, Ankara, Vienna and Lima, as well as in Washington, D.C., where he is currently acting director for generalists in the State Department Bureau of Global Talent Management’s Office of Career Development and Assignments. 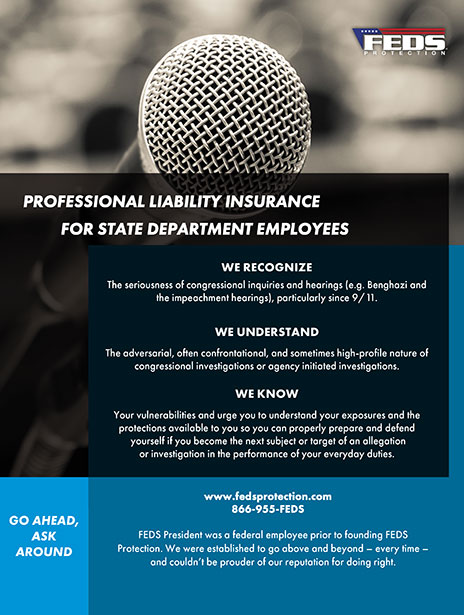 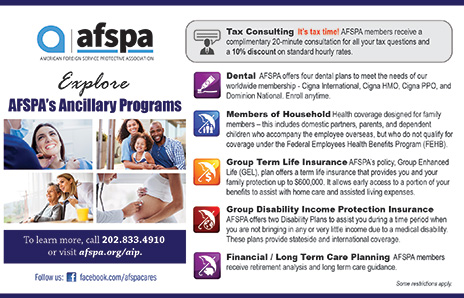 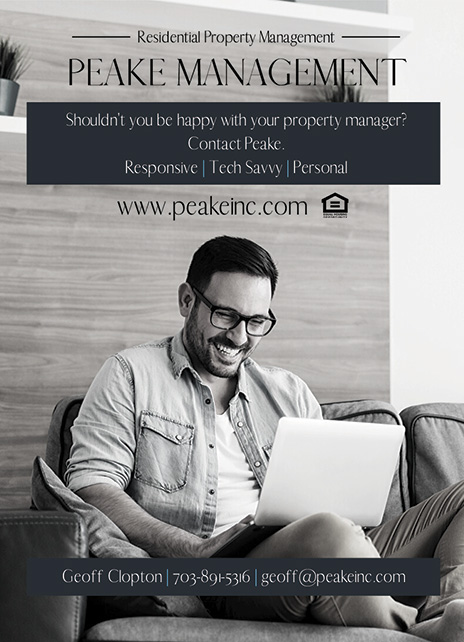