“Up or out” is borrowed from the military. The regulations for “up or out” set limits (usually short) on the time in class an officer can serve before being either promoted or selected out. The intention, of course, is to thin out senior ranks to provide “flow-through” space for more junior officers to move up the pyramid. This suits the military hierarchy.

Yet diplomacy requires larger portions of international sophistication, tact and specialized knowledge, while demanding less physical prowess in its execution. That is why every other developed country’s diplomats are generally allowed to remain in active service until reaching the age of 65.

At a symposium on creativity run by the Department of Defense back in the 1980s, a psychologist presented findings on the ages at which the heights of effectiveness are thought to be reached in various professions. It should surprise no one that advertising professionals were most effective in their late 20s and the military in older years. But the height of effectiveness in diplomacy was reached even later, by practitioners in their 60s. Clearly, the age of greatest effectiveness depends on the type of mission to be accomplished.

A Career or a Way Station?

“Up or out” is also based (often unconsciously) on the belief that the Foreign Service is not truly a profession. Proponents of this view claim its work involves so many characteristics and skills that are also partially present in members of many other professions, such as lawyers, politicians, academics, businessmen, journalists and others who often aspire to temporary diplomatic assignments—preferably starting at the top.

Is the work of the Foreign Service so easily mastered without special training or apprenticeship?

Yet this issue must be faced: Does the diplomacy of the United States deserve to be served mainly by a stable body of experienced people for their full professional lives? Or is the Foreign Service content to ultimately depend on providing training grounds and relatively short-term, in-and-out experiences for many other professionals who view their principal careers as being elsewhere?

Is the work of the Foreign Service so easily mastered without special training or apprenticeship, and can the Service afford to release many of its best people after providing a partial stage in their life experience?

For that is where the “up or out” provision of the 1980 Foreign Service act has led. The faster one is promoted, the sooner he or she faces competition for senior rank. And a few years later—often still in their 50s, and arguably near the height of their effectiveness—the vast majority of Foreign Service professionals are forced (or elect) to leave the Service.

The Foreign Service I propose is different, but not difficult to attain.

Elements of a Professional Service

In my view, a professional Foreign Service should be characterized by the following elements.

(1) A career that can last until the age of 65, following a trial period leading to tenure.

(2) Abolition of the “senior threshold,” which is largely meaningless in the Foreign Service assignment process. Many senior positions are filled by more junior officers on “stretch” assignments. These are usually officers who have been promoted quickly and are—ironically—most likely to be thinned out early because so few can make it to the top. Requiring such officers to compete for nominally senior status is demeaning and irrelevant; they will either be promoted into more senior rank or not.

(3) Continued selection-out, but only for serious breaches of discipline or provable errors.

(4) Substantial intake at the mid-level of capable specialists to meet new or unexpected shortages, as and if they arise.

The Service can afford to keep experienced people in the ranks, doing what they do best, even if they never reach the top.

(5) Continued tailoring of Foreign Service generalist promotions to the flow-through desired, but without presenting the criteria as foolproof or scientific. They can change as needs evolve. Law firms, universities, the media and other comparable professions also have hierarchies, but they do not struggle to maintain perfect pyramids in their organizations. They recognize that numerical bulges of experienced seniors below the top often suit their organizational missions.

(6) A recognition by the Service that personal rank and salary do not necessarily have to equate to management responsibilities at the top. While the Service needs good management, it especially needs good—even excellent—professional judgment and persuasive skills, which are normally developed by FSOs as they gain experience.

Presidents are not elected primarily for their management skills, nor are Secretaries of State so chosen. So why do we think that senior diplomats, dealing with similar affairs of state, should be so judged—and be selected out if they cannot all squeeze into top management positions?

As much or more rides on the ability of Foreign Service practitioners to analyze, report and persuade others, both at home and abroad, regarding a foreign situation or a U.S. foreign policy issue.

Success in these skills is also the secret to leadership of other government agencies. We can only manage their foreign activities if they, too, respect our expertise, based on our successful performance, and not just at the top.

(7) Recognition that the principal attraction of the Foreign Service is that of any other profession (e.g., teaching, economics, law, journalism, the military)—the nature of the life and work itself. Financial rewards in the FS are certainly limited and not primary motivators. Also limited are high rank, titles and promotions; they, too, should not be primary motivators.

Foreign Service work consists of helping to formulate, and then carry out, U.S. foreign policy, and generally to conduct the business of the U.S. government abroad. This means understanding how foreign governments and their people think and operate. Dedication, experience, interest in foreign cultures and commitment to a life of service alongside others with similar ambitions—along with a willingness to accept physical dangers, health risks and psychological vicissitudes—should remain the primary motivators.

It is stupid to throw away Foreign Service expertise in regular, predetermined numbers just as those officials are making their greatest contributions.

The Service can afford to sacrifice some rapidity of promotion to avoid slotting officers into positions for which they are not ready (thus avoiding the “Peter Principle”) and keep experienced people in the ranks, doing what they do best, even if they never reach the top.

(8) As to arguments in favor of a “half-dozen good people” to control policymaking in Washington, and the concomitant desire for a special track to produce them, let the Service build one informally. But make this the exception, not the rule.

Those who have a significant role in formulating Washington policy (as distinct from providing the factual basis and analysis on which such policy is based) will always be a small minority. And many of them will necessarily be tied to the politics of the administration then in power, often recruited temporarily at the top.

Getting senior FSOs among such policymakers—valuable and necessary as that is—can never be the central aim of any system guiding as big a population as the entire Foreign Service, whose main function is to provide the seeds from which those foreign policies should grow.

Our innovative, impatient, ebullient country can well afford to continue the employment of senior career Foreign Service officials who have, through long experience, developed understanding of the views of other governments and their people, views that often differ from ours.

It is stupid to throw away such expertise in regular, predetermined numbers just as those officials are making their greatest contributions. American foreign policy lurches enough as it is. We must not deprive it of even this modest support. 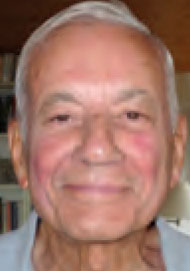 George B. Lambrakis was a U.S. Foreign Service officer from 1954 to 1985, the first two years with the U.S. Information Agency and the rest with the Department of State. Formerly director of training assignments in the State Department’s Personnel Bureau (now Human Resources), he was also a member of AFSA’s 1970 “Young Turks” AFSA Governing Board, which organized the transformation of the association into a labor union. Even after subsequent careers in international fundraising and academia, he remains interested in Foreign Service personnel issues as they affect wider American foreign policy. His December 2013 FSJ article, “A Plea for Greater Teamwork in the Foreign Service,” introduced his views on “up or out.”