Food & Fun, or Debt & Despair? The Commissary Crisis and the Future of Employee Associations

The Foreign Service Journal > December 2020 > Food & Fun, or Debt & Despair? The Commissary Crisis and the Future of Employee Associations

During 20 years in the Foreign Service I have had a variety of commissary experiences at different posts. Many (Abuja 2000, Wellington 2006, Dili 2014, Nicosia 2017) had no commissary at all; Lagos had a commissary and even a boat you could use as a taxi to and from work; two posts had vibrant and highly useful commissaries (Beijing 2004 and Kyiv 2010).

These and other commissaries around the world provide access to goods, and sometimes services, that are difficult or impossible to obtain at post—USPS stamps, Halloween candy, peanut butter, Comet cleanser, and the like.

The commissaries are operated by employee associations, volunteer groups of employees who come together to improve morale and provide whatever the membership needs or wants. Some associations have rental cars, others a gym or apartments for rent; some manage onsite cafeterias or gyms at the embassy or consulate. Associations can be a powerful tool to improve life overseas.

Here in Copenhagen, as president of the 70-member American Embassy Employee Association (AEEA) I have had the painful responsibility of closing our commissary. We were losing money every month, and if it had continued, we would have lost the entire association and, with it, our reasonably priced cafeteria option. Given that the nearest restaurant sells $24 hamburgers, we need the cafeteria for reasons of morale.

Elsewhere, I have heard that Embassy Stockholm lost its commissary and possibly the association. Our embassy in neighboring Oslo has an active commissary; however, I understand that liquor prices there are quite high (whereas liquor prices in Denmark are quite reasonable—we are the home of Peter Justesen, after all).

Why are commissaries, and the employee associations that run them, under pressure? Is their eventual extinction inevitable? Here are some insights and suggestions based on our experience in Denmark. While it is, of course, unique to our time and place, I want to share this with the Foreign Service community as a cautionary tale.

Though we were unable to salvage the commissary, we were able to maintain our employee association, with a positive cash flow. Admittedly, it is only hundreds of dollars a year, but at least we are no longer losing thousands a month. And, had we acted sooner, we might be in an even better position today.

In 2018, to determine what to do about the commissary, we AEEA board members thoroughly reviewed our financial situation, the number of employees, sales and costs. It turned out that commissary sales had been declining for at least the last three years. We identified four primary reasons for lower sales.

1. Changes in the Danish Economy. In the 1990s American food was rarely available in Denmark except in extremely pricey specialty stores. But starting about 2010, the larger grocery stores added specialty aisles: “Asian food,” “Mexican food” and even “American food.” Of course, much of what we consider American is found in the other aisles: tortillas and salsa in the Mexican, soy and sweet and sour in the Asian, and so on.

Further, because Denmark’s economy is only now climbing out of the 2008 Great Recession, meat prices in stores are comparable to those in the United States (though restaurant prices remain very high).

2. Diplomatic Post Office. The DPO was started in 2003 and has rapidly spread throughout the world. DPO costs are lower for the department than the Diplomatic Pouch, and you can send liquids and small knives and can easily return items (among many other advantages for employees).

Where once you had to carefully husband your small stock of dark molasses, you can now get it shipped to you from the United States any time you want! The ease and speed of using DPO cannot be overstated. Since the service began, I have seen 50-pound bags of dog food and cases of toilet paper and paper towels—all items people used to need to get from the commissary—come through on a weekly basis.

3. Frozen Out. Our commissary provided some things that could not be handled through the DPO, primarily frozen and chilled items (as well as the small number of things that are banned in the mailroom). At first we thought we could make enough money on holiday turkeys and hams, along with frozen bagels (it’s still hard to get blueberry bagels here), burritos and really good Marie Callender’s chicken pot pies.

But these turned out to be the things we lost the most money on. Our commissary ordered from Ramstein Air Base (great people, and not at all responsible for our troubles), who marked up about 20 percent to cover their costs. The real kicker, however, was that the chiller unit on the truck added thousands of dollars to the cost to get the food from Ramstein to Denmark.

That, on top of our operating costs, meant that the markup went as high as 50 to 60 percent. If we had had a larger operation, the cost of the truck would be spread over a larger order, lowering the cost per item; but we are a medium-sized embassy. The reality is that it was just not possible to get a shipment of frozen items at a price people were willing to pay.

Employee associations are not unlike any other small business in that they must pay constant attention to market conditions and make course corrections as changes occur.

4. Amazon Prime. Though it is a little unfair to single out Amazon as the final, and most relevant, reason our commissary collapsed, it has had a much larger impact than Walmart, Costco or Target. Just as Amazon has contributed to the loss of many small-town stores, I believe it was instrumental in the closure of our small-town commissary.

With new, faster DPO, free second-day shipping and 24-hour internet shopping, it is not inconceivable that you order something Friday night and it arrives at the mailroom the next Friday!

As a result of these factors, we were forced to cease commissary operations. At my last two posts, neither of which had a commissary, fellow board members and I struggled to maintain an active employee association. I feel fortunate that in Copenhagen we could retain the cafeteria and dry cleaning, but it was only because we were able to form an active board willing to do a lot of heavy lifting and make tough choices.

We will certainly miss the commissary. We just might not notice until we need a certain chocolate sprinkle for our daughter’s 7th birthday cake in less than 24 hours.

One thing that has made our lives easier, however, was that our assessment to the Office of Commissary and Recreation Affairs (also known as Food & Fun) went way down. Records show we used to send thousands of dollars a year to D.C., but last year it was only $900, and this year only $500. By next year we will be a “microassociation,” and the assessment will be even less.

Implications for the Future

But this brings up a larger problem. While focused on the problem in Copenhagen, I had not considered the impact of commissary closings on Food & Fun. If commissaries are closing at many posts around the world, or losing sales, what is this doing to the Office of Commissary and Recreation Affairs budget?

After all, this office provides central support and oversight of employee associations. In Copenhagen, their support and direction played a critical role in maintaining our association post-commissary.

In addition, while it is outside the scope of this article, I do wonder whether annual DPO shipment costs are more, or less, than the department expected when the DPO was introduced. I am very curious to know whether department management sees the DPO as an option that is sustainable in the long term.

When I joined State 20 years ago, it was a given that my mail from Seattle to West Africa would be occasional and delayed. But those who have joined the Foreign Service in the last five to 10 years may have much higher expectations for quicker mail service.

Ramstein, post management and the Office of Commissary and Recreation Affairs all worked hard with our association for several years to try to get us onto a sustainable footing. But in the end, systemic changes to the local economy, high costs and customer preferences doomed us.

It is Food & Fun’s belief that employee associations are not unlike any other small business, in that they must pay constant attention to market conditions and make course corrections as changes occur. (The framed memo from M dated 1958 stating that we were authorized to keep the commissary open, which I found recently in the deep files, suggests that our crisis was not necessarily a new phenomenon.)

Like small businesses, the associations carry some risk, too. I learned to appreciate this when I approached an incoming officer to ask if she wanted to serve on the board. She declined because she had been personally sued by a former commissary employee when she was on the board of a post that closed up shop a couple years ago.

In fact, given that having an employee association board is a requirement, the Office of Commissary and Recreation Affairs strongly recommends that associations maintain liability insurance so that board members and officers are protected in instances of legal action.

Not all commissaries will survive, but employee associations should take a good hard look at what they are doing across the board. Are you meeting your members’ current needs? Do you still need a full-time commissary with multiple staff? Or are you, like we were, on the long slow road to obsolescence?

I would strongly advise every embassy employee association around the world to take a clear-eyed look at your finances and operations. Should you turn your commissary space into a day-care/yoga studio with a place for members to relax? Don’t keep doing what you are doing just because it has worked for the last 20 years. Who knows what the next 20 will bring!

I believe that we could have survived here in Denmark had we responded to the situation earlier. While it is too late for us, a serious look at fundamentals might be just in time for you at your post.

I hope you have better luck than we did. 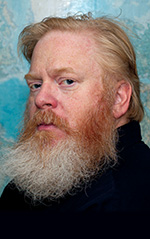 Llywelyn Graeme joined the Foreign Service in 2000 as a State Department office manager. He was previously a radio DJ on two continents; a member of the Federation of Radio & TV Actors and the stage hands union, responsible for the Star Wars fan club, Wizards of the Coast Pokémon team, Nintendo Super-Agent; and also worked at Microsoft, Nordstrom’s and the Starbucks roasting plant. He is featured in the 2005 edition of Inside a U.S. Embassy. 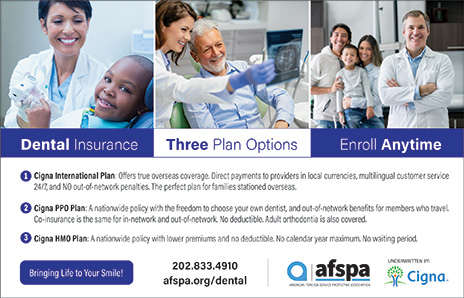