The Foreign Service Journal > May 2017 > PEPFAR: Making the Impossible Possible 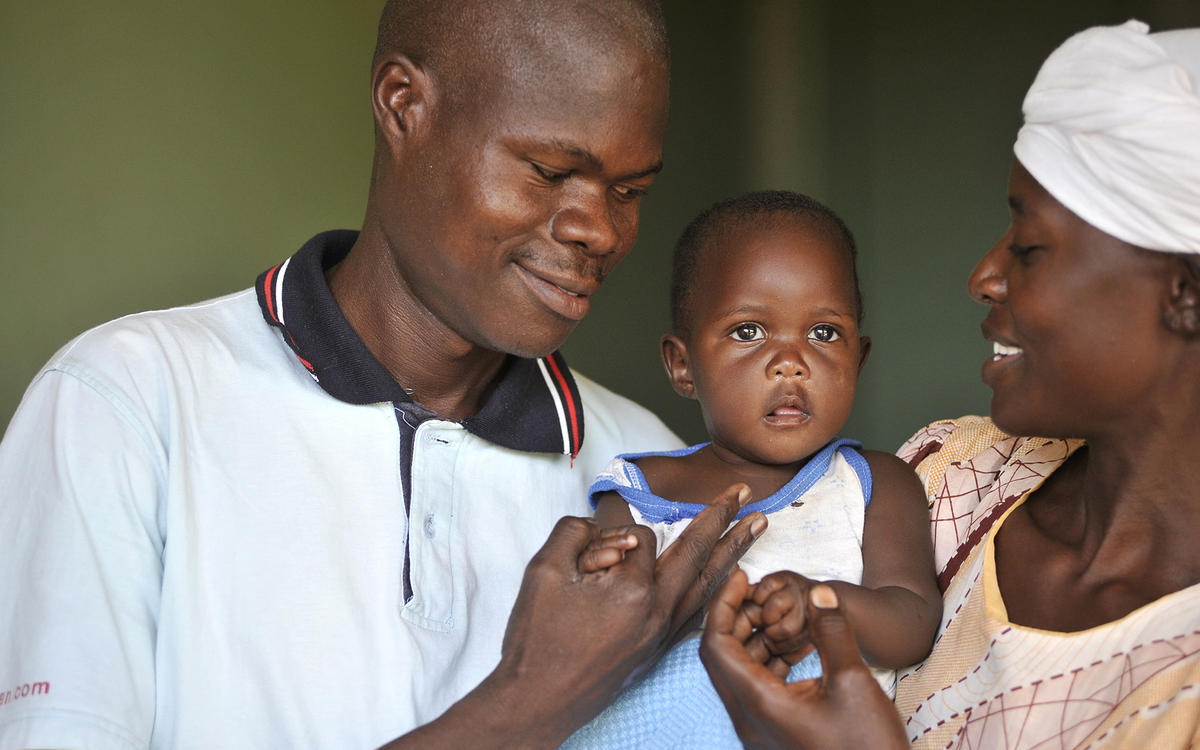 Eunice (right) is HIV-positive but, thanks to PEPFAR-supported programs that help prevent transmission of the disease from mother to child, her baby was born HIV-negative.
USAID

We can control and ultimately end the global HIV/AIDS epidemic as a public health threat. Fifteen years ago, this was unimaginable. At that time, reports from the front lines, particularly in sub-Saharan Africa, were dire. In many countries, an HIV diagnosis was a death sentence. The prior gains in global health and development were being lost. In the hardest-hit regions of sub-Saharan Africa infant mortality had doubled, child mortality had tripled and life expectancy had dropped by 20 years. The rate of new HIV infections in the highest-burden regions was exploding, and people were getting sick and dying during the most productive years of their lives. The virus was devastating families, communities and countries as moms, dads, teachers, nurses and doctors all succumbed to the new plague.

Today, the global HIV/AIDS landscape has been dramatically transformed, thanks in large part to the U.S. President’s Emergency Plan for AIDS Relief and its partners. Using the best science, often provided by the National Institutes of Health, and with strong bipartisan support in Congress and across administrations, PEPFAR has helped replace despair and death with hope, life and stability.

PEPFAR was launched by President George W. Bush in 2003 as an “act of mercy beyond all current international efforts to help the people of Africa.” PEPFAR is led and coordinated by the Department of State’s Office of the Global AIDS Coordinator and Health Diplomacy, and implemented on the ground through an interagency model that draws on the critical contributions of the U.S. Agency for International Development; the U.S. Department of Health and Human Services and its agencies; the Department of Defense; the Peace Corps; the Department of Labor and the Department of the Treasury. Supported by appropriations from the U.S. Congress, the program has demonstrated the value of a whole-of-government approach focused on achieving clearly defined and measurable targets. It is also an expression of the compassion and generosity of the American people.

In the countries that PEPFAR supports, our ambassadors and deputy chiefs of mission have been essential in moving policies forward that increase the program’s effectiveness and mobilize host countries’ resources year over year to expand services. PEPFAR also benefits greatly from our close collaboration with partner governments and global partners, including multilateral institutions, civil society, faith-based organizations, the private sector, philanthropic organizations and people living with HIV.

The results have been breathtaking. As of Sept. 30, 2016, PEPFAR was supporting nearly 11.5 million people with life-saving antiretroviral treatment—a 50-percent increase since 2014 and up from the fewer than 50,000 people who were on treatment in sub-Saharan Africa when PEPFAR and the Global Fund to Fight AIDS, Tuberculosis and Malaria began. With PEPFAR support, nearly two million babies have been born HIV-free to pregnant women living with the virus—almost twice as many as in 2013—and their mothers have been kept healthy and alive to protect and nurture them. Recent public health impact assessments in three African countries show that the HIV/AIDS epidemic is becoming controlled there, and evidence suggests that we are poised to control the epidemic in 10 African countries over the next four years. 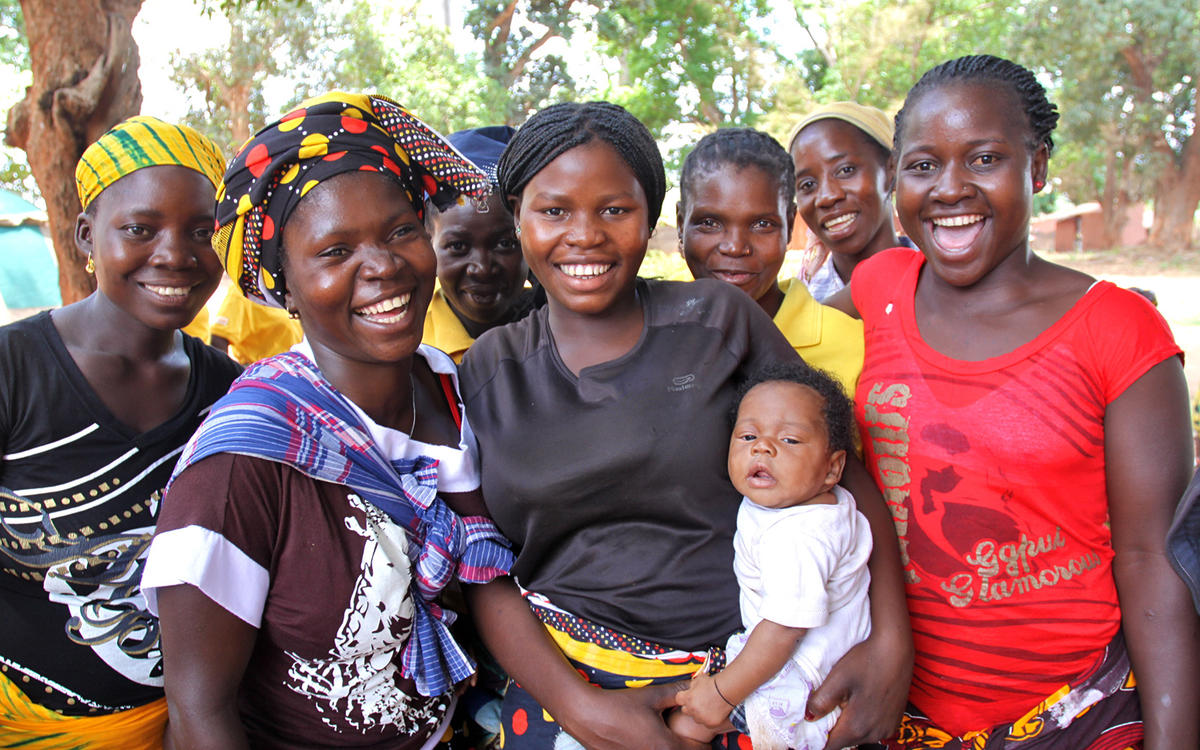 During the last three years, PEPFAR has completely realigned and refocused the program in every country with business process improvements that increased its impact in a budget-neutral environment. These include targeting investments using granular, site-level data; rigorous partner management to increase performance and efficiency; and intensive quarterly monitoring of the entire program. Our use of data to drive accountability, find efficiencies and leverage partnerships has made PEPFAR a cost-effective model for foreign assistance programs everywhere.

Through the PEPFAR platform, the U.S. government has accelerated the progress toward a world more secure from infectious disease threats. PEPFAR’s investments in countries with sizable HIV/AIDS burdens bolster their ability to swiftly address Ebola, avian flu, cholera and other outbreaks, which ultimately enhances global health security and protects America’s borders. These lessons and experiences will continue to inform and improve our response, and those of our partners, to unforeseen health crises.

Ending the global public health and security threat posed by the HIV/AIDS epidemic is doable, although it will not happen easily or automatically. One of the most critical areas for action is reducing new HIV infections among adolescent girls and young women. Every year, 390,000 adolescent girls and young women are infected with HIV—more than 1,000 a day. In sub-Saharan Africa the numbers are even more staggering: nearly 3 out of 4 adolescents newly infected with HIV are female, and in some countries young women are up to 14 times more likely to contract HIV than young men. Addressing girls’ vulnerability is especially urgent because the population of young women and men in sub-Saharan Africa has doubled since the epidemic began, from 100 million to 200 million.

One of the reasons for girls’ vulnerability is the staggeringly high rate of sexual assault: from 25 to 45 percent of young women experience sexual assault before the age of 25. In our partner countries, PEPFAR is calling on communities of faith—which are a healing presence in areas affected by gender-based violence—to once again stand with us, and support the campaign to protect girls and women from sexual assault. This will put us on the path to upholding the dignity and autonomy of all women and girls and overcoming one of the most horrific obstacles to finally ending the epidemic.

Each day we are motivated by the memory of the 35 million men, women and children who have died from AIDS-related illnesses. We are driven to work harder and smarter for the nearly 37 million people who are still living with HIV. The promise of controlling and ultimately ending the AIDS epidemic is now within reach. What once seemed impossible is now possible, but it will continue to take data-driven action and focus to get the job done.

U.S. Global AIDS Coordinator and U.S. Special Representative for Global Health Diplomacy Ambassador-at-Large Deborah L. Birx oversees the implementation of the U.S. President’s Emergency Plan for AIDS Relief, as well as all U.S. government engagement with the Global Fund to Fight AIDS, Tuberculosis and Malaria. An M.D., Ambassador Birx is a world-renowned medical expert and leader in the field of HIV/AIDS, with a three-decades-long career focusing on HIV/AIDS immunology, vaccine research and global health.