It’s not new to see the staff of a U.S. embassy or consulate somewhere around the world painting and raking and clipping hedges on any given weekend as part of a community service project. But on a Thursday? In São Paulo, Brazil, one of the busiest non-immigrant visa posts in the world?

The recent worldwide, consular-systems outage brought the United States’ well-oiled visa operations in South America’s largest city to a halt. During the stoppage, many Foreign Service officers and locally employed (LE) staff had free time during the normal work day. Although they tried to use it to attend to non-visa-related responsibilities, additional trainings and staff-led information presentations, their energy dwindled.

In a section that prides itself on exceptional customer service, the outage was a direct hit on staff morale. Inundated with requests from applicants with urgent travel needs that could not be fulfilled—for reasons beyond the section’s control—the staff grew frustrated and dispirited.

So our visa chief decided to challenge people to get out of the box and do something on a greater scale: leave the office and do good for the community.

It didn’t take long for a second-tour colleague to create that opportunity. He dialed up ABBA, a São Paulo-based charity that is in the process of opening a first-of-its-kind shelter in the city targeting at-risk youth. Casa Liberdade, as it will be called, will be a safe house catering exclusively to girls rescued from sexual exploitation or sex trafficking.

Eight people—three FSOs and five LE staff from the consular section responded to the call for volunteers. At the shelter, they divided into two teams. One team used paint to spruce up the rooms where the girls will sleep during their time at Casa Liberdade. The other crew worked as gardeners for the day.

For those who participated, trading their computers, scanners and visa foils for paint brushes, ladders and hedge clippers was an easy decision. “It is so good to help others who don’t have as much. Giving the girls a nice place to live is good for the heart,” said one LE staff member.

ABBA’s goal is to open Casa Liberdade later this year. Until then, there is plenty of work to be done, including remodeling a bathroom, converting a two-story apartment on the property into an office and remodeling a space where the girls can receive private counseling as part of their recovery and healing.

With these major projects still to come, painting the walls and trimming hedges hardly seem like crucial contributions. But for the staff and volunteers at ABBA, the efforts of the consulate staff served a dual purpose. It provided additional hands to do jobs that needed to be done. More importantly, it inspired ABBA to work even harder to realize their dream.

“It definitely is motivation. It gives us encouragement that we all can do this, that we are supported and that we are not in this alone,” said the shelter coordinator.

By early afternoon, the volunteer work was done, but the workday itself was not. The team arrived back at the consulate about 3 p.m. One of the volunteer FSOs scurried off to a planning meeting, a few minutes late, with his hands still sticky with sap and his clothes stained with dirt.

The rest of the crew went back to their desks, some with dried paint in their hair, others with dirt on their clothes, and helped process the few visas that had made their way through the crippled visa process that day.

In the days following, the computer systems slowly came back on line and things returned to normal in the visa section. But the group of eight will always cherish the day that they created a little positive energy during a worldwide systems outage. 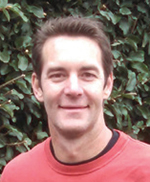 Todd Jurkowski is a first-tour, public diplomacy-coned officer. Before joining the Foreign Service, he worked as a television anchor and reporter, and as communications director for a member of the U.S. House of Representatives. Todd lives with his wife, Jessica, and their 7-year-old daughter, Alexa, in São Paulo.