In conjunction with Women’s History Month and International Women’s Day, and on the heels of Black History Month, I want to bring an issue to the attention of our membership and ask whether you’d like AFSA to pursue it.

The issue? Unconscious bias, stereotypes about certain groups of people that individuals form without being aware that they are doing so.

While often discussed in the press with regard to gender, unconscious bias actually affects a much wider range of colleagues, particularly those with ethnic names that might lead to assumptions about the employee’s race, religion or other attributes.

In the Foreign Service context, the most addressable risk posed by unconscious bias is that members of promotion panels might unwittingly apply it when they see names on evaluations. For example, research shows that memos circulated under a “typical” African-American name tend to be perceived as having more errors than when the same memos are circulated under a “typical” Caucasian name.

The more I learned about this issue, the more concerned I became that the use of names in evaluations is a needless vulnerability.

One AFSA member put together a comprehensive paper on the topic, outlining studies of unconscious bias in various industries.

It concludes: “Using ‘the employee’ in place of names is a relatively easy fix to a thorny problem (and has the side benefit of meaning that both Tim and Abdulrahman have equal characters/lines free to discuss their actual skills).”

The results overwhelmingly convinced not only me, but also other members of the AFSA Governing Board, that name- and gender-free evaluations would greatly reduce the possibility of unconscious bias playing a real or even a perceived role in the promotion process, leaving employees less worried and more able to focus on their actual jobs.

We decided that this issue merits consultation with our members and, depending on your response, action from us in the shape of a formal proposal to the department. If you would like to see the entire paper, please email me at bryana@state.gov.

I encourage you to read more about unconscious bias, discuss it with your colleagues, think about it and write to me before April at bryana@state.gov with the subject line “Unconscious Bias” to let me know whether you would like us to pursue the issue with the department and ask them to stop including names and gender-identifying pronouns in Employee Evaluation Reports.

We’re happy to receive “yes” or “no” emails if you’re in a rush, but we’re equally delighted to receive longer emails with more detailed thoughts.

We are well aware that such a change would involve some hard work and the commitment of department resources, but we don’t think that either of those excuses justifies non-action if we determine that it’s the right thing to do.

As the aforementioned paper notes: “Possible solutions could include software that removes names or asking the employees to make the changes in their own files. At the very least, we should start with a revised policy in the next EER cycle, so that five years down the line, files will all have the identifying information omitted with almost no cost.”

Let us hear your thoughts. As an organization which describes itself as “the Voice of the Foreign Service,” we want to ensure that we’re fighting not only for what will strengthen the Foreign Service, but also for the issues that truly matter to our members.

One final note: Choosing to pursue this issue would not take time away from AFSA’s important legislative advocacy efforts—those are run out of AFSA headquarters by the AFSA president and the Professional Policy Issues staff.

As AFSA State VP, I focus on labor-management issues, which require negotiation with the department. Saying “yes” to this initiative would in no way imply saying “no” to or otherwise affecting our ongoing efforts on Capitol Hill. 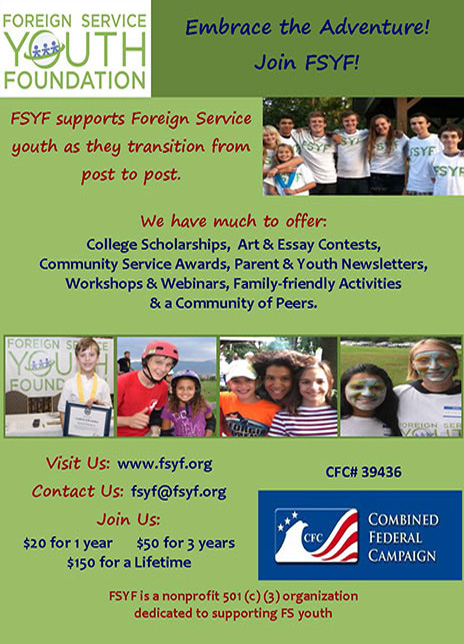