AFSA is pleased to recognize two public servants who have championed the Foreign Service’s critical role in U.S. foreign policy and have had an enduring impact on the institution of the U.S. Foreign Service and the diplomatic profession.

The inaugural recipients of this award are Senator Dan Sullivan (R-Alaska) and Congressman Joaquin Castro (D-Texas). 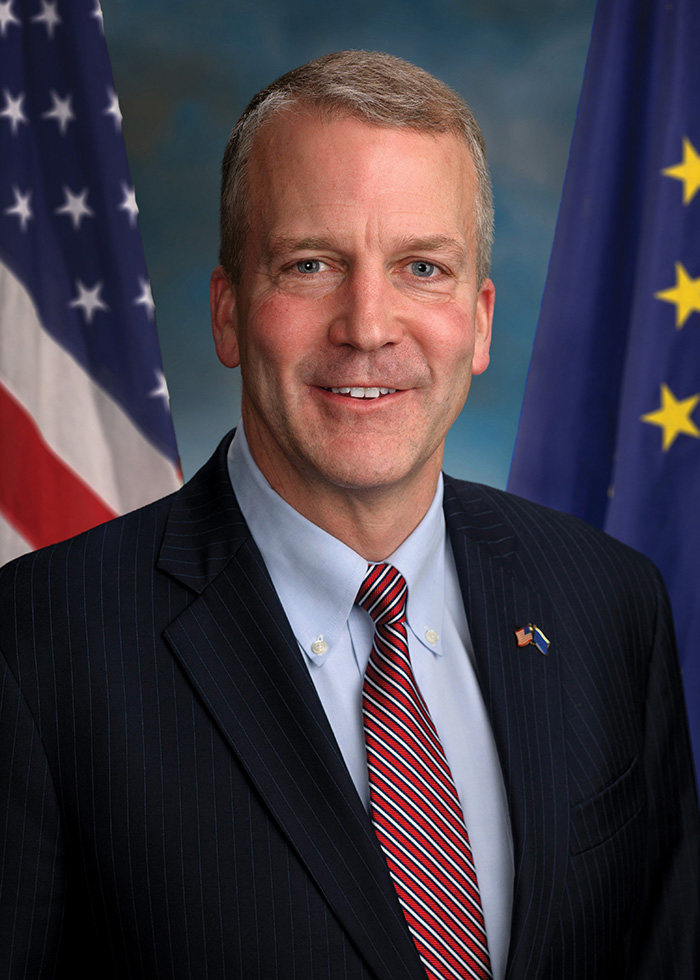 Senator Dan Sullivan says his appreciation for the Foreign Service developed when he was assistant secretary of State for economic, energy, and business affairs under George W. Bush and saw firsthand the caliber and professionalism of U.S. State Department personnel.

“I also saw the hardships they face and the flexibility required,” Sen. Sullivan says, “which I could personally relate to as a Marine who has been deployed.”

When elected to the Senate as Alaska’s eighth senator in 2015, he noticed that while many caucuses were meeting on the Hill to advance a specific cause, there was no group of senators that met specifically to discuss how to best serve Foreign Service professionals and their families.

“U.S. diplomats are posted to missions around the globe, often in difficult and dangerous environments, and I believed that their contributions to the advancement of democracy, the rule of law, and American security should be bolstered here in the Senate,” he says.

To fill this gap, Sen. Sullivan teamed up with Senator Chris Van Hollen (D-Md.) to form the Senate Foreign Service Caucus, which now includes 22 senators from both parties.

The two senators were instrumental in the December 2021 passage of the Foreign Service Families Act, which helps provide expanded career options and services to eligible family members.

“For many family members, the process of finding employment isn’t easy—frequent moves, language barriers, and limited options pose significant challenges,” Sen. Sullivan notes. “We can better support our Foreign Service personnel by prioritizing their access to State Department opportunities at the conclusion of their service and expanding private sector employment opportunities for the family members where they serve.”

Dan Sullivan began his military service in 1993 and currently holds the rank of colonel in the U.S. Marine Corps Reserve. In 2004 he served as a staff officer to the Commander of U.S. Central Command and spent much time in the Middle East, Central Asia, and the Horn of Africa. In 2013 he was recalled to serve with a joint task force in Afghanistan.

Prior to embarking on his career as a politician, he served as a director in the International Economics Directorate of the National Security Council staff at the White House.

As a member of the U.S. Senate, he serves on the Commerce, Science, and Transportation Committee; the Armed Services Committee; the Environment and Public Works Committee; and the Veterans’ Affairs Committee. He is also co-chair of the Senate Foreign Service Caucus.

Senator Sullivan was born in Fairview, Ohio, in 1964 and graduated from Harvard University in 1987 with a degree in economics. In 1993 he received a joint law and master’s degree in foreign service from Georgetown University. He is also a recipient of the Defense Meritorious Service Award.

In reflecting on the Foreign Service Champions Award, Sen. Sullivan said: “I commend our Foreign Service for not only promoting American values and ideals, but for supporting others in their efforts, as well. Our diplomats are the finest in the world. We in the Senate are tremendously grateful for their service and their sacrifice. They have our enduring support in the pursuit of our common goal: a better America in a better world.” 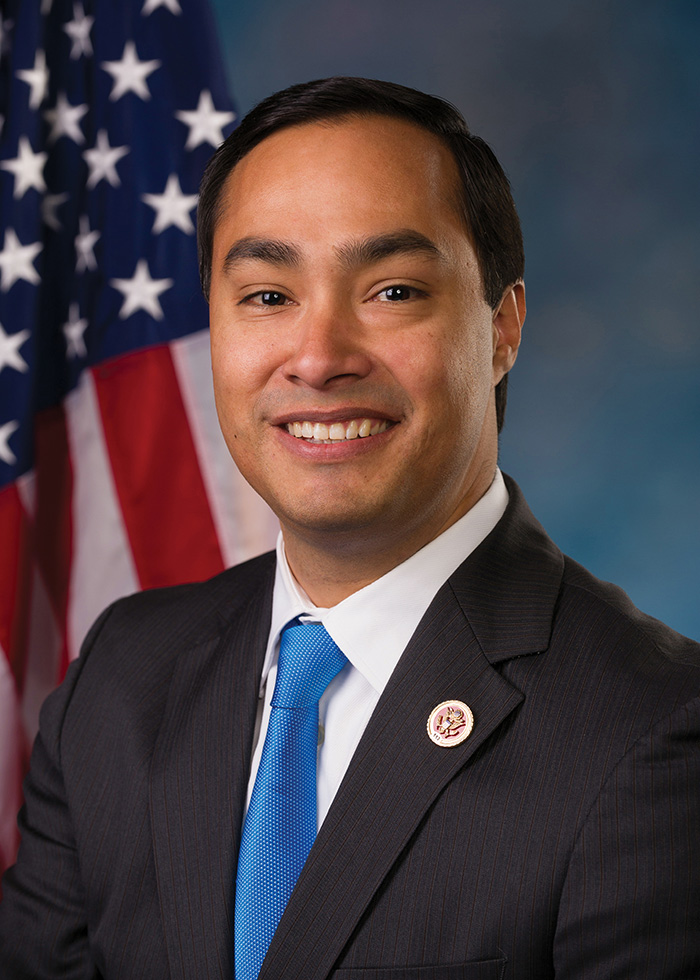 Representative Joaquin Castro has demonstrated a strong commitment to American diplomacy and the Foreign Service through his work to advance the profession and promote a more diverse workforce that reflects U.S. values and enables our diplomats to meet complex global challenges.

To recruit and maintain a world-class diplomatic service, Rep. Castro believes that Congress should empower Americans of all backgrounds to pursue careers in international affairs. As chair of the House Foreign Affairs Subcommittee on International Development, International Organizations, and Global Corporate Social Impact, he has worked to increase support and mentorship for aspiring diplomats from diverse backgrounds.

This is important, he tells the Journal, because “America’s diversity and heritage as a nation of immigrants is one of our greatest strengths, providing a unique advantage as diplomats work to advance our interests and protect our security and prosperity.”

To strengthen the Foreign Service workforce, Rep. Castro secured $8 million in the Fiscal Year 2022 appropriations omnibus for paid internships with the State Department and held the first congressional hearings on a diverse State Department workforce. He introduced the Foreign Affairs Inclusion Reporting Act in 2016 to improve reporting on demographics at the department and expand the Rangel and Pickering programs by 10 fellowships each. In 2017, these provisions were signed into law.

Rep. Castro also introduced the Diversity and Inclusion at the Department of State Act, to establish a senior-level office for the chief diversity and inclusion officer to improve retention and equity.

To better support diplomats and their families, he introduced in the House the Foreign Service Families Act, which allows the State Department to offer similar benefits to Foreign Service families that the Department of Defense is permitted to provide to military families. The bill was signed into law in 2021.

Joaquin Castro is an American lawyer and Democratic politician who has represented Texas’ 20th congressional district in the U.S. House of Representatives since 2013. He is a longtime member of the House Foreign Affairs Committee.

Rep. Castro was born and raised in San Antonio. His interest in public service developed at a young age from watching his parents’ involvement in political campaigns and civic causes. He graduated with honors from Stanford University with a B.A. in political science and communications, and earned a J.D. at Harvard Law School.

“I am deeply honored to receive AFSA’s 2022 Foreign Service Champions Award for my work to strengthen our infrastructure for diplomacy,” he says.

“In Congress, I am focused on creating a more inclusive Foreign Service that reflects our nation. This means establishing paid internship programs for young people interested in a career of service, protecting employees from discrimination, and ensuring that State Department personnel and their families are taken care of at home and abroad.

“As we continue to make progress, I remain committed to advancing our diplomatic corps and highlighting the important role it plays in U.S. foreign policy.”

Award winner profiles compiled by Associate Editor Julia Wohlers. All images are courtesy of the award winners, unless otherwise specified. 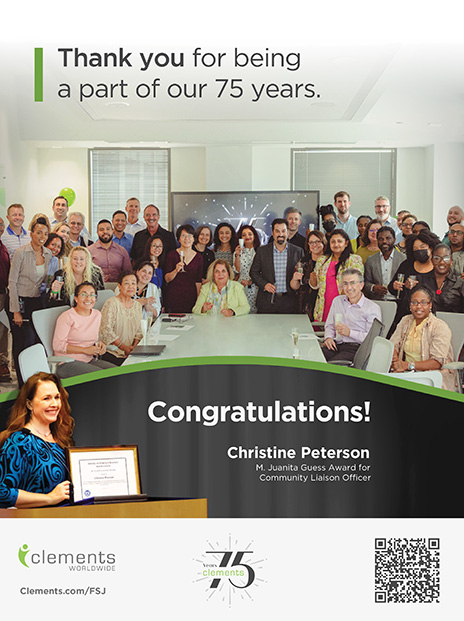 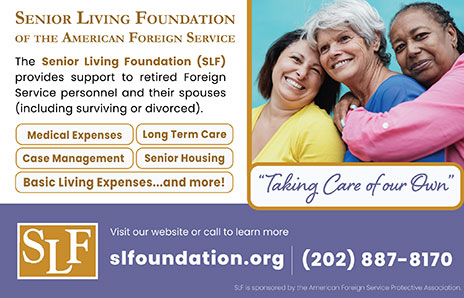