Excellence and Integrity in Diplomacy

The Foreign Service Journal > December 2022 > Excellence and Integrity in Diplomacy 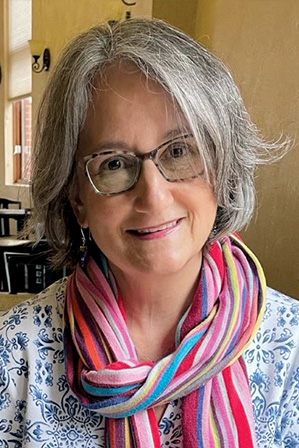 This month we honor the recipients of AFSA’s annual awards. It was my pleasure to interview Ambassador Anne Patterson, recipient of the award for Lifetime Contributions to American Diplomacy. My first encounter with Amb. Patterson was 20 years ago when I interviewed her as our featured ambassador for the 2003 Inside a U.S. Embassy book. She was so impressive then and has since gone from one huge challenge to the next, serving as a role model and mentor all along the way.

AFSA prides itself on supporting constructive dissent through its four awards honoring those who seek to make a difference by opposing policy they believe is wrong—constructively and within the system—and standing up for what they believe is right. This year’s honorees are Benjamin Dille (Herter Award), Jennifer Davis (Rivkin Award), Elisabeth Zentos and Anton Cooper (Rivkin Award), Steven May (Harris Award), and Michael White (Harriman Award).

The inaugural Foreign Service Champions Award went to Senator Dan Sullivan (R-Alaska) and Representative Joaquin Castro (D-Texas), both outstanding public servants who not only recognize the critical role of the U.S. Foreign Service, but act on that through efforts on the Hill, including creation of the Senate Foreign Service Caucus (Sullivan) and legislation like the Foreign Service Families Act (Castro).

On a related note, FSO Steve Walker looks back at dissent over the U.S. response (or lack thereof) to the Bosnia War in the early 1990s, and asks, “When Is It Ethical to Resign in Protest?”

And remembering his own Rivkin Award tied to the same policy, AFSA President Eric Rubin devotes his column to “Celebrating—and Strengthening—Constructive Dissent.”

This month’s feature by retired FSO Bill Wanlund looks at “Promoting Democracy in Tumultuous Times.” The Speaking Out by FSO Brendan Rivage-Seul makes the case for expanding State’s Diplomat in Residence program.

In Reflections, FSO Zach Przystup writes on “The Enduring Value of International Exchange.” And Local Lens from FSO Maryum Saifee takes us to a Samarkand market.

Last month, we featured our annual roundup of books by and of interest to the Foreign Service community, and an article on writing a memoir. The FS community is brimming with both published and potential authors. Sometimes, an article for the Journal becomes the seed for a book. You know where I’m going with this.

As we head into 2023, think about writing for the Journal, the unique “insider” space for discussion and debate about diplomacy and development. The Journal tells the Foreign Service story through the eyes of the practitioner. We accept submissions on a rolling basis, with articles for particular focus topics due at least three months in advance of publication. See the 2023 focus topic calendar on this page and consider pitching an article on one of those topics or any other timely subject.

We are also always seeking submissions for Speaking Out, Features, FS Heritage, FS Know-How, and Local Lens. And we welcome your responses to what you read in the FSJ for Letters to the Editor. See our Author Guidelines page for more details. We look forward to hearing from you!

Wishing everyone a peaceful and joyful holiday season and new year. May diplomacy flourish in 2023.