The Case of the Bungled Blacklist

Unbeknownst to 11 of America’s largest companies, a list was being created in Stockholm with their names on it. It wasn’t the kind of list anyone wants to be on. It was a blacklist that could cost them billions of dollars.

On June 12, 2017, while scanning a Swedish newspaper in my Foreign Commercial Service office in the U.S. embassy in Stockholm, I spotted an article about the largest bank in the Nordic region. The bank was touting the fact that it had placed 40 international companies, including 11 U.S. companies, on a blacklist prohibiting investments. The bank’s fund managers were ordered to divest bank funds and their clients’ investments from these companies.

The bank accused the blacklisted companies of “violating global norms and conventions” and, mysteriously, included some of America’s largest retailers, defense manufacturers and companies doing business with Israel. The bank claimed this action would remove more than $50 billion from the listed companies. Within hours, another large Nordic bank announced it would follow suit.

I contacted bank officials I knew for background and learned that the blacklist had been generated by an unregulated proxy advisory firm the bank had hired. Firms were being placed on the devastating list arbitrarily, based on policies the advisory firm didn’t agree with, such as doing business in Israel or being in the defense industry. Notably, none of Sweden’s large defense manufacturers were on the list.

I informed our chargé d’affaires, David Lindwall, an experienced and well-respected diplomat who had taken charge at the epicenter of the earthquake crisis in Haiti back in 2010. I also informed Nick Kuchova, the regional senior commercial officer. The chargé immediately called the bank’s leadership and requested a meeting.

Firms were being placed on the devastating list arbitrarily, based on policies the advisory firm didn’t agree with.

I then contacted the U.S. companies to advise them of the situation. None knew about the impending threat, nor had any been contacted by the Nordic banks to be given a chance to respond to the allegations. They asked for our commercial diplomacy assistance to head off the banks’ action.

On June 14, the chargé and I met with bank leadership to deliver a letter referencing Section 909 of the Trade Facilitation and Trade Enforcement Act of 2015, requesting they remove the U.S. firms from the list. Section 909 of the act includes an anti-boycott provision regarding Israel.

Three hours after the meeting, the bank that had drawn up the list informed us that it would remove the U.S. firms, and did so publicly the next day. We immediately followed up with the other banks that had announced blacklists, and they agreed to drop U.S. companies from their lists, as well.

Quick action by the chargé and FCS resulted in public retractions by the banks and dissuaded other European banks from unfairly targeting U.S. firms with blacklists. These efforts also saved the companies billions in aggregate losses.

But helping companies understand the markets and find qualified representatives and distributors is far from all that FCS does. FCS personnel are on watch to spot threats to U.S. business and economic interests early on, and as demonstrated by this case, it works. 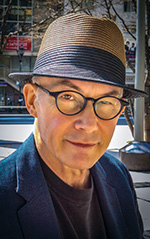 Kevin Chambers is a retired commercial officer with the U.S. Foreign and Commercial Service. During his Foreign Service career, he served in Shanghai, Tokyo and Stockholm. A graduate of the Thunderbird School of Global Management, he currently runs the U.S. Commercial Service’s trade office in Tulsa, Oklahoma.