Listen first, one retired PD practitioner advises. Here is his story of a very successful program. 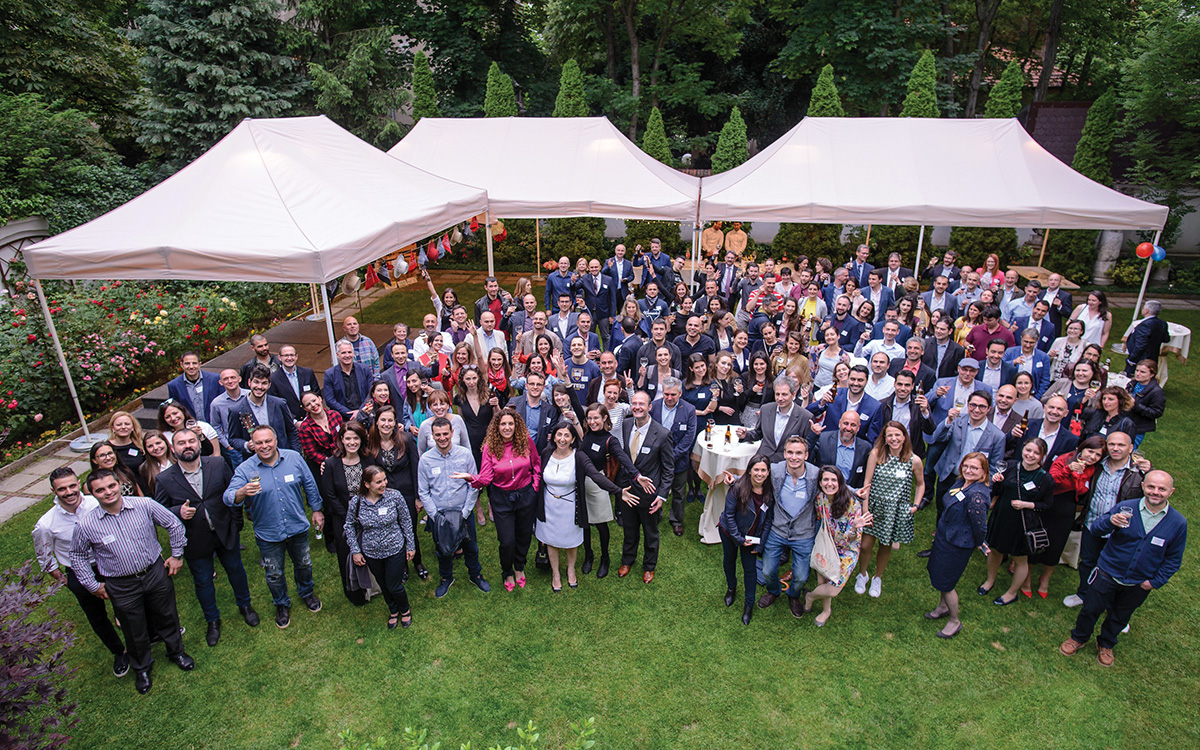 The key to successful public diplomacy is authentic engagement with citizens of the host country. Despite the prestige and prominence of our work in foreign countries, our power and influence are often limited to persuasion or exhortation, and that is not always welcome. And though we may pay lip service to building relationships and “successor-generation” programs, our short-term assignments not only tend to preclude long-term relationships, but also handicap the means to monitor results and effectiveness.

Yet it is the deeper, longer-term programs and activities that are more likely to change opinions and bring new ideas to young participants. The International Visitor Leadership Program and Fulbright exchanges come immediately to mind, but not all long-term engagements are of the exchange variety. As public affairs officer (PAO) in Bulgaria from 2009 to 2012, I had the opportunity to work with young leaders on a unique project that continues to play a vital role in that country’s development—Tuk-Tam (translation: “Here-There”).

The experience offers lessons that are relevant today.

Soon after arriving in Sofia in the fall of 2009, during a courtesy call to the rector of the American College of Sofia (a private high school), I happened to read in the “class notes” section of the alumni magazine about the creation of an interesting nongovernmental organization (NGO) by five recent graduates. The group would be dedicated to encouraging young Bulgarians to return from work or study in the United States or Western Europe and to pursue their careers domestically. This seemed like a perfect match for our outreach efforts, given that it could touch on several key themes: engaging youth, offering career training, sharing American ideas and boosting the domestic economy of a NATO ally.

But there would be more. I soon learned that the new NGO, Tuk-Tam, had been trying to organize networking and job training seminars, but their applications to the Bulgarian government for funding had been turned down. I imagined that this was due to their youth, inexperience and the absence of a record of responsible grants management.

At that time, I had started working with the Bulgarian branch of Junior Achievement, a job skills and entrepreneurship NGO that was organizing a two-day seminar for high school pupils called Smart Start. I noticed that, despite a Roma minority of more than 10 percent in Bulgaria, not one Roma had signed up for the seminar. Working through a local colleague in the embassy, I quickly got two Roma girls registered, but later learned that they felt uncomfortable at the seminar and did not return the second day.

This is where Tuk-Tam came in. For the next two annual iterations of Smart Start, I wrote a grant for the new NGO to find the Bulgarian high schools with the largest percentage of Roma pupils, to visit the schools with Junior Achievement representatives and to introduce the seminar and encourage the pupils to apply to it. With the Tuk-Tam members’ remarkably savvy skills and hard work, we met our target of 10 percent participation by Roma pupils for the next two years.

At about the same time, the office of youth programs in State’s Bureau of Public Affairs and Public Diplomacy was urging all PAOs to create “youth councils” composed of youth leaders of their choosing to coordinate and advise on youth-oriented programs. I struggled to explain to Washington that such a Bulgarian youth council would be vacuous, given the existence already of the homegrown and very promising Tuk-Tam organization.

A Deeper Understanding: The Brain Drain

I worked intensively with Tuk-Tam throughout my three-year assignment. In fact, given the maturity and smarts of its leaders, they became my advisers and confidants not only on youth issues, but on many of the problems plaguing the country.

Thinking strategically, I asked myself what role a public affairs section with a modest program budget could play to address Bulgaria’s biggest problems. We certainly didn’t have the resources to stop the environmental despoliation, energize a limp economy, correct the rampant government corruption or introduce genuine rule of law in the country.

But what did seem a very important and worthwhile goal of our youth programming was to slow the brain drain from Bulgaria, the exodus of the best and brightest young people to better job opportunities overseas, which depletes a country’s intellectual capacity and entrepreneurial work force. This was exactly the problem that Tuk-Tam was attacking in its own way.

The extent of the damage from brain drain in Bulgaria and the region is alarming, indeed. In a recent article for the Financial Times, Ivan Krastev called depopulation Eastern Europe’s biggest problem. He cites Andrej Plenkovic, the prime minister of Croatia, who called depopulation Europe’s “existential problem,” and a United Nations estimate that, since the 1990s, Eastern Europe has lost about 6 percent of its population. This problem is greatly compounded by the departure of those with the most education and best job skills.

As the poorest member of the European Union, Bulgaria has had the world’s fastest population decline by some measures. Its population was about 9 million at the end of the 1980s, but it had fallen to fewer than 7 million in 2018. The United Nations Population Division has forecast that Bulgaria will lose 23 percent of its population by 2050. The two factors contributing to the shrinking population are low birth rates and massive emigration.

But the migration statistics seem to be changing. According to Bulgaria’s National Statistics Institute, the number of expatriate Bulgarians choosing to return home is soaring. In 2016, more than 9,250 Bulgarians repatriated; in 2018, almost twice as many returned, 16,169. Unfortunately, the number of departing Bulgarians has not slackened, but rather continues to edge up. According to a Tuk-Tam representative interviewed on Dec. 12, 2019, by BTA, the Bulgarian news agency, Bulgaria needs more highly qualified recruits, and unemployment has reached historically low levels. She also cited an increasing number of Bulgarians who see opportunities for a career and personal development in their own country.

Could a bunch of college kids have played a role in this apparent demographic shift? Well, Tuk-Tam is no longer the clubby dozen youths of my era in Bulgaria. It has expanded to 10 full-time employees, opened an office in downtown Sofia and launched major projects of its own, in addition to disseminating positive information about Bulgaria via social media to an estimated 200,000 Bulgarians, now the largest online community of Bulgarians around the world.

Tuk-Tam’s projects include awarding 22 scholarships to date, based on fundraising totaling 210,000 Bulgarian Lev (about $130,400) from more than 700 donors. It also continues to organize job fairs, helping 14,000 returnees and young people launch their careers. And branches of Tuk-Tam have opened in both the United States, with 650 members, and Great Britain with 350.

Tuk-Tam’s latest project is an online portal, Guide to Bulgaria, launched last year partly in response to the COVID-19 pandemic. It includes a section of job offerings, recently from 30 companies. Its Community section, intended as the centerpiece of the portal, helps members stay informed and engaged with others, and make professional contacts. A true “brain gain” organization, it also encourages mentoring and volunteer service to the Bulgarian community.

I hope that Bulgaria has turned a corner. To the extent that it has, Tuk-Tam deserves great credit. At a time when the NGO could not get even the most meager support from the government of Bulgaria, our assistance to the leaders of this inspired and practical initiative proved invaluable. And those we worked with have gone on to positions of leadership in business and in their society. A decade later, in 2020, the Tuk-Tam Hive forum attracted close to 3,200 people—with support from the Ministry of Labor and the patronage of Bulgaria’s President Rumen Radev.

In retrospect, I consider my engagement with Tuk-Tam to be the most rewarding and important work of my career for two reasons. I have already stated one: This NGO attacks the brain drain eating away at poor countries’ skilled worker base. Second, I feel American diplomats should help fight brain drain because, ironically, we are partly to blame for it. Though little discussed, significant numbers of the Fulbright alumni we have sponsored—in addition to the private-scholarship grantees we advise via our Education.usa centers—do not return to their home countries if they are from the relatively poor countries of Eastern Europe or the developing world.

My experience with Tuk-Tam more than a decade ago holds several lessons for today. One is for public affairs officers to welcome overall thematic direction from Washington, but for State to leave wide discretion to PAOs to create their own unique priorities and programs. More specifically, PAOs should search for programs and ideas that have roots in native soil, rather than just nominating local contacts to lead branches of worldwide programs created in Washington, D.C., however successful or durable.

Second, given the perennial shortage of resources, PAOs should choose mission-specific grantees carefully, and with an eye on the priority goals shared by Washington and the post. I have learned that the only programs with substantial results and staying power are those based on goals that Washington approves of and that local partners or grantees are passionate about and fully committed to.

Finally, Americans are often accused of preaching or lecturing about “American exceptionalism,” our superior values or the better ways we have of doing things. That charge will never stick if we listen first, and take our programming cues from promising local leaders, of whatever age, rank or experience. 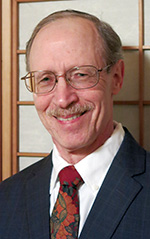 Ken Moskowitz served in the Foreign Service for 30 years. He holds a Ph.D. in theatre arts from the National Academy of Theatre and Film Arts in Sofia, Bulgaria, and is a former director of the Tokyo American Center. He is an adjunct professor of political science at Temple University’s Japan Campus. 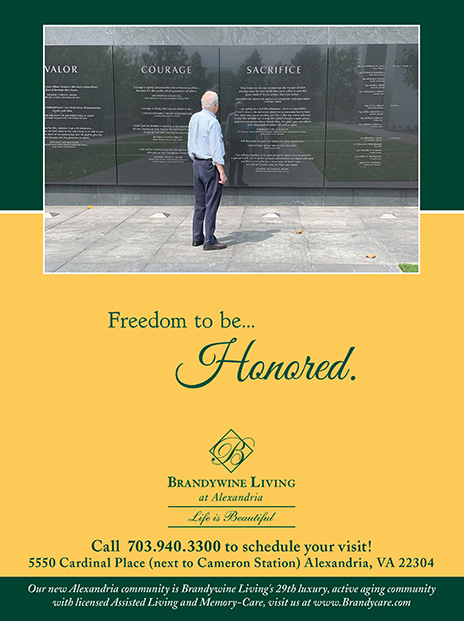 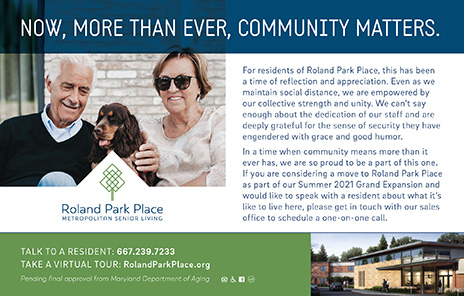