The Foreign Service has taken more deaths in the line of duty, on a percentage basis, than has the U.S. military officer corps, and none of us more so than our Diplomatic Security colleagues. Since Diplomatic Security was formed in the closing days of World War II, 93 of its personnel have been killed in the line of duty, including local guards and contract employees. The majority have died in the last 10 years in either Iraq or Afghanistan.

Diplomatic Security colleagues supervise Marine Security Guard detachments and local guard forces, and they must remain nimble to adapt to constantly shifting local environments, including the political environment in Washington. Their overall mission has also changed over time so that it now includes as a top priority the protection of personnel as well as classified information and physical facilities.

Local guard forces, in particular, face dangers since they stand watch on the lines where the embassy meets the public. We should thank them every day for doing this job. I want to tell one or two of their stories this month. 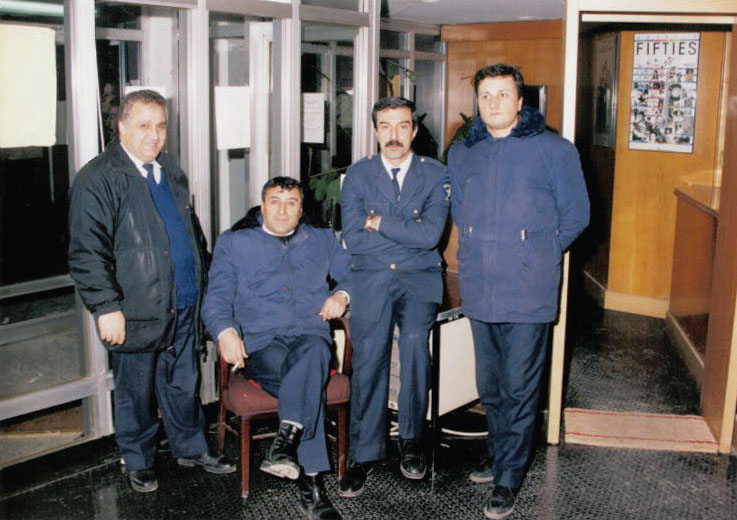 Mustafa Akarsu had been a member of Embassy Ankara’s guard force for 22 years when he stopped a suicide bomber from entering the embassy on Feb. 1, 2013. Mustafa had just waved an embassy employee into the compound, and was joking with her when he sensed there was something wrong with the next visitor. He planted himself between the visitor and the front door to the compound. When the bomb was set off, Mustafa was standing directly against the bomber. The blast that instantly killed him was contained by his body and the compound door, saving the lives of others on the other side of the door and those walking in the area.

Mustafa is remembered fondly as an outgoing member of the embassy, greeting employees every morning as they headed into work. His wife and two children attended embassy holiday parties and community events. The family was hoping to immigrate to the United States in June; Mustafa had applied for a Special Immigrant Visa and was awaiting its approval. Since this visa is tied to the employee, his death cut off that prospect.

There are other recent examples of similar sacrifice, unfortunately. For example, on Sept. 29 of this year, Abdul Rahman of Embassy Kabul was killed by a suicide bomber while he was meeting with Afghan police at the Kabul airport.

Local guard forces in particular face dangers since they stand watch on the lines where the embassy meets the public.

What can we do to help the families of these heroes? Diplomatic Security colleagues contacted Representative Michael McCaul, Republican of Texas, who chairs the House Homeland Security Committee. McCaul has sponsored the Mustafa Akarsu Local Guard Force Support Act, which AFSA actively supports. This bill would provide Special Immigrant Visas to the surviving spouses and children of U.S. government employees killed abroad in the line of duty. Democratic co-sponsors of the bill include Representatives Gerry Connolly of Virginia and David Cicilline of Rhode Island.

Stay tuned as AFSA updates you on the status of this bill in the 2015 Congress. You can help get this bill enacted into law by joining AFSA in advocating for it.

Wishing you and your families a happy and healthy New Year,

Robert J. Silverman is the president of the American Foreign Service Association.