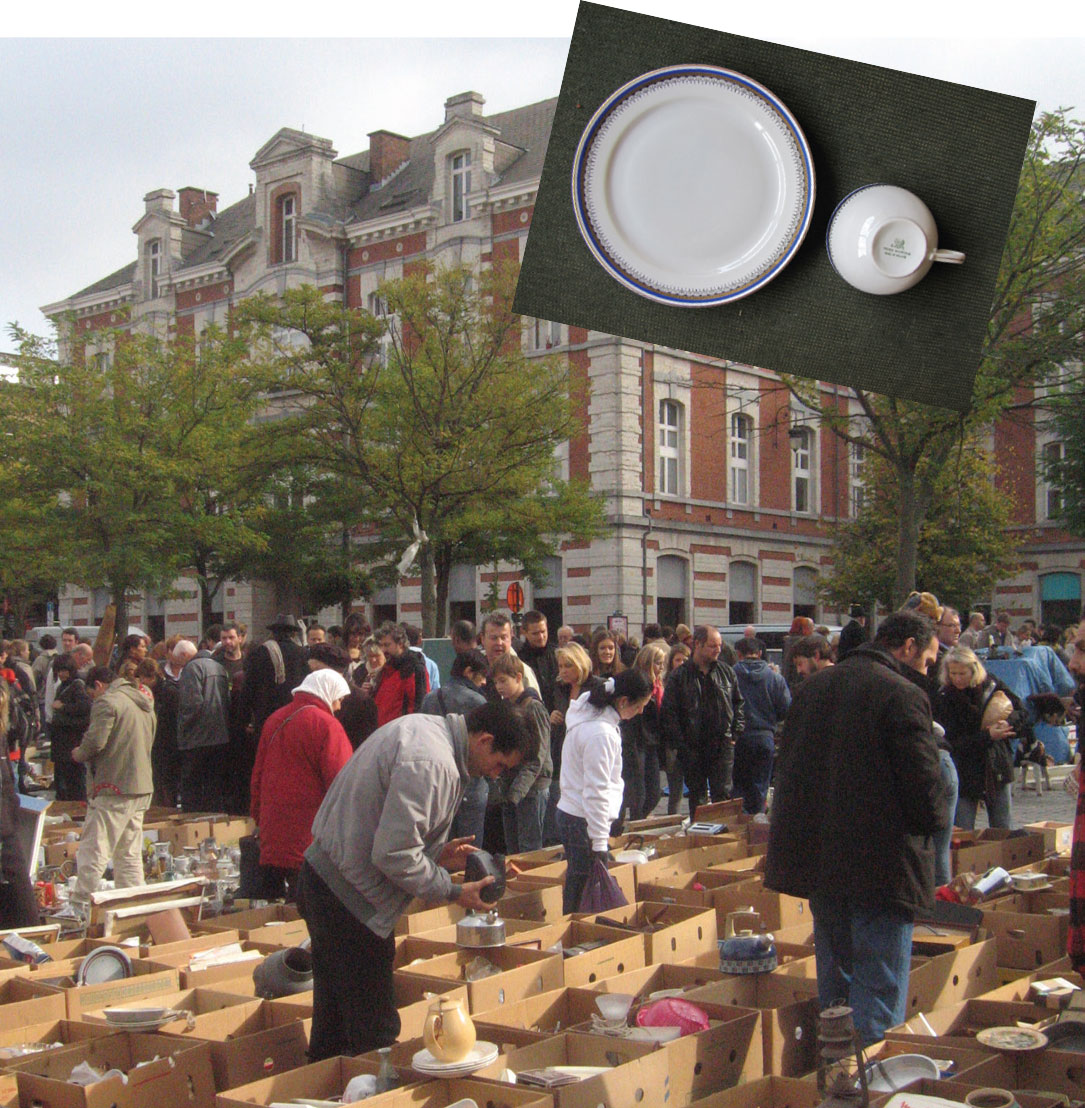 Packing up, moving, then unpacking and settling into a new place are all part of the globally nomadic life. This time, however, while unpacking boxes in our apartment in Washington, D.C., I ended up uncovering more than just stuff. Lurking in the crumpled paper, hiding behind the bubble wrap, were some things I had not been expecting: memories.

When I opened the boxes labeled “Polish Pottery” I thought I was simply unwrapping a set of dinnerware we picked up in Brussels. But once I started peeling the paper off each plate, tea cup, saucer, bowl and serving platter, I was reminded of the afternoon my partner and I shared at the Place du Jeu de Balle, an eclectically rustic daily flea market made famous in the Tintin books, as well as the recent film “The Secret of the Unicorn” (directed by Steven Spielberg).

Kelly and I had been looking for formal dinnerware for a number of years, but nothing seemed to catch her eye. That weekend, however, in the middle of this bustling square, on a blanket spread out on the ground, a dinner set captured her interest.

The seller clearly thought we were wide-eyed novices, and the price he quoted was ridiculous. Little did he know that Kelly was one of the United States’ key negotiators at NATO.

The poor guy did not know what hit him and, as a result, the price started dropping dramatically. Eventually we got this lovely set of Polish porcelain dinnerware for less than half of the initial offering.

In and of itself, that makes for a fine memory—Kelly bargaining a professional market seller into submission. But that’s not the end of the story.

In this age of the Internet, once we got home, we decided to check out what it was we had actually purchased. Noting the maker’s mark at the bottom of each piece, we popped it into a search engine and, after sifting through some Web-based detritus, eventually stumbled on some informative sites that filled us in on the provenance of our pottery.

ffie mark on our dinnerware (Tielsch Walbrzych—Made in Poland) indicated that it had been crafted in the seven- year period between 1945 and 1952 in a factory town in Poland (Walbrzych). But during World War II, it turns out, that town had had a different name (Altwasser) and was a part of a different country (Germany).

More startling was the discovery that the factory in question had been run by slave labor during the war. At that time they put out porcelain with a completely different mark (Tielsch Altwasser—Germany). ffiankfully, that was not the mark on the bottom of our porcelain.

The tale then took another interesting twist when we found out that at the end of the war, as part of what they perceived as their rightful reparations, the Russians had forcibly removed much of the factory equipment and carted it back home.

However, showing incredible initiative, some of the former German slave laborers, working in concert with the Polish owners, were able to cobble together enough resources to keep the factory running. It seems that the pottery we picked in the Place du Jeu de Balle is the product of that creative and enterprising ingenuity.

Though moving from place to place can get tedious at times, periodically we uncover something much more important than the objects we cart around the world: the precious memories with which they are imbued.

Douglas E. Morris is the partner of a Foreign Service officer. He has published eight travel guides, including the latest revision to his book, Open Road’s Best of Italy.