BY STEPHEN A. YOUNG 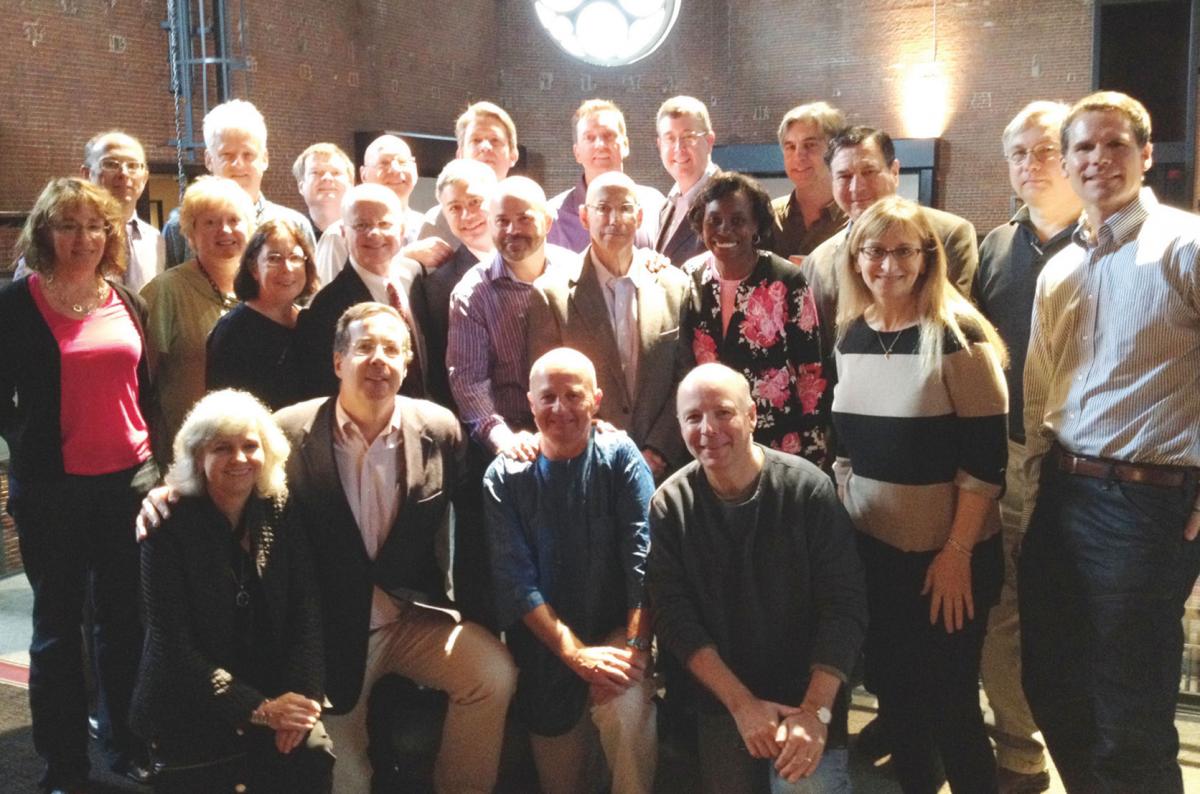 State Department psychiatrists at their annual meeting in 2014.
Courtesy of Stephen Young

The Foreign Service Mental Health Services program encompasses a variety of domestic programs and responsibilities including employee assistance, medical clearances and medical evacuation coordination, among others. But the backbone of mental health support for the Foreign Service community serving overseas are the 22 regional medical officer/psychiatrists (known as RMO/Ps) spread throughout the world, all covering multiple posts within their respective regions.

The RMO/Ps are an eclectic group. We are all required to be certified by the American Board of Psychology and Neurology and have at least five years of experience post-residency training to be eligible to join the Foreign Service. Some of us have additional training in child psychiatry, forensic psychiatry and addictions medicine. Our most senior member just retired after 25 years of service; our most junior member just this month began his first tour.

Like all Foreign Service employees, RMO/Ps are required to bid and cycle through assignments every two to three years. In recent years we have expanded, adding postings in Manama, Jakarta, Dakar and Bogota.

Community education is critical, since many employees are understandably anxious about making individual appointments for the first time.

RMO/Ps have three main functions in the field: patient care, community education and assisting leadership with morale and problem-employee issues. Patient care varies tremendously, and in many cases the RMO/P is the only mental health provider available to the embassy community. We see children, couples, families and employees who may need anything from support with a supervisor to a prescription for medication. The availability of online pharmacy services has helped us tremendously with the latter, but problems still arise as certain medications are illegal to possess in some countries even with a valid prescription.

Community education is critical, since many employees are understandably anxious about making individual appointments for the first time. Brown bag lunches, CLO presentations and community talks at schools all give employees the chance to meet and engage with an RMO/P in a more comfortable setting.

Assisting post leadership can take many forms, and it’s an area that is always challenging—patient confidentiality is paramount. Our RMO/Ps must be especially mindful of privacy concerns in small missions where “everyone knows everything.”

Mental health issues can come into play in both the medical clearance and security clearance processes. Employees know this, and fear of how mental health care might affect these processes is one of the largest barriers to our ability to provide care. The reality is that seeing a mental health provider rarely affects either one.

A DAY IN THE LIFE OF THE RMO/P

These vignettes are all fictitious amalgams of real life situations our RMO/Ps face every day. They require different kinds of skills. They represent complex issues that require complex decision-making involving multiple stakeholders. We work with many partners—our MHS team in Washington, D.C., our RMO and other MED colleagues, CLOs and post leadership—in an effort to find solutions that work best for everyone.

A young couple presents to the health unit with their 28-month-old daughter. They report that she met her developmental milestones on time over her first 18 months, but now they have noticed she has stopped babbling, does not engage with other children and does not respond when her name is called. They wonder if she has a hearing problem. This is their second directed tour and returning to the United States would be extremely difficult financially. The RMO/P strongly suspects an autism spectrum disorder. What to do?

Possible Response: The next step would most likely be a referral to a specialized center in the United States that has broad experience with pediatric developmental disorders. While obtaining the definitive diagnosis is critical, supporting and assisting these young parents as they navigate these troubled waters would also be a core element of the intervention.

Post One contacts the RMO/P at 2 a.m.; there is an urgent call from a regional post several hundred miles away. The RSO has been called to see an entry-level FSO who has made some superficial cuts with a knife on her arm. The RMO/P speaks with the employee and finds out that a relationship breakup and alcohol both played a role in the event. When the RMO/P follows up the next day, the employee minimizes what happened and adamantly refuses an offer of medevac, insisting that she is “fine now.” There are no local mental health resources. What to do?

Possible Response: Any RMO/P would have to manage the uncertainty of a patient who may be at risk, with the ultimate goal of building a relationship with her. Although it might keep her safer, if we push too hard we could alienate the patient from MED permanently. Post’s anxiety would also have to be managed, as their comfort with some degree of risk may be quite low. Ultimately it would be about negotiation and trust-building over time to, hopefully, allow the employee to engage in assessment and treatment.

A couple presents to the health unit because they are “at the point of divorce.” The employee is highly idealistic, and rejects signs of wealth (an expensive car, family vacations) as “superficial” and inconsistent with her deeply held concerns regarding wealth inequality in the world. The spouse is a foreign national who grew up in poverty. He sees these things as a symbol of success and wants to provide them to his children as he never wants them to suffer the same deprivations he experienced in his own childhood. What to do?

Possible Response: The RMO/P would have to facilitate couples therapy, either in the office or the community. Cultural conflicts in relationships are quite common in our Foreign Service population, and often amenable to treatment. The challenge is making it happen when RMO/Ps are frequently on the road, and local culturally sensitive providers are not always easy to find.

In the RMO/P’s meeting with the front office during a regional visit to post, the DCM brings up a problem supervisor in the consular section. This supervisor is described as often angry with subordinates and colleagues, leading at least one junior officer in the section to seek a curtailment. The DCM has tried to confront the behavior, but the supervisor minimizes his impact and places the blame for the problem on his locally employed staff. The DCM requested the employee meet with the RMO/P during the current post visit, but he refused. Leadership reports there has been great anticipation of the RMO/P visit so that “something can finally be done” about this supervisor. What to do?

Possible Response: The RMO/P sometimes has to set boundaries on appropriate expectations from post regarding the limits of what we can do. Many behavior problems are human resource issues, and have little to do with mental health diagnoses. However, all RMO/Ps are well-versed in group dynamics, difficult people and problem office behaviors. Scenarios like this might lead to a brown bag lunch to discuss managing conflict in the workplace along with coaching and support of supervisors at all levels to address problem behaviors.

And, most importantly, seeking routine mental health care or making an office visit to an RMO/P—even though, like all doctor visits, it will be documented in the health unit record—is considered good health care that is encouraged whenever necessary and, as such, rarely affects the employee’s medical clearance.

For security clearances, here is how the process works. When information regarding a mental health issue comes to the Bureau of Diplomatic Security through their security clearance investigative process, they refer the case to a specialized office within MED staffed by two psychologists who work only in this area (they do not provide care, have access to records, etc.). They review all cases referred by DS. (Note: Mental health treatment arising from marital, family or grief; service in a war zone; or being the victim of sexual assault, need not be reported at all.) Roughly 50 percent of the mental health related cases referred by DS are assessed as so low risk that they are cleared at this phase without any further review.

If there is a significant new diagnosis, medical evacuation or serious safety event, then, yes, the medical clearance may be revised, primarily to make sure that needed care is available at post.

In the remainder of cases, the psychologists may review records, interview the employee or perform psychological testing. However, no evaluation of any individual is performed without informed consent, and no medical information is released to these MED psychologists from the health units, Medical Clearances Office or private providers without a signed release. These psychologists do not work for DS—they are MED employees—and DS has no access to any MED records during the process.

In any given year, approximately 95 percent of all cases referred to the specialized MED psychologists are returned to DS with the recommendation that the mental health condition is not likely to negatively impact the individual’s ability to hold a security clearance.

One of the most difficult areas for RMO/Ps is the Special Needs Education Allowance. Although the parameters for this allowance are determined by the Office of Allowances, MED has a significant role in the interpretation of the allowance language both in Washington, via our Child and Family Program, and by our RMO/Ps in the field. While the SNEA cables are issued by Washington, the RMO/Ps are the ones who know the family at post and are most familiar with local resources. Parents are occasionally frustrated with the process, which can feel unwieldy and unhelpful.

MED tries hard to get employees and their children where they want to go, but American-standard special needs resources are often difficult to find overseas, and they change constantly. For example, a post may have an excellent speech language therapist available, but that individual may be the spouse of another FSO, destined to leave post after two or three years. Keeping track of quality child education resources at posts around the world requires constant input from RMO/Ps, community liaison officers and parents.

Ultimately, like all MED providers, RMO/Ps work in challenging environments, trying to meet the needs of our patients in places where there is high stress and often limited resources. Every individual and family is different, so we do our best to tailor treatment recommendations to maximize access to care and minimize disruption. 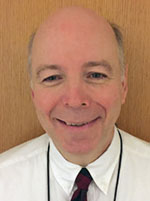 Stephen A. Young, M.D., is the director of Mental Health Services for the Department of State. Originally from Boston, he attended Tufts University School of Medicine and went on to complete a residency in general psychiatry and a fellowship in forensic psychiatry at the Walter Reed Army Medical Center. After leaving the military, he held teaching appointments at a variety of medical schools, including the University of Florida and the University of South Carolina. Dr. Young joined the State Department medical team in 2008 and has completed tours in West Africa, South America and Asia. He took over as the director of Mental Health Services in September 2015. He is married and has one daughter and a brand new granddaughter. 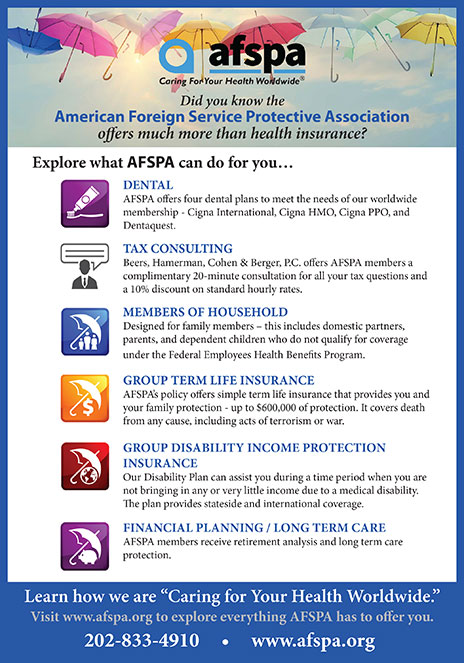 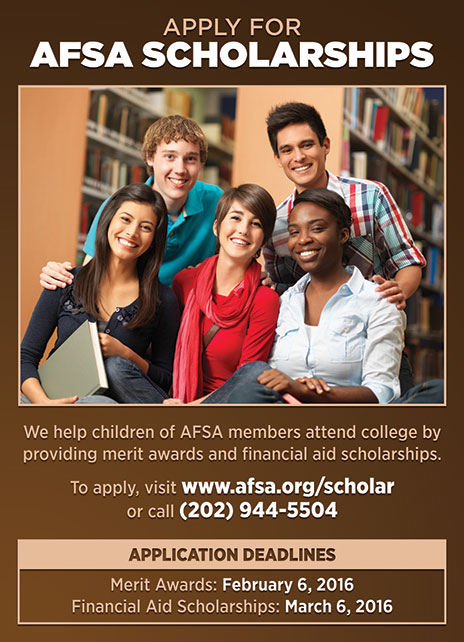 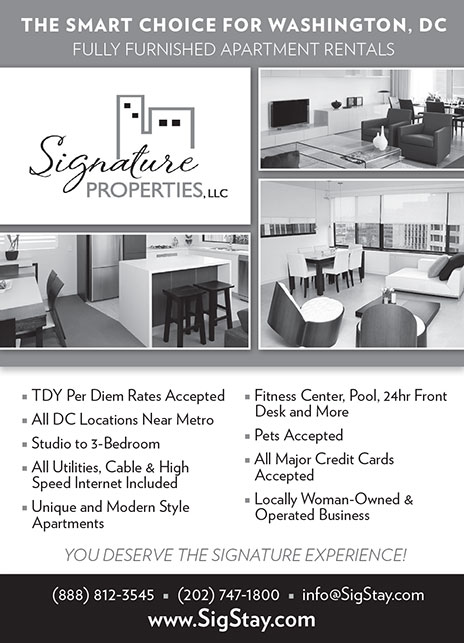