From the FSJ Archive: Perspectives on NATO

The Foreign Service Journal > April 2019 > From the FSJ Archive: Perspectives on NATO

As the middle of the twentieth century approaches, the shores of a possible New Europe may be dimly seen. In the comparatively new city of Washington, representatives of twelve nations have signed the epochal North Atlantic pact; in the ancient city of Strasbourg, where Germanic and French culture meet, a Council of Europe, conceived in the age old hope of unity for Europe, will shortly convene; and at Berlin, the broken hub of the Continent, the stark symbol of a divided Europe is about to be lifted.

Since the war, Europe, reduced to the Western Peninsula, overshadowed by non-European power, has revived its secular aspirations for unity. … The American relation to this trend will be vital. In its step-by-step progression the movement toward unity must presently come up against great problems, central to European destiny, but which are not entirely European problems. They begin with a recognition by America of the West Europe of the Twentieth Century; a Europe containing large areas of socialism and dirigisme; a Europe still in a state of shock; a Europe in debt for dollars for some time to come; a Europe which must be temporarily budgeted for in American budgets, and partly armed from American stocks; and a Europe as an essential outpost of American security.

For a year or more statements have been coming from various French sources implying that the North Atlantic Treaty expires, or must be renewed, or must be modified, in 1969. None of these things is true. The Treaty is of indefinite or perpetual duration, although any party may withdraw after the Treaty has been in effect 20 years, i.e., after August 24, 1969.

… From the political rather than the legal point of view it is all too probable that as 1969 approaches there will be louder and more insistent threats from Paris to withdraw from the Treaty unless radical changes are made in its organization. Whether France would go so far as actually to withdraw unilaterally will depend upon many factors during the next three years, including developments in East-West relations, the attitude of various governments, notably the U.S., and whether or not [French President Charles] de Gaulle is still in power.

Whether more than one government would believe that its security and possibly eventual defense would be better served by less rather than more integration is highly questionable.

The Resurrection of NATO–1968

Americans who work in international organizations are subject to a rather specialized affliction. They have to get used to reading every week or two that their organization is dead. I noticed this in the years I spent working on the United Nations; and when I arrived in Paris two years ago, I found the death of NATO was also being widely and prematurely reported. I don’t propose to argue NATO’s survival value. But I will talk about the transfiguration of NATO, which, unlike its death, has been inadequately reported.

When France left the integrated military system, each of the other fourteen governments had to decide whether to follow France’s example or stick with its Treaty obligations. When the smoke cleared, the score was 14 to 1.

Western Europe still had to be defended; the Fourteen decided, if that had to be done for a while without France, that was politically tiresome but militarily tolerable. The NATO military headquarters, and their American and Canadian support units, moved out of France with truly miraculous dispatch. And the North Atlantic Council, NATO’s political board of directors, decided on its own to move to Brussels.

But then something happened that nobody had predicted. With France standing aside, the Fourteen set up a NATO strategy council of their own; and the renewed political interest in NATO unity had a sudden and galvanizing effect on the quality of the NATO defense system.

For the first time since General de Gaulle declared his independence of NATO, both the political needs of France and the military needs of the alliance may dictate a closing of the gap. Vehicles for increased cooperation could be the advent of the French tactical nuclear weapon, the Pluton, and NATO’s own arguments about what to do about its tactical nuclear arsenal.

What sort of advantages can be drawn by U.S. and NATO planners from the current situation? Can France help us elaborate a more effective strategy for the defense of Western Europe involving tactical nuclear weapons? Can we assist the slow crabwise movement of France toward even closer cooperation with—if not integration within—NATO? And, specifically, can the Pluton be made of real practical value to NATO in a military sense, despite the seemingly conflicting requirements of French independence and NATO solidarity? I believe that the answer to all of these questions is “Yes.” But Western leaders will have to exercise imagination, patience and flexibility.

The Central Issue of European Security–1995

The constant tinkering with security pacts and organizations that began with the fall of the Berlin Wall will not be finished until Russia’s place in Europe is defined. This will be a long and difficult task, requiring a lot of perseverance to meet the many ups and downs of Russian democracy. If it can be done for Russia, the job of finding the right position for the states of Central and Eastern Europe will become far easier.

The Clinton administration endorses the approach of integrating Russia. But instead of focusing on the task of tying Russia into Europe, the administration, together with the new Republican congressional majority, has taken a dangerous detour. It is giving priority to expansion of NATO membership to a few central European states—Poland, the Czech Republic, Hungary and possibly Slovakia—as the main vehicle for its integration policy.

A healthy NATO remains essential for European security, but the concept of expanding its membership as a device for integrating the Eastern states is seriously flawed. If this idea brings about serious, enduring confrontation between Russia and the West, it may be the worst mistake in United States policy toward Europe since World War II.

NATO and Afghanistan: Made for Each Other?–2008

At first glance, NATO and Afghanistan might seem made for each other. Faced with ongoing problems of insurgency despite the overthrow of the Taliban regime in November 2001, Afghanistan continues to require outside assistance to bring a modicum of security to the lives of ordinary people. NATO, for its part, faces the challenge of proving meaningful in a post-Cold War world where its role can no longer be to keep America in, Russia out and Germany down. So the advent of new threats was, at least in one sense, remarkably fortuitous.

Yet in significant respects, the Afghanistan experience has proved a testing one for both. The need to engage in serious combat operations—mercifully avoided during the period of the Cold War—has proved a notable practical challenge for NATO, exposing problems of political will and operational coordination. Afghanistan has also brought into sharp focus the questions of what kind of leadership from the United States will be politically acceptable in the context of a “Global War on Terror” that means different things to American and European observers and publics.

NATO seems always to have enjoyed the status of a self-evident good thing—like old buildings among architectural historians or free trade among liberal economists. As a result, the question generally asked about NATO is how can we preserve it, as opposed to what is it good for.

Since the Soviet demise, does NATO really serve the national interest of the United States? Asking that question pulls us away from the prevailing preservationist approach to a less sentimental, geopolitical stance. What are America’s fundamental interests in Europe, and how can they best be protected? Does today’s NATO serve those interests? Is it the right structure for organizing our participation in post-Soviet Europe?

The issue is not only whether preserving NATO in its present form suits the geopolitical interests of the United States, but also whether it suits the geopolitical interests of the Europeans. For countries like Poland, whose foreign policy horizon seems dominated by past conflict with Moscow, the answer seems self-evident: Defeated Russia should be hemmed in militarily. But for the major Western European countries, and from the perspective of the European Union as a whole, it is difficult to imagine a happy future for Europe without a stable and friendly relationship with Moscow. 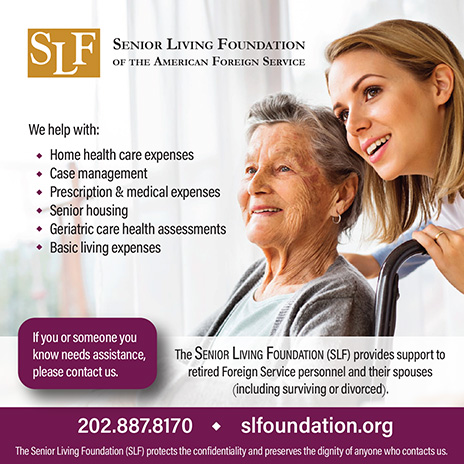