Reinforcing NATO for the Future

The Foreign Service Journal > April 2019 > Reinforcing NATO for the Future

At 70, the Atlantic alliance is a unique triumph of inter-state cooperation. What should be its “to-do” list for the future? 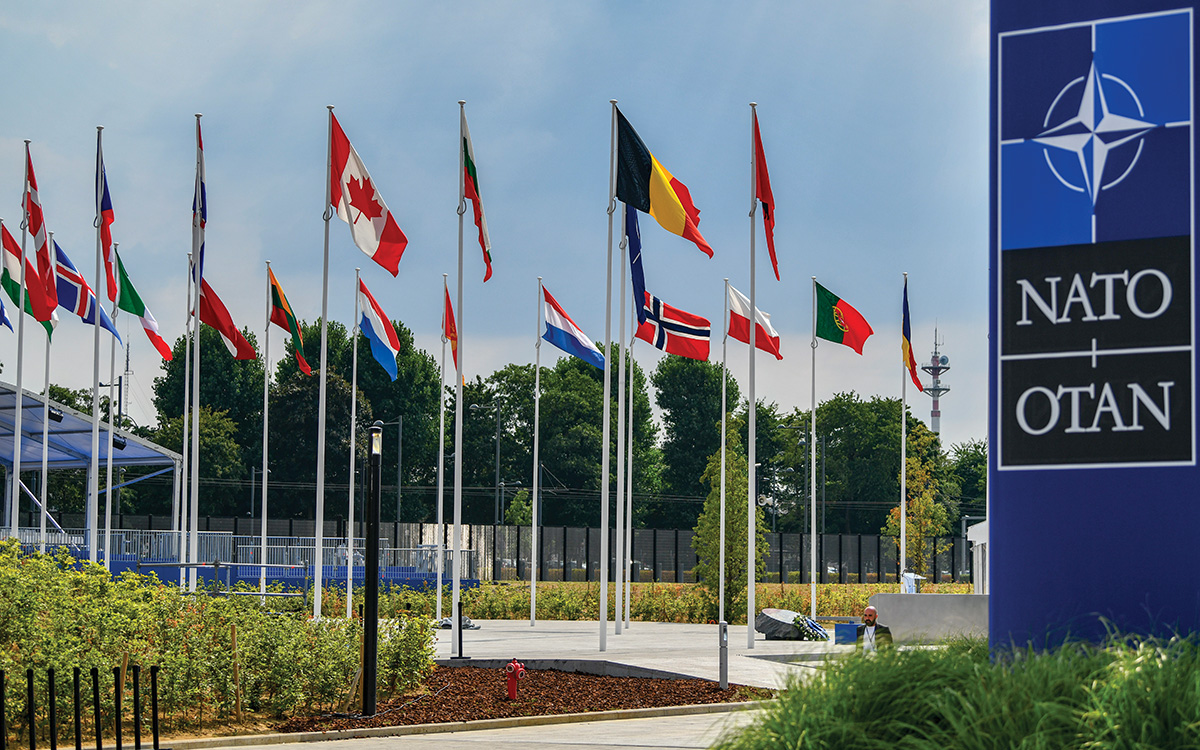 Another big anniversary for NATO. Another big opportunity for the critics and skeptics—be they in the White House, the Kremlin or in the media—to take to the megaphones. Millions of words will be written and broadcast about NATO. Occasionally they will be helpful and positive, as they should be. Others will follow a cynical pattern typical of past anniversaries.

In 2003 Professor Sir Michael Howard at the Royal United Security Institute cataloged the books on his shelf with titles like NATO – The Final Crisis, NATO – The Impossible Dilemma, NATO – The Troubled Partnership (by Henry Kissinger, no less, in 1965) and many others. He said his favorite was The End of The Alliance, written by Robert Steel in 1962.

Be ready, then, this year for more of the same. Yet the remarkable and durable alliance that is NATO deserves much better. In the history of the world it is still unique and a triumph of interstate cooperation.

The first secretary general of NATO was Lord Ismay. In his autobiography he recounts being strong-armed by Winston Churchill (I know the feeling) to take on the infant alliance. After fighting a distinguished war and settling into a comfortable and interesting Cabinet position, he was persuaded to go to NATO headquarters in Paris. But he took to it and tells of his feelings when he left after five years: “We were utterly miserable. The Council had been like a large family, and the international staff had seemed like our children.”

In his farewell speech in Bonn in May 1959, Lord Ismay made points as relevant today as they were then. He spoke of the defensive shield that had been built up, “which, not yet as strong as might be wished, is an essential feature of the deterrent to aggression. Who would have thought that sovereign states would entrust their precious armed forces to the command of nationals other than their own in times of peace? But this is what has come to pass.”

Even more prophetically he said this: “And if at times we find the burden heavy, let us remember that the North Atlantic Alliance is not only an obligation which sovereign states have undertaken of their own free will, but an insurance against the unspeakable horrors of a war which would destroy civilization.”

As we contemplate a world wholly different from that of 1959, his words seem to echo what needs to be repeated as we commemorate NATO 60 years later. The unity still has to be ensured; the resolution has to be maintained; the capabilities have to be relevant and adequate; and the sense of purpose has to be appropriate to the new and novel threats we face today.

We are told that the present occupant of the White House, in NATO’s strongest nation, has been questioning U.S. membership in the alliance. Worrying as that undoubtedly is, it may have reminded other allies of both the value of NATO and their own responsibilities to “bear the burden” of its means. Nothing better underlines the importance of American leadership in the world than the thought of losing it.

Burden sharing has long been a theme of American politicians, including the cheerleaders for the alliance—and with good reason. But a complacency that America will always be there with its clout and resources has held back the investment required for Europe’s (and Canada’s) contribution to the common effort. Donald Trump has shattered that complacency and for that, if for nothing else, we should be grateful.

The uphill task of getting close, not just to agreed figures because they are mere indications, but to having the right capabilities and attitude, will not be easy. But if European populations are to be kept safe in an uncertain future, the investment is not an optional extra.

So, what should be on the checklist for NATO at 70?

The time has come to go beyond publishing national gross spending figures on defence. Too often the attempt to meet the agreed 2 percent target involves shady financial engineering. The composition of the funding has also to be made public. What lasting value is 2 percent if it is made up of pensions and equipment for the last but one war?

Up to now we have been reluctant to name and shame on the real military spending figures. It was claimed that it might give our adversaries details they would exploit. In the era of mass surveillance and data collection, this is an outdated view. Publics have the right to know what is being spent, on what and to what end.

Nothing better underlines the importance of American leadership in the world than the thought of losing it.

Secretary General Jens Stoltenberg has highlighted what he calls the three Cs: “cash, capabilities and contributions.” In other words, we need forces which can go far, go fast, hit hard and stay long.

Much more emphasis has to be put on intelligence and cyber defenses. Quantifying spending on this crucial arm of defense needs to be a priority. We need to know what is being spent on this new and vital front line. A cyberattack on a nation or a city cannot be responded to with a main battle tank. And we have far too many of them and too little of the other.

European contributions are starting to increase and the September 2014 Wales Summit, by highlighting targets on readiness and equipment spending, has accelerated change. We need less talk now about “European armies” and “strategic autonomy.” These are empty buzzwords meaning little, and we need more of an emphasis on ending duplication and inefficiency in defense budgets. Fancy wiring diagrams—as I have often said—which are not connected to modern capabilities are for show, not shooting.

NATO needs to reinforce its partnerships.

As long as countries seek membership or a close relationship with all the facets of NATO, both military and civil, they should be encouraged. Membership standards, however, must be maintained. Military compatibility and democratic credentials are fundamental. There should be no short-cut to membership in such an elite organization. And adherence to those standards does not end with accession—there is a continuing responsibility.

The alliance will only matter in the future if it has the same cohesion and common purpose which was envisaged 70 years ago. Its vital deterrent value against new adversaries and new nonmilitary threats will only exist if all nations contribute equally.

NATO is a powerful military organization, and Article 5 has the respect of any potential adversary. Spending may still be short of ideal, but it dwarfs all neighbors. That is why those who would challenge us look to the weak underbelly of our democracies. Splits are exploited, open elections can be affected, public debate can be hijacked, and electronic communications can be subverted. It is essential, therefore, that NATO’s defenses are much more than military.

And in that collective deterrence which has kept the peace in the Euro-Atlantic area for 70 years is the crucial nuclear element. The American, British and French nuclear forces, along with other weapons on European soil, have been the backbone of a posture which has made conventional war unthinkable. They are as important today as they ever were.

Hard power is NATO’s signature, but its soft power and political role are often underestimated. The Partnership for Peace has achieved small, quiet miracles in cajoling and encouraging nations to modernize militaries and build democratic institutions. It has prepared nations for full membership and given others a practical forum for cooperation and progress.

Relations with Russia matter. The NATO/Russia Council, of which I was the first chairman, should be an important venue for dialogue. It was created in a time of rare amity but was intended for tough times, as well. The urgency of talking with the big eastern neighbor is manifest. We should reinvigorate the council.

It is now 18 years since I stood at the old NATO headquarters and invoked Article 5 of the North Atlantic Treaty on behalf of 19 nations following the 9/11 attacks on the United States. It was to be the first and only time in the history of the alliance, and it was a clear signal to the enemies of our democratic assembly of free nations that we meant business.

As NATO turns 70, the unity and determination it displayed after 9/11 has to be a rallying point—and a reminder of what the alliance needs to be in its next several decades. 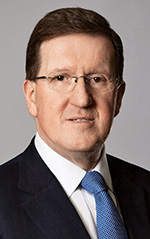 Lord Robertson of Port Ellen KT GCMG was secretary general of NATO from 1999 to 2003 and British defense secretary from 1997 to 1999. Before entering the House of Lords, he was a Labour Member of the House of Commons for 21 years. He was awarded the U.S. Presidential Medal of Freedom in 2003 by President George W. Bush. 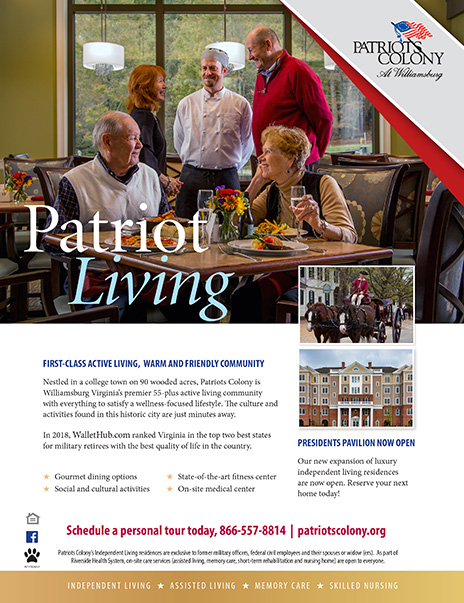 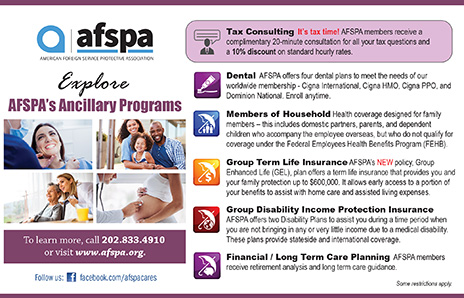 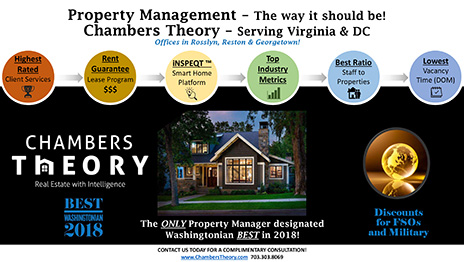