Getting Beyond Bureaucratese—Why Writing Like Robots Damages U.S. Interests

Is there a State Department writing style? Formally, no. Unlike The New York Times, we don’t have an official style and usage guide. The Executive Secretariat has a style guide, but it’s mostly focused on usage of acronyms and region-specific terminology. A few other offices or bureaus have guidelines for drafters, but these are all ad hoc, more along the line of tips than rules. As an organization, the old mantra—“the best way to write is whatever way your boss tells you to write”—still mostly holds true.

Here are a few examples of State Department bureaucratese in action. See how jargon, clutter and robotic prose drain the life out of our writing and obscure our message. I found all of these examples on www.state.gov.

USAID/State 2014 Annual Performance Report: “On another front, the Department of State is monitoring a positive trend in the number of foreign students studying in the U.S. and notes progress is on track to meet goal of a 50 percent increase in high-level science and technology and innovation engagements.”

What are “innovation engagements”? I have no idea. Are they somehow related to the number of foreign students in the United States? We don’t know that either, because the sentence doesn’t say. This entire passage is mostly vague fluff that implies progress but in fact tells us little of substance. “Innovation engagements” is a good example of the pompous jargon often used in bureaucratese—it sounds impressive, but actually says nothing.

“Innovation engagements” is a good example of the pompous jargon often used in bureaucratese—it sounds impressive, but actually says nothing.

Benghazi Accountability Review Board Final Report: “With increased and more complex diplomatic activities in the Middle East, the [State] Department should enhance its ongoing efforts to significantly upgrade its language capacity, especially Arabic, among American employees, including DS, and receive greater resources to do so.”

This sentence is such a disaster, it’s hard to know where to begin. I understand what it’s trying to say, but can it be said more clearly and forcefully? “With more State Department personnel working in the Middle East, the department must train more Arabic speakers—including in Diplomatic Security. Congress should give the department the resources to train more Arabic speakers.” The revision isn’t any shorter than the original, but it’s clearer and more to the point. Accountability Review Board reports should be hard-hitting and focused. Burying recommendations and findings under layers of bureaucratese does a disservice to the board and its mission.

I singled out the reports above not because they are bad reports, but because they are good examples of how bureaucratic writing undermines what we’re trying to accomplish. As State Department officials, we’re trained to focus on the substance of what we write. We work hard to get the facts straight, forgetting that how we present the information is often just as important, or even more important, than the facts themselves. Getting the “content” right is small consolation if our readers don’t understand what we’re trying to say or lose interest before we get to the point. As The Economist style guide advises, “Readers are primarily interested in what you have to say. By the way in which you say it you may encourage them either to read on or to give up.”

A case in point is the annual Human Rights Report, which is one of the State Department’s oldest and best-known publications. When the 2014 report was released in June of that year, Secretary of State John Kerry said he hoped the HRR will “inspire us—people here and around the world—between this year and next to take more steps, hopefully giant steps, in the direction of greater justice, wider decency and peace.”

This is a noble hope, yet one poorly served by the HRR’s dull format and style. Instead of a passionate defense of human rights, the HRR has become a drab laundry list of “human rights practices” from around the world, presented in formulaic prose. Even the most shocking human rights abuses are discussed in a clinical style more befitting an instruction manual.

A report documenting such atrocities should shock, or at least stir, the senses. Instead, the HRR dulls and then paralyzes our senses with its rigid, coma-inducing style. The end result is a report that has the opposite of its intended effect. After reading the country reports on even the most egregious human rights violators, my reaction is always the same—“It’s not as bad there as I thought.”

Some will argue that a more conversational style doesn’t fit well with the complex issues we often write about. Critics will say that “weighty” subjects like trafficking in persons or proliferation of WMD don’t lend themselves to plain English.

The critics are wrong. Read Kathryn Schulz’s July 2015 New Yorker piece, “The Really Big One: An earthquake will destroy a sizable portion of the coastal Northwest. The question is when” (now that’s a subject line!). Read a piece on ForeignPolicy.com by Harvard professor Stephen Walt, or something in The Atlantic by Ta-Nehisi Coates, and you’ll see that serious subjects can be written about in a way that’s engaging, even engrossing. Studies have also shown that using simpler language can make you look smarter, while larding your prose with big words and pompous jargon will do the opposite.

So what might be the basis for a more readable State Department style? First, I’d ditch the “State Department” or “government” qualifier. Good writing is good writing, whether it’s in a magazine, newspaper or talking points—the same rules apply everywhere. As the author of The Book on Writing, Paula LaRocque, writes, “simplicity, clarity and brevity are the most important criteria for all writing.”

The department and AFSA should recognize in some way those Foreign Service and Civil Service writers who write with “aliveness, humanity, brevity, clarity and simplicity.”

To this I would add the advice of author William Zinsser: “Good writing has an aliveness that keeps the reader reading from one paragraph to the next. . . . It’s a question of using the English language in a way that will achieve the greatest clarity and strength.”

A final, and very simple—but usually ignored—rule is: never put in writing what you would never say in conversation. As one Secretariat line staffer told us last fall as we drafted talking points for the Secretary, “imagine the Secretary actually saying this to a foreign leader.”

So how do we get from here to a more effective style? A few suggestions:

• Every new State Department employee should be given two books: The Book on Writing: The Ultimate Guide to Writing Well by Paula LaRocque; and On Writing Well by William Zinsser. Both are quick, entertaining reads, and their advice applies well to department writing.

• The State Department and AFSA should recognize in some way those Foreign Service and Civil Service writers who write with “aliveness, humanity, brevity, clarity and simplicity.” The department could also ask people on the Sounding Board to highlight examples of good department writing and announce a monthly winner on the iNet homepage.

• Supervisors need to do a better job of working with newer employees on drafting skills. Make a point of sharing good writing with your subordinates, and explain what separates really effective writing from empty fluff.

• The department should recognize offices and bureaus that best promote “plain language,” as required by the Plain Writing Act of 2010 (Public Law 111-274). Although most department writing is exempt from the act, the principles outlined in the law are still a good idea. Simply following the guidelines outlined on Plainlanguage.gov would dramatically improve a lot of our writing.

• All bureaus that issue public reports like the Human Rights Report and Trafficking in Persons Report should overhaul their format and style requirements to make the reports easier to read and require plain English. Doing this will make our reports read like the compelling human stories they are.

• Have some fun! Diplomacy is serious business, but that doesn’t mean we can’t have fun with our writing—we’re not obituary writers. Injecting plain English and a little tongue-in-cheek humor into cables and Official-Informals (when appropriate) keeps the writing fresh and alive. Lively writing will make even “serious” subjects more compelling and interesting.

As State Department writers, we owe it to our readers—whether the public, foreign governments or other U.S. government officials—to write as clearly as we can. As the French author Stendhal said in 1840, “I see but one rule: to be clear.” Bureaucratese is the opposite of clear writing. And when we are not clear—when our writing bores and confuses people or causes them to stop reading—we do a disservice not only to our readers, but to American interests we proudly work every day to promote. 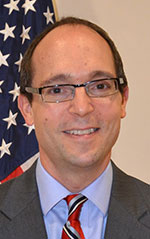 Paul Poletes completed a tour as deputy chief of mission at U.S. Embassy Ashgabat this summer and is now studying Latvian at the Foreign Service Institute. He joined the Foreign Service in 1998 and has previously served in Athens, Dhaka, Bishkek, Tirana and Washington, D.C. The views expressed here are his own. 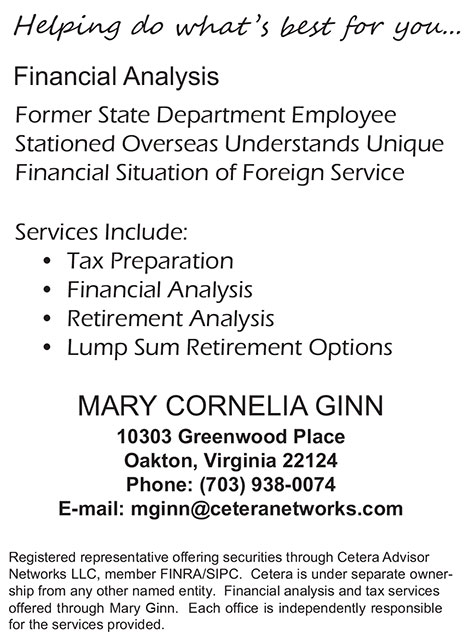 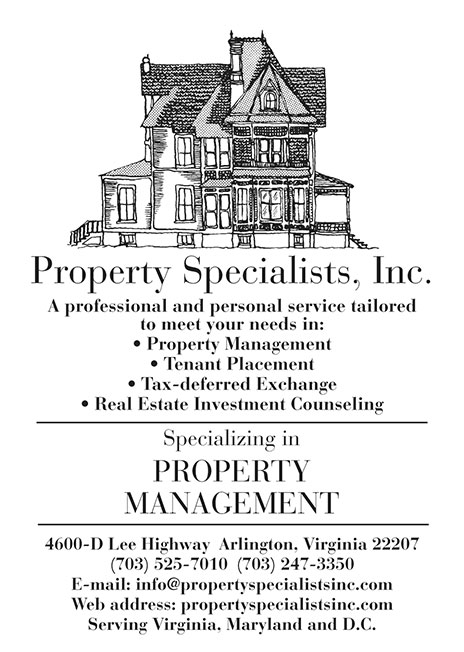 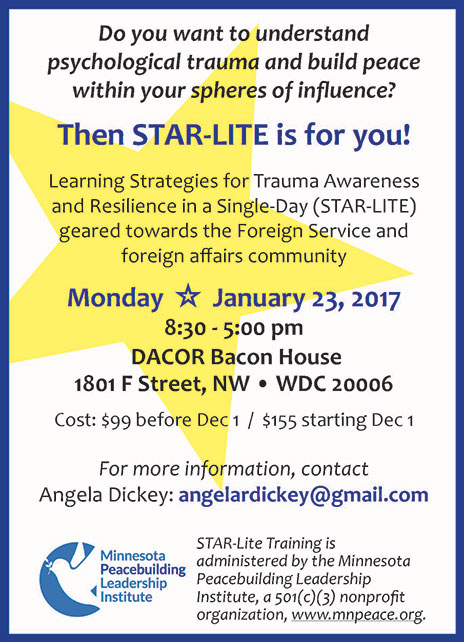