The present and looming migration crisis, with bad governance its main driver, requires all the tools of statecraft to resolve. 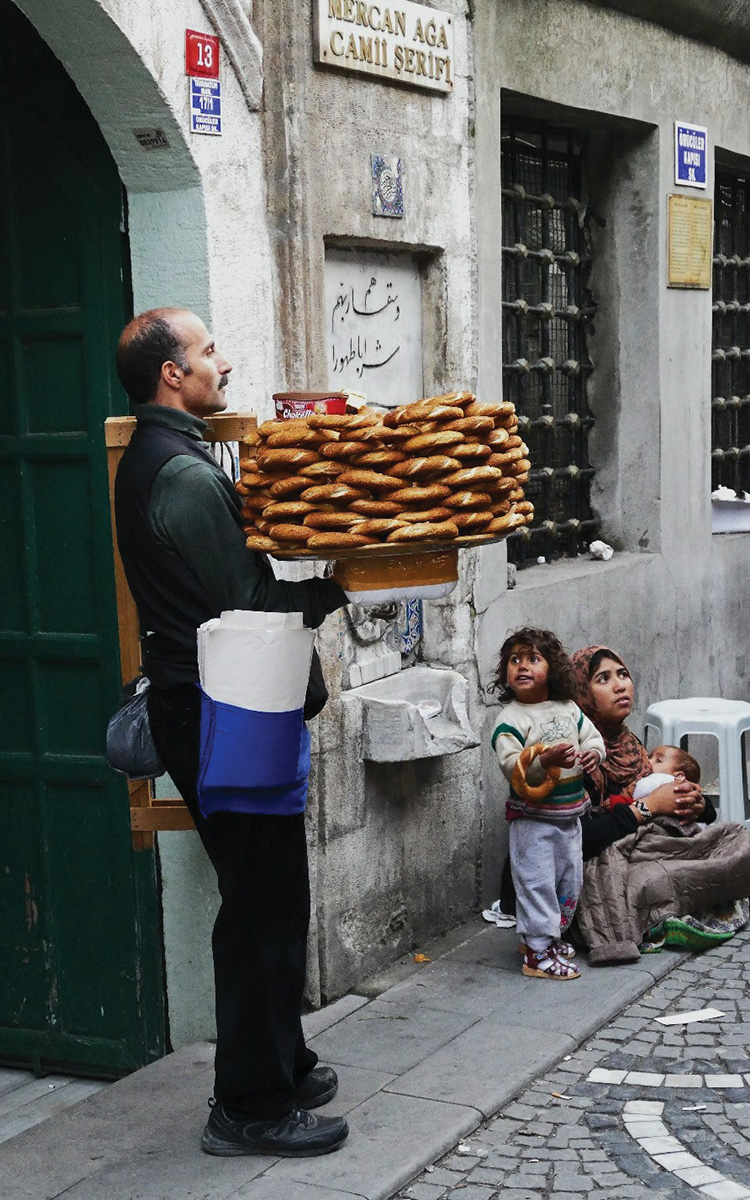 A Turkish baker gives a Syrian refugee child a round of bread in Istanbul in 2014.
Timothy Carney

Migrations have marked human activity since our early hominid period. With wanderlust and a search for greener pastures embedded in man’s DNA, we have gone out of Africa; moved into Europe, absorbing the Neanderthals; merged with populations in what became the Egypt of the pharaohs; and peopled the Pacific islands. Africans pushed the San people aside as they moved to the southern tip of Africa; Europeans invaded the Western Hemisphere, conquering the indigenous people of South and North America.

Migrants have always faced the hardships and uncertainty of travel. They often fought to secure their place in new lands. But ultimately, relatively small populations found space. They conquered and intermarried, reaching accommodation with or forcing extinction (or nearly so) on their new neighbors. These historic movements, or migrations, contrast with immigration, the term for a modern type of population shift that I define as a structured process by which a nation-state accepts additions to its population from other nation-states.

The variety of words used today to describe migrants— “displaced,” “refugees,” “asylum-seekers” or “economic migrants” (who fail to meet the formal conditions for refugee status)— sows confusion. “Refugee” is perhaps the most common, if imprecise, term. During the 20th century, as the planet filled up, nations began formalizing this term, which originated in the late 17th century to describe those fleeing French religious persecution to a place of safety. Many migrants became refugees. In the 1950s the international community began establishing laws and an international bureaucracy to provide humanitarian assistance and to monitor how refugees are treated.

Today, millions of people are fleeing persecution, conflict and poverty brought on by poor governance, climate change and overpopulation. According to the United Nations High Commissioner for Refugees, by the end of 2017 some 68.5 million forcibly displaced people were sheltered in 65 countries: this includes 24.5 million recognized as refugees, 3.2 million awaiting a decision on their application for asylum, and another 40 million who are “internally displaced”—in effect, refugees within their own countries. As of 2018, 1.2 million refugees were still in need of resettlement, 43 percent of them sheltered in Turkey; of the 56,000 who were resettled in 2018, 17,000 found permanent homes in the United States.

But running away to a better life—whether it be for greater economic opportunity or for religious, cultural and political freedom—has become much more difficult in the 21st century. The United States, which has experienced both migration and immigration, is now challenged with the reality that hundreds of thousands, if not millions, seek to move here. Many do not care about legalities.

During my 30-year Foreign Service career, I witnessed two major refugee flows, one from Indochina and the other from the Caribbean. In each case, the United States adopted different policies to manage people hoping to begin new lives in America.

In the 12 years following the 1975 fall of Vietnam, Laos and Cambodia, more than three million people fled Indochina by land or by boat. Camps in Thailand, Malaysia and Indonesia funneled 1.3 million to the United States and almost as many elsewhere. Half a million opted either for repatriation or were forcibly sent back.

The destruction of the Khmer Rouge regime in Cambodia at the hands of the People’s Army of Vietnam (whose spearhead had a very thin plating of rebel Cambodians) sparked an enormous popular migration, as all levels of Khmer society sought to escape to Thailand and go farther abroad. In 1979, after forcing the first group of 40,000 Khmer back, the Thais ultimately accepted hundreds of thousands of Cambodian refugees under international care as part of a process to resettle the Khmer overseas. A negotiated peace process more than 10 years later permitted the repatriation of the remaining 360,000 Cambodians from Thai border camps.

In the 12 years following the 1975 fall of Vietnam, Laos and Cambodia, more than three million people fled Indochina by land or by boat, 1.3 million to the United States and almost as many elsewhere.

This international effort elicited dedicated national and United Nations civil servants, as well as hard work and imaginative solutions from nongovernmental organizations in the United States and elsewhere. Fear of a major famine in post– Khmer Rouge Cambodia led to the creation of a “land bridge” at the Thai-Cambodian border, through which the international community poured grain and seed into western Cambodia, a traditional agricultural center of the country.

All this continued while Cambodia’s political environment remained sclerosed. The Vietnamese, suspected of trying to create an Indochinese Federation under their aegis, were building a client regime, with Soviet assistance. Thailand and other Southeast Asian states were supporting the remnant Khmer Rouge with important Chinese arms and funds. For its part, the United States provided “nonlethal” assistance to a nascent noncommunist resistance to the Vietnamese client in Phnom Penh. It took the unraveling of the Soviet Union to convince the Vietnamese to negotiate a deal that saw the U.N. conduct, rather than merely monitor, the first-ever election in Cambodia in 1993.

A different story unfolded in the Caribbean half a world away. The United States adopted two different policies toward refugees or migrants from Cuba and Haiti, respectively. U.S. domestic politics ensured that we accepted anyone who could escape the Cuban regime. In contrast, people from neighboring Hispaniola were not welcomed at all. A crisis in the early 1980s saw some 100,000 Cubans and 15,000 Haitians flee to the United States. Cubans were quickly paroled to the care of relatives. Haitians wound up targets of a Carter and then Reagan administration policy of detention that, in response to court decisions, expanded to include all illegal immigrants. This policy persists to this day.

During the period I served as ambassador to Haiti at the end of the 20th century, the United States adopted an aggressive policy to repel Haitian migrants. The United States regularly reconnoitered the west coast of Haiti to determine if new ships were under construction. When a vessel set forth toward Florida, a U.S. Coast Guard cutter would interdict it. Inspection of the vessel would find it unseaworthy. The passengers would be put aboard the cutter for transport back to a Haitian port while the Coast Guard sank the vessel. 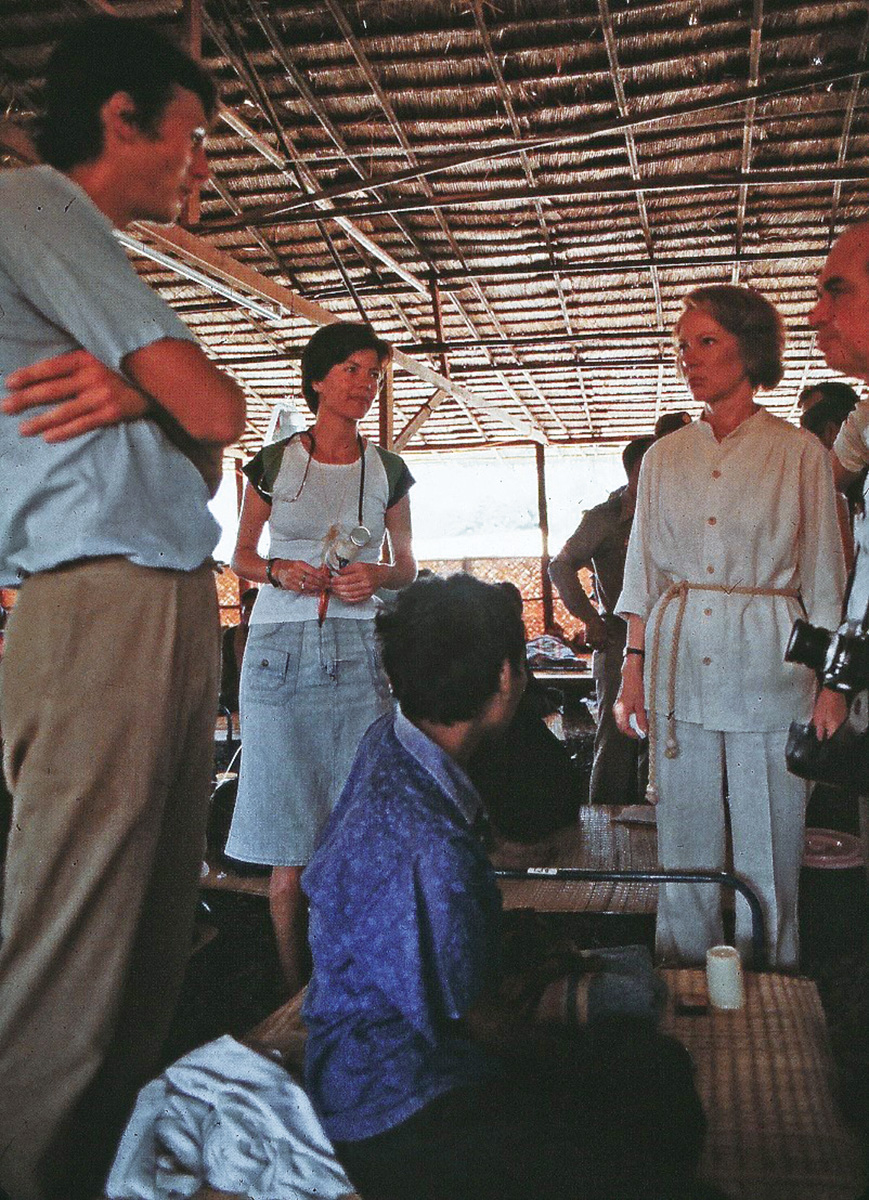 More recently, the European Union has adopted a different, but equally unwelcoming, approach to limit migrants crossing the Mediterranean Sea from Africa. Since 2014 a major surge in migration to first asylum countries in Europe has come from the Middle East (with many Syrians fleeing conflict to Turkey) and, more recently, from Africa, the latter as much a function of population growth as war and rebellion.

Since 2016 the European Union has invested considerable sums in Sudan, although not directly to the government in Khartoum, to stabilize refugee flows and effectively limit movement through Sudan to Libya and on to the Mediterranean. Ethiopians, Eritreans and others displaced within Sudan itself allege abuse by Sudanese police and security agents, as well as by smugglers.

The political environment, as David Frum accurately notes in the April 2019 Atlantic, has become increasingly unwelcoming to both immigrants and refugees. Countries see their resources taxed to the breaking point. As citizens in Europe and America face the prospect of an unlimited influx of foreigners in need of assistance, resentments grow and the most grudging elements of human nature come to the fore.

The fact that European and Japanese populations are aging does not seem to make many disposed to recognize the value of younger labor. In the United States, I have pointed out to older relatives that America has reinvented itself regularly with immigrants from Northern and Southern Europe, from Ireland, from Indochina and, most recently, South and Central America. While elements of preserving white privilege and place clearly figure in their rejection of this view, a more fundamentally conservative animus to change seems to drive their logic.

The issue comes down to two questions: How do we deal with the migration crisis that is upon us now? And, what can we do to limit future mass migrations?

Dealing with illegal immigrants frustrates our politicians because while most subscribe to the view that illegal immigration is intolerable, they change their mind when a specific case is presented and earns broad popular sympathy. U.S. authorities should continue to be tough, but show flexibility depending on individual circumstances.

Some believe that Article 14 of the Universal Declaration of Human Rights, which guarantees the right of asylum from persecution, effectively means that anyone can enter the United States. We must take a hard look at how we define the term “refugee” and how we, by law, distinguish refugees from those who try to enter the United States for “economic” reasons and therefore do not qualify for asylum.

In the longer term, dealing with the migration crisis is a matter of improving governance in those countries from which people are fleeing.

The United States must continue to provide humanitarian assistance to those seeking to enter, regardless of their motives. Some may merit special attention to transform their status to become immigrants. Exactly who qualifies is a matter for serious national debate. At the same time, we must expand efforts to resettle migrants in countries that seek to grow their populations.

In the longer term, dealing with the migration crisis is a matter of improving governance in those countries from which people are fleeing. National leaders and elites can be so power-hungry and corrupt that they do not accept broad political and other human rights. The political elite in Haiti, for example, does not, in far too many cases, embrace the concept of a commonweal. Rather, they seek to enrich themselves and their families, and have little concern for their fellow citizens. That has been the case for what is now more than 200 years, including a period of nearly 20 years of U.S. military occupation from 1915 to 1934.

Apart from the defects of political elites, dictators lead many nations today; few are benevolent. All eventually become power mad. Usually the world acts only when such leaders provoke their neighbors into a military response, as in the case of the Khmer Rouge in Cambodia or Idi Amin in Uganda. On the broad stage, concepts of sovereignty vie with concerns for political rights across the planet. Political repression, a driver of migration, usually has economic consequences flowing from the corruption that accompanies either dictatorship or, as in the Sudans today, one-party control.

Generally, the rest of the world only responds with words. Expressions of concern abound. Actions, however, remain limited to humanitarian assistance such as the United States provided on a massive scale to the suffering in the Republic of South Sudan. Failures of governance require a tougher response. This must start with a broad debate in many forums: universities, think-tanks, the United Nations General Assembly, parliaments and the press.

Key questions in such a debate include: What constitutes bad governance? How can the United States, working with allies, promote better governance? What inducements might work? What sanctions short of military intervention might help? Is bad governance, in fact, a threat to peace that might cause the U.N. Security Council to invoke Chapter 7 of the U.N. Charter and put an internationally supported armed force into action?

Thus far, most nations are reluctant to move in the direction of creating enforcement mechanisms against bad governance. However, the present and looming migration crisis is, in fact, a threat to peace. It requires all the tools of modern statecraft, from diplomacy and humanitarian and development assistance to, as a last resort, military action. 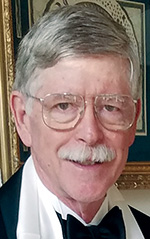 Timothy Carney was a Foreign Service officer for 32 years, during which he served as U.S. ambassador to Sudan and then Haiti. He also served in three United Nations missions: Cambodia (UNTAC), Somalia (UNOSOM II) and South Africa (UNOMSA), among many other assignments. 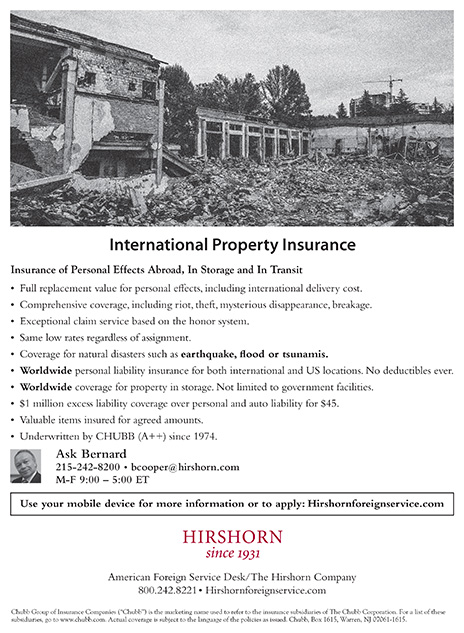 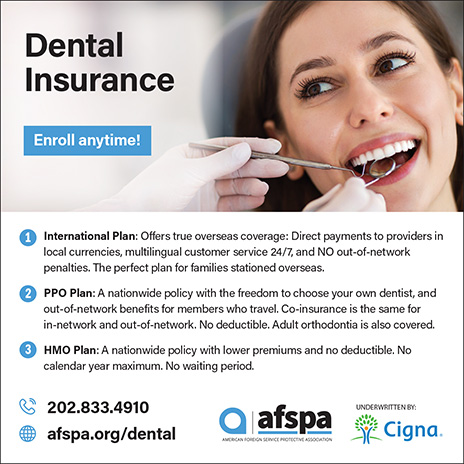