For years, AFSA has partnered with the Thursday Luncheon Group (TLG) to support a deserving minority college student for a summer internship at the Department of State. Both organizations provide a stipend for the student for living expenses and other costs. TLG is an important organization whose mission is to increase the participation of African Americans and other minorities in the formulation, articulation and implementation of U.S. foreign policy. The TLG president is Recardo Gibson, who is the main point of contact for this internship program. All inquiries should be directed to him. (The internship application form for the U.S. Department of State’s unpaid internships program can be found at careers.state.gov.  All candidates for summer internships should check the careers.s 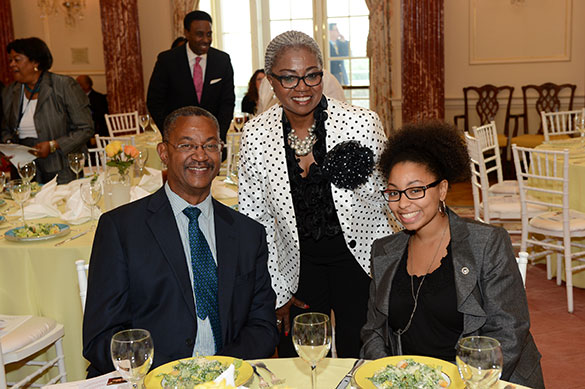 tate.gov website mid-September for announcements and submit applications prior to November 1 of each year.)

In 2014, AFSA began partnering with the Hispanic Employees Council of Foreign Affairs Agencies (HECFAA) to sponsor a Hispanic-American college student for a summer internship at the Department of State. The primary contact for this internship is HECFAA; please email them here. This internship also comes with a stipend provided by both organizations. AFSA began a new partnership with the Asian Americans in Foreign Affairs Association (AAFAA) in 2018. The AFSA liaison for all programs is  Allan Saunders, Manager of Outreach and Internal Communications.

AFSA is very interested is supporting further internship opportunities for minority students across the foreign affairs agencies and we welcome interest from groups who wish to sponsor such a student for a welcoming, rewarding, and career-enhancing placement here in Washington. The TLG, AAFAA and HECFAA internships are run under the auspices of the Fund for American Diplomacy, AFSA's 501(c)(3) charitable arm.