The Paris Waiter: A Life Lesson

It was a hot summer morning in 1986. Our train would be leaving Paris in 40 minutes.

My wife Susan and I had opted to stop for a few days here while in transit from Togo to our new assignment to Guatemala via Washington. Today’s visit to the beautiful cathedral city of Chartres would be a delightful side trip. Son Sean, 11, and daughter Elizabeth, 6, were with us.

We decided to stop for cool drinks in the small, drab, busy café adjacent to the Montparnasse station. We snagged a table that other customers had just left.

A waiter appeared. Without greeting us, he hastily wiped down the worn tabletop and straightened up, waiting for us to speak.

“Good day. What kind of drinks do you have?” I asked in French.

“We don’t have fish,” he snapped. He spoke loudly enough that the French people at nearby tables could hear. “Poisson” (fish) and “boisson” (drink) can sound alike.

“Drinks,” I replied, putting exaggerated emphasis on the “B.”

“Up there,” he answered, gesturing impatiently at a yellowed placard on the wall behind Susan. We ordered bottled drinks, paying when he delivered them—it was that kind of place.

“What’s the matter with him?” Sean asked. Like many Foreign Service kids, he had the outsider’s gift of close observation. With French and Togolese playmates and French in school, his youthful ear was better than mine. “You didn’t say fish,” he said.

Annoyance at the waiter’s unfriendly demeanor and petty linguistic put-down would have been normal. On mature reflection, kindness and understanding were more in order.

Annoyance at the waiter’s unfriendly demeanor and petty linguistic put-down would have been normal.

The matter, I explained, is that the waiter was probably overworked and overtired. His feet may have hurt. He was very pale, had bad tobacco-stained teeth and appeared unhealthy. He was short and thin, and his eyes were red, from lack of sleep or too many hours in a dimly lit workplace.

He labored not in a fine gourmet restaurant nor even a warm neighborhood bistro where cordial regulars saluted him by name, but in a gloomy café where he served a daily stream of harried, anonymous travelers.

He was probably poorly paid and likely lived not in the lovely city center of Paris, but in one of the dreary high-rise suburbs we had passed on the inbound train from the airport three days before. Living in a nation that worshipped learning, he had almost certainly not had the opportunity to finish high school.

His lot was not a happy one.

Bitter and disappointed, he may have found the opportunity to win a small life victory by zinging a family of frivolous bourgeois foreigners irresistible. Susan’s beauty and the kids’ wholesome sunsplashed glow likely fueled his resentment.

As I spoke to Sean, Susan and Elizabeth were busy writing on paper napkins. Susan looked up to say, “We’ll leave a nice tip. He probably doesn’t get many.”

As we left, smiling, our bold, curlyhaired Elizabeth was detailed to skip across the room and hand the waiter the napkin with a tip folded inside. The napkin was illustrated with a smiley face and carefully aided first-grade scrawls that read “Thank you very much” in English and French.

The waiter was stunned, his reaction one of pleasant surprise. He smiled down at Elizabeth and then nodded and smiled across the room at the Susan, Sean and me.

We remember the waiter, still. We hope that, for a time at least, he remembered us. 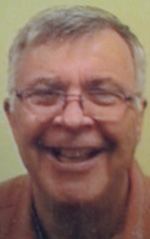 John Treacy entered the Foreign Service with the U.S. Information Agency in 1970 and retired as a member of the Senior Foreign Service in 1999. He served in embassies and consulates in Portugal, Brazil, Spain, Togo, Guatemala and Ireland. He was detailed for 18 months to the United States Delegation to the Conference on Security and Cooperation in Europe, and served for two years as an instructor at the National War College. In 1996, he was awarded AFSA’s Christian A. Herter Award for Constructive Dissent. After retiring, he and his wife moved to Evanston, Illinois. From 2001 to 2017, he taught ESL part-time at Truman College, one of six community colleges in the City of Chicago system.