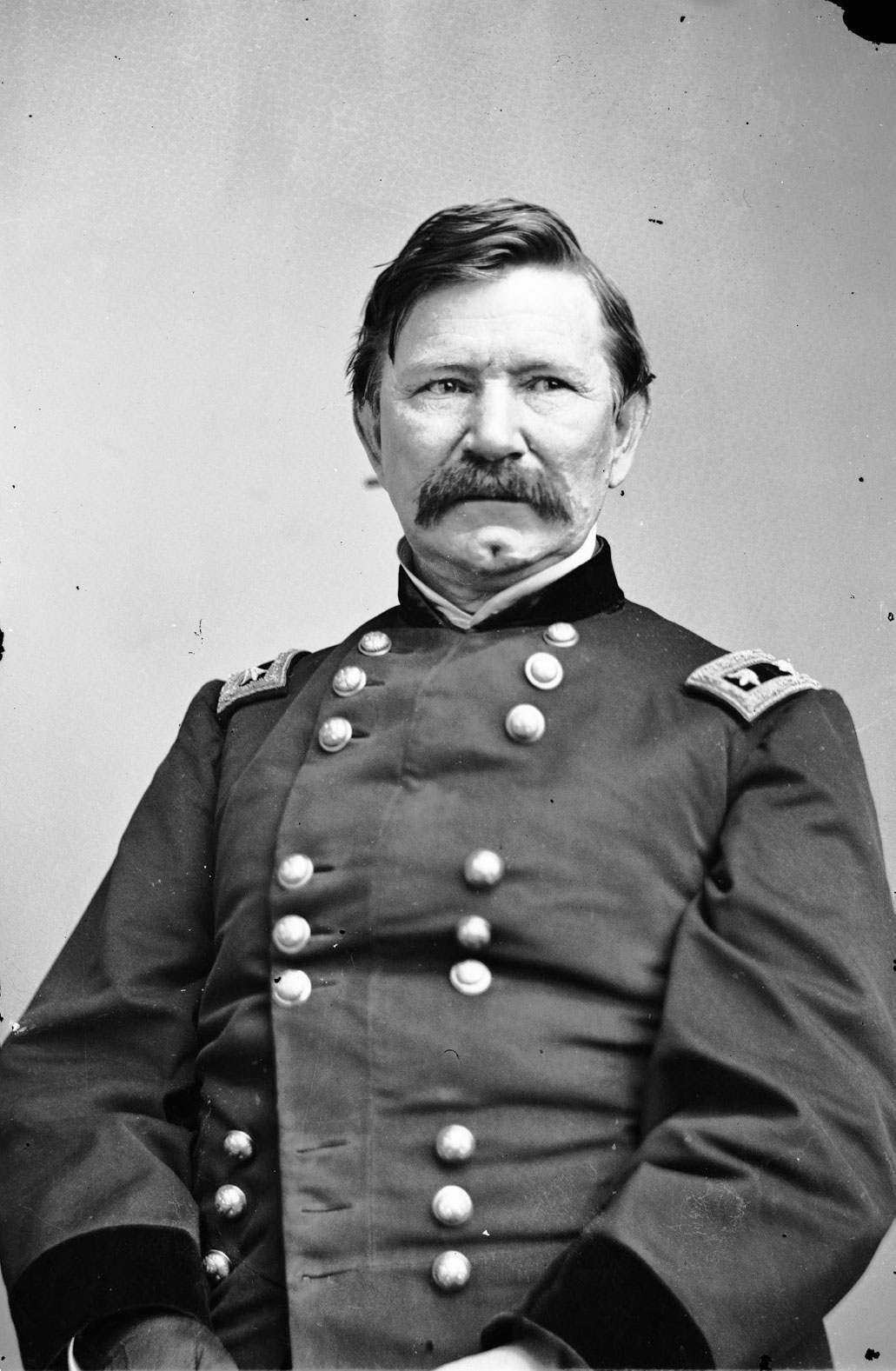 Most Foreign Service officers serve under a political ambassador at least once during their careers; I served under five of them at three embassies. While some non-career appointees are unprofessional and poor managers, few are as deplorable as Robert C. Schenck, an Ohio lawyer, politician and Civil War general who was the U.S. minister (ambassador) to the Court of St. James’s from 1871 to 1876.

Appointed by President Ulysses S. Grant, Schenk used his position for personal gain, becoming entangled in promoting the fraudulent Emma Silver Mine to British investors. His conduct was investigated by the House of Representatives Committee on Foreign Affairs. But though the committee issued a scathing report, the minister was merely reprimanded, and by that time had finally resigned as minister.

Today, if Robert C. Schenck is remembered at all, it is less for his part in the Emma Mine scandal than for his role in popularizing the game of draw poker and compiling the first definitive set of rules for this game. Yet his tale reminds us that when non-career ambassadors are bad, they are sometimes very bad.

Our Man in Latin America

Schenck’s early life was promising enough. Born in 1809 in Franklin, Ohio, he graduated from Miami University in 1827 and became a lawyer in 1833, working in Dayton. Active in Whig politics, he was elected to the Ohio legislature in 1840 and then to the U.S. House of Representatives in 1842, where he served four terms.

In 1851 President Millard Fillmore’s Secretary of State, Daniel Webster, persuaded Schenck to accept an appointment as minister to Brazil, with accreditation to Uruguay, the Argentine Confederation and Paraguay. Over the next two years, he successfully concluded trade agreements with all four countries, by which the United States gained advantages never accorded to any European. He then returned to Ohio to resume his legal and political activities.

A few years later, Schenck switched his party affiliation from Whig to Republican, and was a strong supporter of Abraham Lincoln’s 1860 presidential campaign. When the Civil War broke out, he offered his services to the Union, and Lincoln named him a brigadier general in June 1861.

As Schenck later recounted, “Lincoln sent for me and asked, ‘What can you do to help me?’ I said, ‘Anything you want me to do. I am anxious to help you.’ He asked, ‘Can you fight?’ I answered, ‘I would try.’ Lincoln said, ‘Well, I want to make a general out of you.’ I replied, ‘I don’t know about that, Mr. President, you could appoint me as general, but I might not prove to be one.’ Then he did so, and I went to war.”

He returned to the U.S. House of Representatives in March 1863, serving three more terms before losing his 1870 re-election bid by just 53 votes. President Ulysses S. Grant, who was known to have a soft spot for former Civil War officers, especially wounded ones, appointed Schenck minister to the Court of St. James’s after his electoral defeat. Not long after sailing for England in the summer of 1871, Schenck’s troubles began.

Located near the town of Alta, in the Utah Territory, the Emma Silver Mine was owned by James E. Lyon. In April 1871, Trenor W. Park and Henry H. Baxter bought interests in the mine from Lyon. Park had previously been involved in a mining scandal. One of Lyon’s advisers for the sale was William M. Stewart, a senator from Nevada and a lawyer with a shady background.

Based on the purchase agreements, the new owners and Stewart valued the mine at $1.5 million, but they believed they could sell it to investors in England for £1 million, or about $5 million. (Currency exchange rates at this time were fixed under the gold standard; £1 = $4.85.) To advance this scheme, from May through September 1871 they ran the mine full-out. The silver was sold on the London market and excited the appetite of British investors for shares in the mine—but its ore reserves were being significantly drained.

Soon after Schenck arrived in London, Park and Stewart traveled there to lay the groundwork for selling the shares. As they formed a board of directors for the British entity that would control the mine, Emma Silver Mining Company Ltd., they approached Schenck to join. They knew that having the U.S. minister on the board would demonstrate the “extraordinary character” of the investment.

The two men offered Schenck a directorship with an annual stipend of $2,500, along with a sweetheart deal: a no-interest loan to purchase £10,000 of Emma Mine stock, which would not need to be repaid until he sold the shares. In this way Schenck not only lent the prestige of his diplomatic position to the enterprise, but made it appear that he was making a substantial personal investment in it.

To his credit, it seems that Schenck had some reservations about accepting the proposed arrangement. Rather than consulting the State Department, however, he informally queried two colleagues at the embassy (both also former Civil War officers). Neither raised any objections, so Schenck took the deal.

The prospectus was issued on Nov. 9, 1871, and proved very popular, especially among “widows, clergymen, half-pay military officers and others dependent on annuities.” (Three members of parliament also accepted seats on the Emma Silver Mine’s board.)

Shortly thereafter, Schenck again began to have qualms about his relationship with Emma Mine, and finally sent the following telegram to Secretary of State Hamilton Fish asking for guidance: “Am surprised and pained by telegrams from United States, published here, regarding my connection with Emma Mine. Have no pecuniary interest except some shares, for which, after investigating fully, I paid dollar for dollar. Having thus decided and raised means to invest, was solicited by respectable Americans to act with gentlemen of known high character as director, to protect their interests and my own in what I believe very valuable property. Perhaps made mistake. Want only honorably and usefully to serve my government and countrymen, but have not deemed it wrong to try to make something honestly for myself and family. Will withdraw from board or do whatever you advise. Will not embarrass administration.”

Fish quickly cabled back: “The advertisement of the name of a diplomatic representative of the government, as director of a company seeking to dispose of its shares in the country to which he is accredited, is ill-advised and unfortunate, and is calculated to subject him to criticism. … You are earnestly advised to withdraw your name from the management of the company.”

Schenck duly submitted his resignation from the Emma Mine board on Dec. 6, 1871—but did not sever his ties with the firm until Jan. 12, 1872. The delay afforded him additional time to unload his shares.

In the end, though, he proved better at playing draw poker than playing the market, losing, he said, about $40,000 on the deal. Ironically, one of the reasons Schenck cited for participating in the venture was that he had “found it impossible to maintain suitable living standards for himself and his family on his meager salary.” (This is a sentiment expressed by countless Foreign Service officers serving in London since then.)

Many other investors lost money, as well. By the end of 1872, shares in the mine fell from a high of £32 to just a little over £1. Investors naturally became irate over what was increasingly seen as a fraud. To his further discredit, Schenck successfully invoked the cloak of diplomatic immunity to escape British lawsuits over the scandal and his role in it as a director of the Emma Mine.

Yet despite his loss of credibility, Schenck chose to stay on in London as minister for another four years, finally returning to the United States in early March 1876. Though animosity was directed at Schenck personally, the episode does not appear to have affected bilateral relations in any significant way.

To his further discredit, Schenck successfully invoked the cloak of diplomatic immunity to escape British lawsuits over the scandal.

Schenck’s belated resignation may well have been driven by the worsening political climate in Washington, where Democrats began to push investigations into various scandals implicating the Grant administration with an eye toward the 1876 elections. In February 1876, the House of Representatives passed a resolution directing the Committee on Foreign Affairs to investigate the Emma Silver Mine affair and Schenck’s role in it.

Representative Abram S. Hewitt (D-N.Y.), a member of the committee, presented its 876-page report to the full House on May 25, 1876. After summarizing the facts, he commented:

“Of all the positions in public life, the ambassador occupies the most delicate, the most responsible, the most honorable. … But while no harm can come to him personally by any act of his, he can commit no act, whether noble or infamous, which does not directly affect the honor of the nation which he represents. Hence his guiding rule of action must necessarily be to subordinate all personal and private interest to the national honor; and his immunity from prosecution is the very reason why he should refrain from engaging in any operations by which others may sustain loss while he is protected from personal responsibility.”

Hewitt was also critical of Secretary of State Fish. He was particularly concerned about “the injurious consequences to the fair name of the United States arising out of the failure of the government to deal promptly and firmly with its minister, when, by becoming a director and by his letter of resignation, he made the grave and irreparable mistake of endorsing and re-endorsing the enterprise and the men who have caused this great disaster and this greater reproach.”

Although the evidence against Schenck was damning, in an attempt to secure bipartisan support, Democrats on the committee did not press Republicans to support any specific punishment for Schenck for his actions, or for Fish for his inaction. The committee instead unanimously approved a resolution condemning Schenck for taking actions that were “ill-advised, unfortunate and incompatible with the duties of his official position.”

Hewitt added: “There are … circumstances in which ignorance is as mischievous as crime; and I feel constrained and grieved to say that the connection of the American minister at the Court of St. James’s with the Emma Mine belongs to that category. We may pity, we may sympathize, but we must condemn.”

Today, few people remember Robert Schenck or the Emma Mine affair. But, after 150 years, we still struggle as a nation to make sure that only the most capable and upright individuals represent the United States as ambassadors.

Stephen H. Muller spent 26 years as a Foreign Service economic-cone officer, serving in Quito, Brasilia, Mexico City, Ottawa, London and Washington, D.C. After retiring from the Service in 2000, he worked for 12 years as a writer and editor for a group of newsletters serving the electric utility industry. He currently lives in Troy, New York, where he does freelance writing and serves on the boards of several nonprofits.