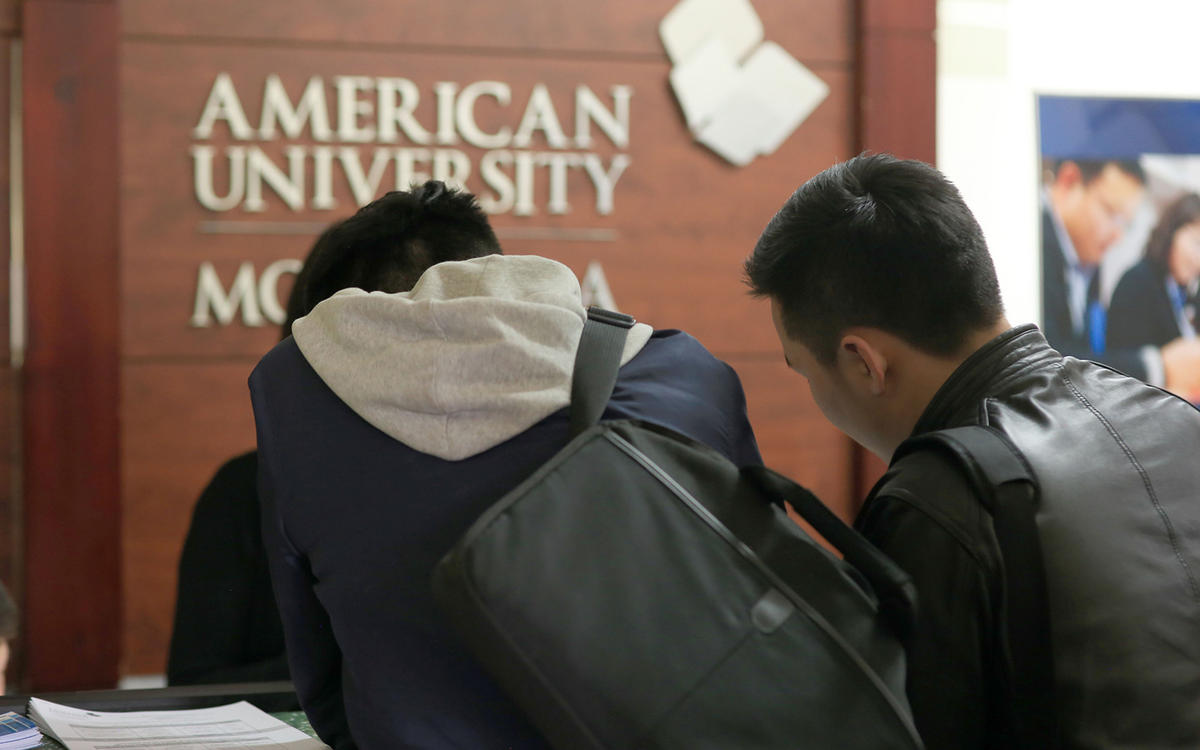 I still remember my excitement when I first stumbled across the American University of Mongolia website in 2014. I had been searching for months for jobs in Mongolia—our next home, thanks to my husband’s work with the State Department Foreign Service—but had nothing to show for it yet. I wrote to AUM hopeful, never expecting such a tumultous work experience.

The university was founded in 2012 with the vision of establishing a liberal arts-focused American university in Mongolia. In collaboration with the University of Alaska, Fairbanks, AUM developed an engineering curriculum, which students could enter after completing a “Bridge Program” that prepared them for undergraduate studies in English. Students would then study for two years in Mongolia and two in Fairbanks. AUM received some funding from USAID, and its English Learning Institute was supported by U.S. government grants.

The more I learned from afar, the more convinced I became of the virtues of AUM’s approach. I couldn’t wait to utilize my skills as a social scientist to support it. While I looked forward to the chaos often associated with start-up organizations, I was not entirely prepared for a request two weeks before arriving that I co-teach a math class in the inaugural program. “Teach math?!” I thought frantically as I googled “pre-calculus” and “college algebra.”

It turned out that our team included a Mongolian engineering professor, as well as an American math professor lecturing from the United States via the internet. I was responsible for assuring that our sessions mirrored an American college classroom, that our teaching methods followed a student-centered approach, and that we spoke only in English.

As I was to discover, however, one can never be sure what to expect in Mongolia.

Off the Beaten Path

Known for its eternal blue skies, harsh winters (with temperatures below -30F) and nomadic culture, Mongolia’s size in relation to its sparse population is as overwhelming as its beauty.

But daily life is not without its hardships: things don’t usually work as outsiders might expect them to, and the few resident expatriates quickly get used to vendors’ common refrain when asked for a desired product: “baikh gui”—no longer available.

In Mongolia, things happen on their own terms: holidays are rescheduled with a few days’ notice, people may or may not show up for appointments, roads and stores close without any discernible logic, and businesses regularly run out of money.

When I arrived in the capital, Ulaanbaatar (commonly called “UB” in English), in 2015, I could see evidence of economic hardship everywhere: abandoned construction sites, empty restaurants, growing shantytowns known as “ger districts” (so named after the Mongolian felt tents—gers—residents pitch) and people collecting food or plastic bottles to sell.

While the country has undergone many changes since the 1990 democratic revolution ended 70 years of socialism, reform of the educational system has lagged. Establishment of an institution like AUM was a huge step forward. Among other things, AUM was strikingly different from the traditional Soviet-style schools Mongolian students knew.

Our eight students came from all walks of life, from country kids with extremely limited English skills to one who had completed high school in the United States.

It took one student three days to travel from his home in the far west of the country to UB. He had given up scholarships in Russia and Japan to stay in Mongolia, and was learning English as his fourth language. His determination and cheery demeanor never ceased to amaze me. 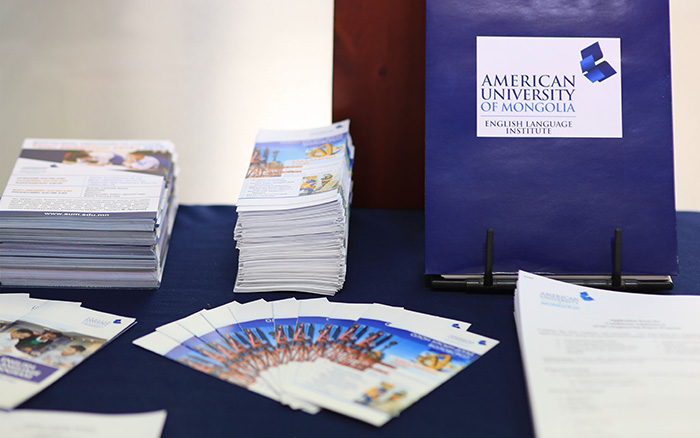 One of my favorite moments occurred during a review session in which I introduced the idea of a “cheat sheet.” Used to learning by rote memorization, my Mongolian students had never thought about rewriting their notes or organizing the information in a way that made sense to them.

When I showed them my review sheet from a lecture my American counterpart had just given, many jumped up in excitement, reaching for their cell phones to photograph my newly organized notes.

On another occasion, in an effort to encourage our students to apply the rather abstract concepts of trigonometry to their lives, we asked them to research real-life applications that made use of the semester’s worth of formulas they had just learned. With a bit of coaching, they all eventually arrived at the “aha” moment we were looking for and realized that math is all around us.

Besides teaching, I went on recruitment visits to high schools around UB. I looked forward to these visits at schools that ranged from crumbling Soviet-style institutions to modern schools with new buildings and technology to match.

I never knew what to expect—sometimes I would meet the highest school official and talk with him through my interpreter; other times I would arrive to find half-dressed students whose gym class had just dismissed in a classroom that also functioned as a co-ed locker room.

One time a loudspeaker suddenly started barking loud Mongolian music along with a voice counting 1, 2, 3, 4. Unsure of what was happening, I looked around to see classroom doors fly open and students line up to squat, bend, flex and stretch for this mandatory exercise drill.

These visits and my own classroom experiences confirmed my belief that an alternative school like AUM was necessary. After two semesters of classes, our students’ English skills improved tremendously, and they were thriving.

They gained confidence, held their heads up high when giving a class presentation, and learned to ask questions and apply abstract concepts. They had also figured out that they needed to do their homework or risk a lower grade.

And then it all fell apart. As Mongolia’s economy slid deeper into an economic crisis that compelled the newly elected government to enact painful austerity measures, AUM was not alone in suffering financially.

Despite tireless efforts by the administration and board of directors, AUM had insufficient applicants for the upcoming academic year. Two weeks shy of the fall semester, in recognition of the economic realities, the board voted to suspend classes.

In the meantime, for unrelated reasons, I had stepped in as acting dean of general education. So after writing university policies and schedules for a semester of classes we would never teach, I had to tell our students that the school we had all come to treasure was forced to close, at least temporarily.

After the initial shock wore off, I began to appreciate the bigger picture. Yes, AUM closed; but we did achieve something important and completely different for this part of the world.

In my view, the American University of Mongolia was five years ahead of its time. The momentum was (and is) growing for this type of educational initiative.

Our efforts were not a failure by any means: Our students learned how to learn, as opposed to just memorizing, and they learned to think critically. Our Mongolian teachers developed a richer understanding of student-centered teaching, rather than lecturing students without follow-up or intermittent formative assessments.

I, too, have grown substantially in this past year, not just because I was given a job title outside of my comfort zone, but because I learned so much about the nuances of merging Mongolian and Western styles of education.

Our team-teaching approach allowed me to explore another academic language, and my co-workers and students enriched my understanding of why things are done the way they are in a country where the bureaucracy and strange customs sometimes fluster me.

And in my next job interview, I can say I was once acting dean of a university—in Mongolia. At the very least I will stand out from the rest of the applicant pool. And, who knows? There is still a possibility that I will be running a university here in UB in a few months or years.

This is Mongolia, after all, where anything can change at a moment’s notice. 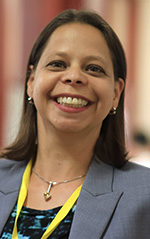 Nicole Schaefer-McDaniel holds a Ph.D. in environmental psychology and left academia when her husband, John McDaniel, joined the Foreign Service in 2009. After assignments in São Paulo and Vienna, they currently serve in Ulaanbaatar. She teaches in the study abroad program of the School for International Training and continues to work with the Board of the American University of Mongolia to reopen the university. 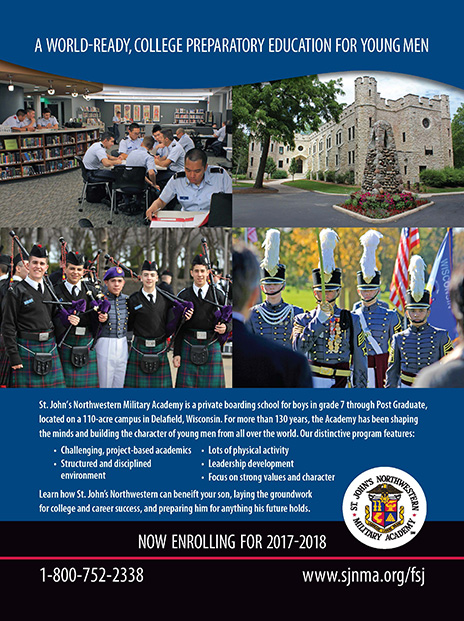