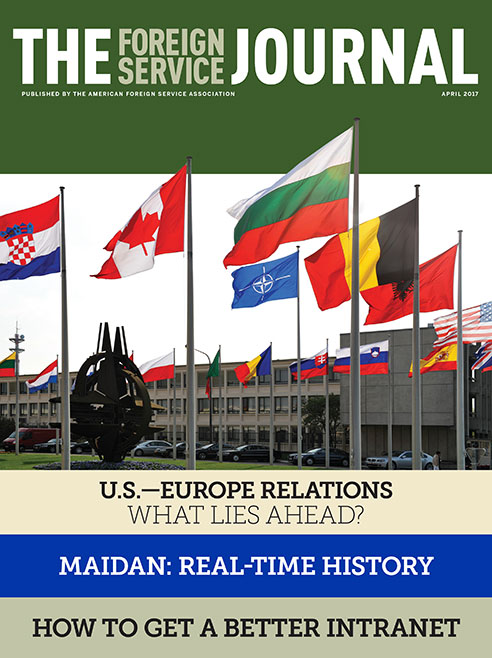 Both Europe and the United States have a vital stake in preserving and improving the trans-Atlantic relationship.

The questions hanging over the E.U.-U.S. relationship are made all the more daunting by Europe’s own difficulties—economic stagnation and a demographic crisis.

The United States and Europe: Toward a Global Atlantic

Globalization and digitalization present as fundamental a challenge to the U.S.-European alliance as the task of rebuilding after World War II.

Embassy Kyiv’s oral history project will prove useful to historians and may be a model for other posts interested in instituting “exit interviews” of departing staff.

Why We Need a Better Intranet and How to Get It