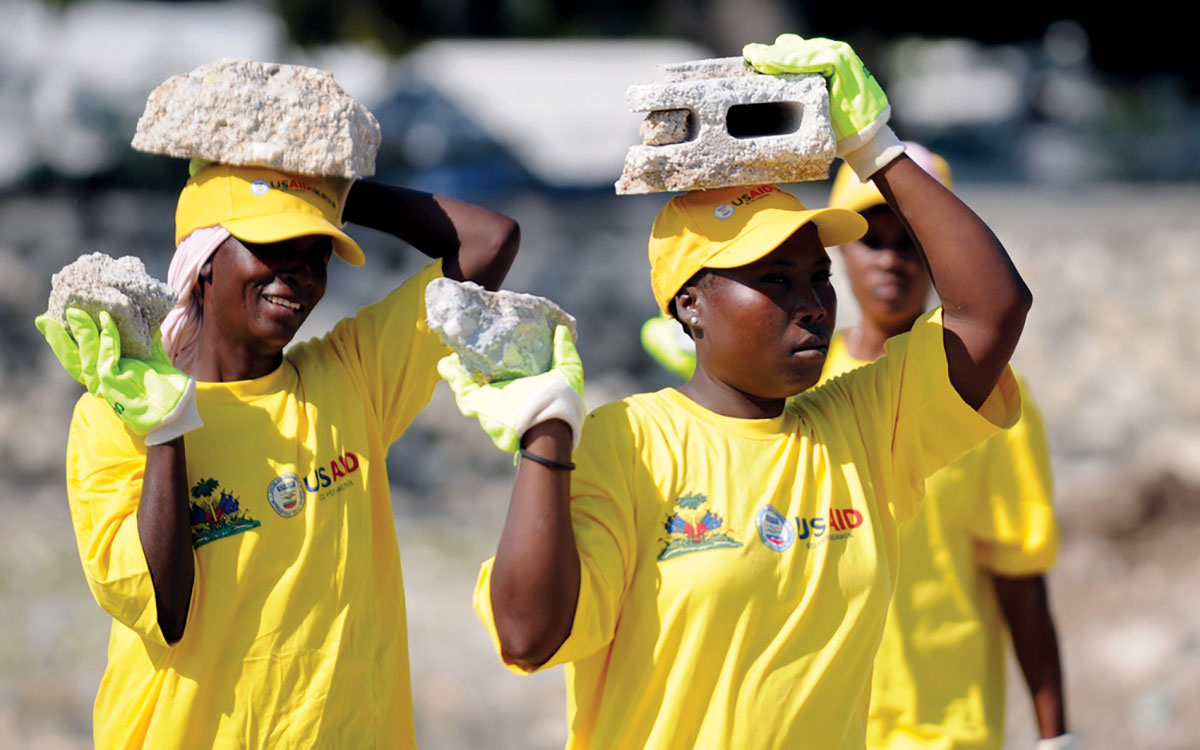 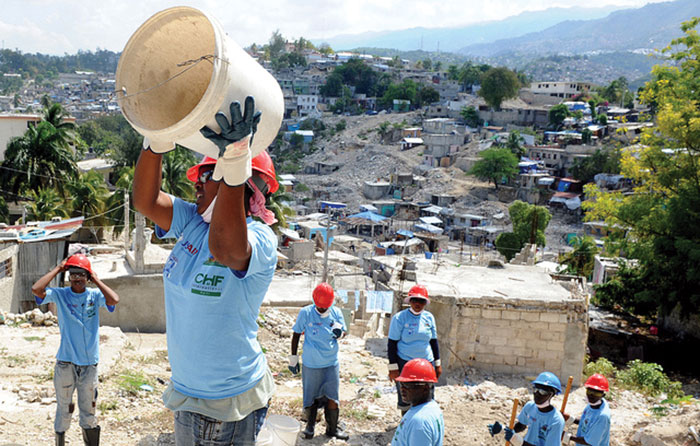 This is what the terrain in Port-au-Prince looked like after the earthquake. The houses, built on hillsides around the city, all had cement roofs to withstand hurricanes, but the walls were not properly supported with rebar. As a result, they collapsed—“pancaked” was the term used—killing whoever was indoors.
USAID / Kendra Helmer

I arrived in Haiti at dusk on Jan. 11, 2010, approximately 24 hours before the country was hit by a devastating 7.0 magnitude earthquake whose epicenter was just outside the capital of Port-au-Prince. I was driven to the house that had been assigned to me, a lovely villa located on the side of a ravine, deposited my luggage and went to bed. (I never saw that house again because part of it slid into the ravine when the earthquake hit the next day.)

On the morning of Jan. 12, I started work at the USAID Mission that was co-located with the U.S. embassy. I was introduced to my colleagues, all of whom welcomed me warmly and helped me get settled in. That afternoon, a co-worker offered to take me to the local supermarket so I could stock up on supplies. I was running late, and apologized profusely for making him wait 20 minutes while I tried to organize myself for the next day. In retrospect, my tardiness saved our lives, because the supermarket that was our destination was demolished by the quake.

We were about 500 yards from the embassy when the car began to shake erratically. My first thought was: “What a terrible driver!” Then I heard the driver shouting, “Tremblement! Tremblement de terre.” I am fluent in French, but I had not used it in seven years, and it took my brain a moment to decipher his cries. Earthquake! Earthquake! It felt as if the car shook for minutes (I later learned that it was only 30 seconds). All around us the world was enveloped in a cloud of gray dust as cement buildings crumbled, and there was a constant thudding sound as houses and trees collapsed. People ran down the street screaming in terror as they tried to flee the quake. We turned around and slowly made our way back to the embassy. Stunned, I retreated to my office in the embassy that, because it was built to withstand a magnitude 9.0 earthquake, would serve as my home for the next six months.

It is impossible to adequately explain the effect of the earthquake on myself, my colleagues, the U.S. embassy and the city of Port-au-Prince. Every single person in the city lost close friends and family members. The final death toll was estimated to be 230,000, out of a total population of three million. Most individuals lost their houses entirely or experienced significant damage. Everyone slept in the open air out of fear of being inside when one of the interminable aftershocks took place. Port-au-Prince and the nearby towns were covered in piles of rubble; and within 48 hours the city was permeated with the smell of rotting flesh. The situation was exacerbated by the fact that access to the city was severely restricted: The airport was nonfunctional (the control tower and the runways were damaged), roads had become impassable and the port was unable to service ships and containers.

The U.S. government knows how to deal with disasters. Within days, the U.S. Army, under the command of a three-star general, had arrived. They repaired and reopened the airport, cleared the roads to the Dominican Republic (a source of supplies) and made the port functional. Working in close collaboration with them was a USAID Disaster Assistance Response Team that, with dazzling efficiency, set about distributing emergency supplies—food, water and tents to desperate survivors—while working in close collaboration with hundreds of volunteer medical personnel who treated the thousands of wounded survivors under less-than-ideal circumstances. The patience and empathy exhibited by these individuals cannot be overstated.

At previous posts, I had been responsible for managing large programs. I was mission director in South Africa, where we established and implemented HIV/AIDS programs worth hundreds of millions of dollars and issued housing guaranty loans that resulted in the construction of tens of thousands of houses and associated urban infrastructure. In Haiti, I and most of my USAID colleagues were in a state of shock. We found ourselves tip-toeing around the building and checking with each other as to whether every aftershock was real or imagined.

Most U.S. direct-hire staff members (above all, those with children) chose to leave immediately, once the airport was reopened. Some came back once things had calmed down. Others, who had not been initially posted to Haiti, volunteered to come and help us manage the $1 billion in funds we received for earthquake relief. It helped immensely that our ambassador, who had been posted in Haiti previously, spoke fluent Creole and was on a first-name basis with everyone: from the country’s leaders to the parking attendant at the local supermarket. His calm demeanor throughout the entire post-earthquake period was a critical element in keeping us going. Like the rest of us, he had sent his family home and was living in his office with a small beagle named Sophie, who would lie on his desk and listen attentively during staff meetings.

A Drop in the Ocean

Under normal circumstances, a billion dollars will go very far. In Haiti, it was a drop in the ocean. What it did was keep people alive post-earthquake by providing the absolute basics, the above-mentioned food, water, tents and porta-potties (things that are fungible and not easily catalogued). This point was brought home to us when a number of congressional delegations visited Haiti and announced that they saw little to no evidence of U.S. government money that was supposed to have been spent on reconstructing the areas that had been hit.

I should point out that since most residents of Port-au-Prince lived on hillsides around the city in settlements that lacked properly constructed roads and basic services, the earthquake produced mountains of rubble because of the total collapse of houses built with unreinforced concrete. More importantly, lack of vehicular access to these areas meant that rubble had to be removed by manual laborers supplied with buckets: a spectacularly inefficient way of clearing the town. It was a monumental task just to get to the areas that had been hit, much less clear and reconstruct them.

Haiti’s recovery was also complicated by the outbreak of a cholera epidemic (a disease that was previously unknown there).

Despite the challenges, USAID/Haiti identified housing construction projects on the outskirts of Port-au-Prince and in the north of the country (in Cap Haitien) as one method of reducing the congestion in central Port-au-Prince. The housing project in the north was part of a larger interagency employment-generation effort involving the construction of a garment factory and a power station. USAID did build thousands of small housing units equipped with water, sanitation and electricity in the north, as projected. We could have done more in the greater Port-au-Prince area, but construction in Haiti is hindered by land tenure issues. As a colleague once observed: “Here, every parcel of land is owned by at least three people—all of whom have the legal documents to prove unequivocally that it is theirs.” This translated into endless hurdles as we went about trying to identify land where we could construct new units.

Haiti’s recovery was also complicated by the outbreak of a cholera epidemic (a disease that was previously unknown there). The epidemic was attributed to the arrival of United Nations troops who had come to the island to help with stabilization efforts. Some of these individuals were from parts of Asia where cholera was endemic. The Haitian firm that had been contracted to empty the latrines in the barracks where the troops were stationed had decided to dispose of the contaminated waste by simply dumping it into the Artibonite River: the source of water for tens of thousands of Haitian households.

Within weeks, the epidemic exploded within a population that did not recognize the symptoms of cholera and frequently waited too long to seek medical help. An estimated 812,000 people contracted the disease, and more than 9,400 died before the disease ran its course. The final indignity that fateful year was a hurricane. Like most residents of the West Indies, Haitians are intimately acquainted with these storms. But by late summer 2012, most Haitians had run out of their fabled resilience, and they simply hunkered down in structures that were still intact and prayed that this, too, would pass. The storm did pass, and the damage was minimal (in large part because there was not much left to damage).

Much Remains to Be Done

I sincerely wish I could announce that we had successfully met and overcome the challenges facing this country where people are warm and welcoming, and where art and culture flourish in an infinite number of ways. But there still remains much to do.

The provision of basic government services is still highly problematic, and environmental degradation looms large as forests and mangrove swamps are decimated and topsoil erodes. Violent eruptions in the form of blockades and burning tires remain the principal way for citizens to express their anger at the country’s rulers and managers, and their frustration with the lack of available options for getting ahead. I cannot help but contrast this anger and volatility with the generous people who, during the months that I lived in my office, brought me pumpkin soup and plates of rice and beans, or deposited a ripe mango on my desk—all without being seen or seeking to be thanked.

I departed Haiti in the summer of 2012 and went to West Africa to fill in as acting USAID mission director. I remember congratulating myself on the fact that I had dealt rather well with the stress engendered by my tour in Haiti. I maintained this belief until four years later, when I happened upon a video of a post-earthquake press conference where U.S. government agencies were discussing how they were handling the post-quake situation. I observed to my horror that throughout the entire 30-minute press conference, I was moving my head back and forth like a hypnotized cobra.

It was at that moment that I realized I had not, in fact, gotten through the earthquake unscathed. In retrospect, this epiphany also shed light on the onset of shingles followed immediately by a rare autoimmune condition that I succumbed to 18 months after leaving Haiti. Indeed, the price of living through the earthquake was much higher than my initial estimate. That said, understanding what had taken place also put into perspective the full measure of support that I received from colleagues who, despite their incalculable losses (families, friends, houses, basic services), reached out to me and supported me during one of the most challenging periods of my life. 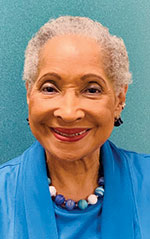 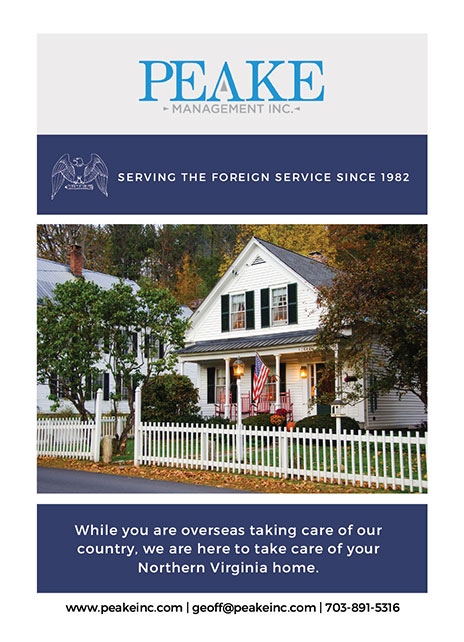