The January/February issue focuses on how foreign observers see the United States. 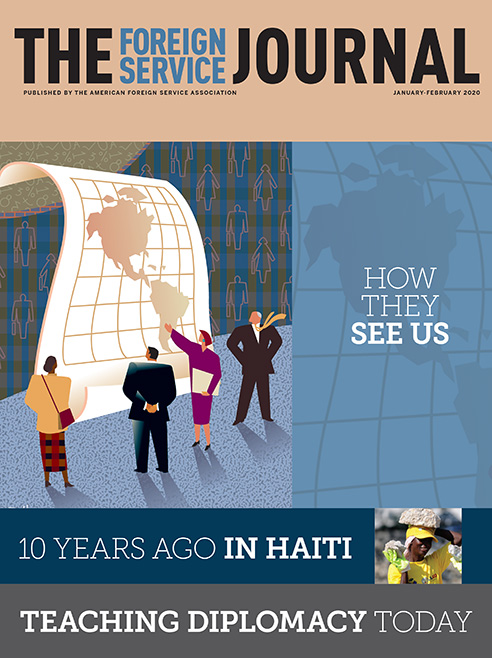 This comprehensive look at post–Foreign Service opportunities in academia includes first-person insights into advantages and perils, advice on the how-tos, and more.

Outside Observers See the United States in Ways We Ourselves Cannot

The views of well-informed foreign observers can offer a welcome counterpoint to the extreme ups and downs of Americans’ own assessment of our nation and its role in the world.

Hope for a Renewed Partnership in the Americas

A Bolivian diplomat reflects on more than two decades of personal experience dealing with the United States.

A Night to Remember

On Jan. 12, 2010, a sunny afternoon turned into a nightmare. America’s deputy chief of mission in Haiti shares his record of the first hours of the catastrophe.

A Year of Challenge and Opportunity

Professional Liability Insurance: Peace of Mind in a Troubled Time

The Foreign Service by the Numbers