The Foreign Service Journal > October 2016 > You Are Not Alone, Believe Me

This has been an unusual year to be a foreign correspondent in Washington, D.C. Apart from the usual excitement about the question who is going to be elected president of the world’s most powerful country, this year has something else to it, some other kind of spice to season our daily coverage.

The “Donald Trump phenomenon” dominates not just the U.S. news cycle, but the daily coverage our bureau is producing for our Austrian audience. Indeed, it has created so much interest throughout the entire world that it has only been overshadowed by the horrific terror attacks in France, Germany and Turkey.

The most common question friends, family members and our viewers and listeners ask me is this: “How can someone like Donald Trump become the nominee of a major American political party?”

Some of you might expect me to answer that question with some sort of finger-pointing or anti-American schadenfreude, which is often an easy out for foreigners. But I must disappoint you in that regard. While Donald Trump might be uniquely American in his demeanor and rhetoric, the underlying factors behind his success are most certainly not. In my home country of Austria, as well as in France, the United Kingdom and elsewhere in the West, we see similar figures and trends.

In June, Britons shocked the world with their “Brexit” vote to exit the European Union. The “Remain” campaign was narrowly defeated (52-48) despite being led by then-Prime Minister David Cameron; his successor at 10 Downing Street, Theresa May; the majority of members of Parliament; and even important pop-culture idols like David Beckham and Eddie Izzard—in short, the so-called elites. The “Leave” result was a win for the populist political groups that orchestrated a fight for “independence” from Brussels and the London elite, drawing upon the same fears and xenophobia that underpin Trump’s success.

On May 22, Austria held the second round of its own presidential election. It was the first in my lifetime that was too close to call on election day. Absentee ballots narrowed the margin of victory for Alexander van der Bellen, a retired economics professor and former leader of Austria’s Green Party, over right-wing candidate Norbert Hofer, to a mere 31,000 votes.

These populist movements resonate with anxious, insecure and angry citizens, who feel disappointed by their politicians and have lost faith and trust in the political class and system.

Hofer and his Freedom Party (FPÖ) had speculated about a rigged election well before voting occurred (does that sound familiar?) and immediately challenged the outcome. The Constitutional Court of Austria overturned the May 22 result, citing procedural errors in the vote count, and scheduled a rerun for early October. Even though the court made it clear that there were no indications of actual fraud, the FPÖ cheered a win against “the system.” During the campaign, Hofer portrayed Van der Bellen as the candidate of the hautevolee (elite) and criticized his network of supporters from a variety of political parties, celebrities and members of the media.

As you can see, the similarities are striking. What we are witnessing is not a question of traditional partisanship—right versus left, or liberal versus conservative. Rather, it is a growing cleavage between the political establishment and self-styled “outsiders.” These populist movements resonate with anxious, insecure and angry citizens, who feel disappointed by their politicians and have lost faith and trust in the political class and system.

Mr. Hofer’s voters are not so different from those of Mr. Trump. Mostly white collar and male, they are often portrayed as globalisierungsverlierer (the losers of globalization). Traditional jobs are being outsourced or replaced by cheaper labor forces. The working class suffers from economic losses and feels threatened and marginalized by the new world order, thus increasingly turning to populist and nationalist beliefs, and against immigrants, who they claim are taking their jobs and constitute an economic and cultural threat.

Both in Austria and the United States, the presidential elections have been dominated by the migration crisis and recent terrorist attacks. While the U.S. discussion about accepting only 10,000 Syrian refugees, and only after an 18- to 24-month background check, seems rather laughable to a country dealing with 90,000 asylum applications in 2015 (more than 1 percent of our population), the idea is the same on both sides of the Atlantic. Voters are choosing between the willkommenspolitik (the “welcome policy”) promoted by German Chancellor Angela Merkel, Alexander van der Bellen and (to some extent) Hillary Clinton—and the policy of exclusion, keeping immigrants out by building fences and walls, which has been promised to voters in Europe and in the United States by candidates like Donald Trump and Norbert Hofer.

It is noteworthy that this phenomenon does not just affect the political right. The anti-globalization mood has deep roots in the left, as well: Witness the furor in your country over the Trans-Pacific Partnership (which Hillary Clinton initially supported, before pressure from her Democratic opponent Bernie Sanders forced her to repudiate it) and in Europe over the Transatlantic Trade and Investment Partnership. In Austria, Van der Bellen’s Green Party is the most vocal opponent of TTIP, which led the professor of macroeconomics to alter his stance on free trade. In the United States, some Bernie Sanders supporters are so opposed to anyone other than Bernie and his stance on the TPP that they booed their own candidate for endorsing Mrs. Clinton.

The Campaigns from the Outside

As foreign journalists, whose reports are aired only in our home countries and have no viewership in the United States, our access to politicians and presidential campaigns is inherently difficult and restricted. Even under the most favorable conditions, I would never land an interview with President Barack Obama or House Speaker Paul Ryan. But this year’s election cycle has been a particular drag for us foreigners.

Mr. Trump’s skill at channeling the “America First” sentiment that is so prevalent in large parts of this country, paired with his anti-media rhetoric, leaves us viewing his campaign literally “from the outside.” I have not met any colleagues from abroad who have been granted credentials to cover one of the Trump campaign events. We are left with the material the big U.S. networks provide us, and supplement it by interviewing his supporters outside rallies and even purchasing tickets online to attend as public visitors.

To be fair to the Trump campaign, we do not enjoy unrestricted access to Hillary Clinton either.

To be fair to the Trump campaign, we do not enjoy unrestricted access to Hillary Clinton either. At her campaign kick-off on Roosevelt Island in New York last year, European TV outlets were granted one camera only to share for live shots, and some credentials were withdrawn on short notice. However, we do get access to events on a regular basis and are not actively locked out at Democratic campaign rallies.

The Trump campaign does not reply to most media requests for access, and when we tried our luck in person at a Trump rally in Las Vegas, the campaign quickly denied us entry. They told us the press area was already too crowded; but the teenager next to us, who reported for his high school newspaper, was granted access. While it is something of an honor to share this situation with The Washington Post, it does underscore how little Trump and his team care about the rest of the world.

I don’t mean to elicit compassion for my personal struggles for access to campaigns, but what I do find highly concerning is the willingness of political figures to undermine the trust in democratic institutions, such as the media.

Mr. Trump has had a long history of discarding journalists whom he feels do not treat him well. He repeatedly calls the media “dishonest” and “untrustworthy” and urges his voters to believe him instead of relying on the traditional media outlets to fact-check his statements.

We are witnessing similar developments in Austria and Germany. At campaign events, we hear people chanting “lügenpresse” (lying press), and we see them increasingly relying on the open space of online blogs and hobby reporters, who happily trade facts with rumors and conspiracy theories.

We, the members of the media, have to stop reporting on political gaffes and instead focus on fact-checking the candidates’ policies.

While I understand frustration with a political establishment that seems out of touch with its citizens, and to some extent even out of institutional control, I find it highly dangerous that populists like Mr. Trump, Britain’s Nigel Farage or Austria’s Norbert Hofer continuously question the validity of our democratic systems and their institutions. They are working to plant seeds of mistrust and undermine the very system that makes their candidacies possible.

Mr. Trump recently stated that the only way he could be defeated in November is if the tabulation is rigged. As I noted earlier, the Austrian FPÖ was successful in casting doubt on our presidential election. And in England, some Brexiteers even warned voters not to use the pens in the voting booths to avoid manipulation by the government, insinuating that the pens could be filled with some kind of magic ink that would erase all votes in favor of leaving the European Union.

Where Does It End?

Winston Churchill famously observed that “Democracy is the worst form of government, except for all those other forms that have been tried from time to time.” That assessment is as accurate now as it was in 1947. But turning back time to embrace oppressive governments and nationalistic policies is surely the worst of bad choices for the future.

We all have our roles to play to prevent this from happening. The so called “elites” in the U.S., Austria and all around the world have to listen more to the concerns and fears of the people who feel they are not being heard. We, the members of the media, have to stop reporting on political gaffes and instead focus on fact-checking the candidates’ policies. And politicians have to stop playing with the fire of populist ideas and understand that no one can trump Trump.

Speaking as a foreign correspondent, these are exciting times. During my three years in your country, I have learned a lot—not just about Americans, but about my own country and my profession, as well.

And while I don’t know the answer to my initial question—How can someone like Donald Trump become the nominee of a major American political party?—I hope I have succeeded in delivering one key message: Americans, you are not alone in dealing with figures like him. Believe me. 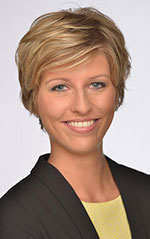 Verena Gleitsmann has been a correspondent with the Austrian Broadcasting Corporation (ORF) in Washington, D.C., since August 2013. Prior to her posting in the United States, she worked at the foreign policy desk of ORF Radio in Vienna, reporting from Finland, Venezuela, Afghanistan and Greece. She was born in Vienna, and holds a B.A. in political science from the University of Vienna. Twitter: @VGleitsmann 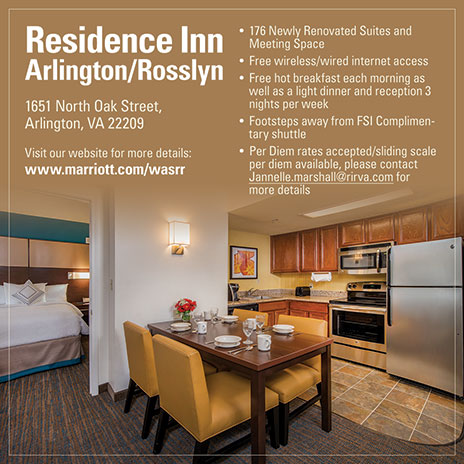 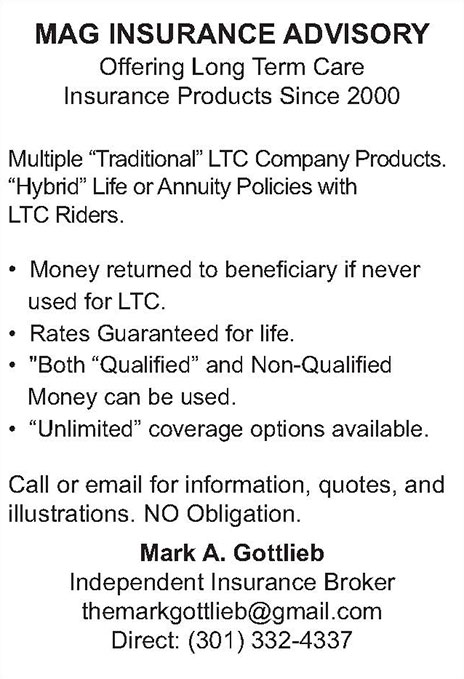 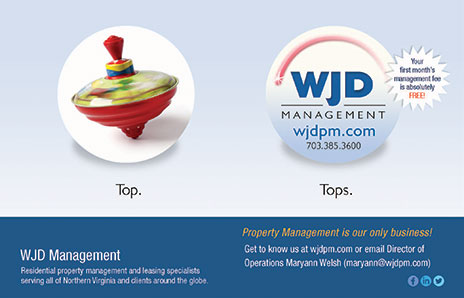