The October issue covers living with air pollution and focuses on the U.S. election through a foreign lens. 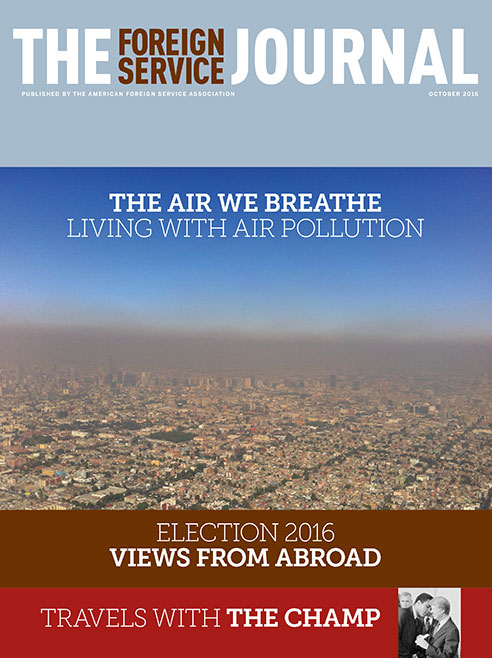 The Air We Breathe: Living with Air Pollution

Many Foreign Service families spend a significant portion of their lives assigned to cities with unsafe air. What are the effects, and what can be done about it?

The old formula for evaluating the U.S. presidential contest has given way to complexities.

Though it is not the first U.S. election that has really mattered to Mexico, there may be more at stake this time than ever before.

Travels with The Champ in Africa, 1980

The late Muhammad Ali was a diplomat extraordinaire, as this firsthand account of a mission to Africa attests.

The problem of undocumented U.S. kids in Mexico is a facet of the immigration tangle that is putting pressure on both sides of the border.

Halloween at a Polish Cemetery

BY KELLY B. MIDURA