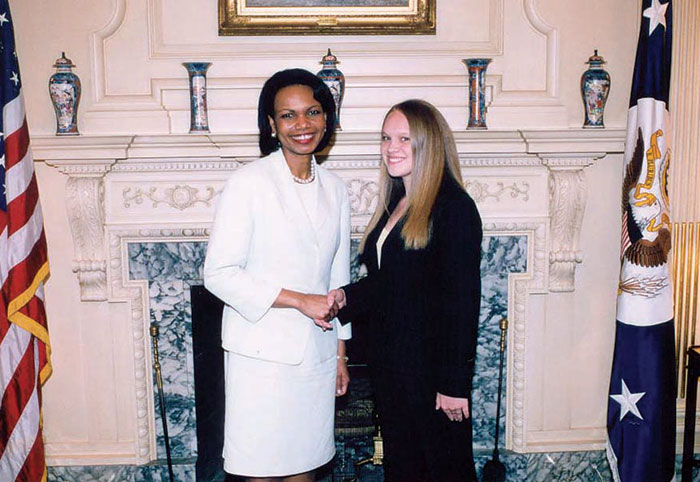 The trafficking of human beings for slave labor and sexual exploitation is one of the fastest growing global problems. It has been called the “dark side of globalization” because an enormous upsurge of human enslavement has accompanied a border-free world economy (Miller). Trafficking in persons is a transnational crime that touches people in every nation, and even neighborhoods in this country. The vast reach of human trafficking stunned my own community, when we learned that a 12-year-old Egyptian girl was imprisoned as a domestic slave in the garage of a family home in Irvine, California. Like many victims of trafficking, she was sold by impoverished parents and transported illegally across international borders. While in captivity, she was physically abused, called the "The Stupid Girl", and threatened if she should attempt escape (U.S. Immigration). This young girl is just one of an estimated 2-4 million girls who are globally trafficked every year (Clark).

The United States Government regards human trafficking as a form of modern-day slavery, a violation of fundamental human rights, and a threat to national and global security (Trafficking). In recent years, combating human trafficking has become a primary foreign policy objective of the United States Government. (Matar). To support this goal, Congress enacted The Trafficking Victims Protection Act in 2000 (P.L. 106-386), which directs the Foreign Service to work with other nations to address the international epidemic of human trafficking. Throughout the world, Foreign Service Officers (“FSO’s”) promote United States polices and programs to eliminate the trafficking in persons. They play a critical frontline role in an ongoing struggle to protect vulnerable people from being exploited.

The Foreign Service advances United States anti-trafficking policy by encouraging and persuading other governments to implement or strengthen their own policies to combat human trafficking. This is difficult because many governments are reluctant to admit the existence or extent of trafficking in their countries. Some have no laws that prohibit trafficking and punish traffickers, or programs to identify, rescue and rehabilitate victims. Others do not enforce existing laws or lack the resources to effectively combat trafficking. The most powerful tool the Foreign Service relies on to convince foreign governments to improve their efforts to end human trafficking is the annual Trafficking in Persons Report (“TIP Report”). The TIP Report, released by the State Department’s Office to Monitor and Combat Trafficking in Persons (“G/TIP Office”), details the extent of human trafficking in each country. It also suggests specific steps to combat trafficking. Countries that have not made sufficient efforts are placed on a Special Watch List, and given a period of time within which to commence action or risk the loss of United States aid (2004 Victims). Following release of the TIP Report, many governments are motivated to call upon FSO’s for assistance in creating sustainable anti-trafficking strategies. Direct engagement with government officials allows FSO’s in the field to share model legislation or suggest ways to strengthen existing laws. They work closely with host governments to develop culturally sensitive anti-trafficking awareness campaigns and victim rehabilitation programs.

Foreign Service efforts frequently lead to substantial achievements. For example, Japan, a major destination hub for human trafficking victims, was mortified to be the only developed country on the Tier 2 Watch List. Following release of the 2004 TIP Report, Japan engaged in “frank and candid discussions” with FSO’s. As a result, Japan enacted legislation in February 2005 to prohibit human trafficking and protect victims, (Onishi). FSO’s helped Bangladesh, a Tier 3 country, to formulate a “six-step work plan” that will significantly improve its anti-trafficking efforts (The Daily Star). Guyana, another Tier 3 country, commenced a dialogue with FSO’s to consider how the United States could assist Guyana to take “measurable and concrete actions to combat the modern slave trade” (Stabroek June). In response, Guyana initiated an anti-trafficking public awareness campaign. Comprehensive anti-trafficking legislation is currently moving through the National Assembly, and the government has begun to arrest traffickers (Stabroek August 6 and 24).

The Foreign Service has also forged partnerships with international organizations and NGO’s to enhance global anti-trafficking capabilities. Immediately after the tsunami disaster of December 2004, it was feared that traffickers would exploit the ensuing chaos and kidnap orphaned children for the human slave trade. Members of the Foreign Service at the G/TIP Office were in immediate “ communication with non-governmental organizations on the ground in the affected areas”(Morse). Guidelines to minimize the risk of human trafficking were issued to officials and relief workers in the region, and included a recommendation to establish child identification registries. FSO’s in the affected countries worked with NGO’s to assist in the repatriation of kidnapped children and government officials were advised to increase “scrutiny at airports where children are traveling” (Ibid). In the months to come, the Foreign Service will continue to provide assistance to counter the continuing risk of child trafficking (Natsios).

The United States increasingly uses public diplomacy to raise international awareness of trafficking issues. FSO’s reach out to local business groups, religious organizations, journalists, and people in isolated communities. In rural villages in Moldavia, footage of a national anti-trafficking conference was distributed to local televisions stations (Embassy Chisisnau). United States embassies host screenings of “Trading Women”, a documentary about trafficking of women and children in the Mekong Delta, and distribute a brochure prepared by the State Department called "Be Smart, Be Safe..." on trafficking in women (Consulate Krakow).

Combating the brutal global epidemic of human trafficking is a daunting undertaking that requires persistence and the collaboration of all nations. Despite the enormity of the task, the committed work of the American Foreign Service has improved life for many of the world’s most vulnerable people. While furthering the foreign policy objectives of the United States, their efforts support our national interests as well as our longstanding human rights ideals.

7. Stabroek News, June 16, 2004. “Guyana Faces US Sanctions Over Human Trafficking- 60 Days To Crack Down On Forced Prostitution And Take Other Steps”.