The Marshall Plan: A Test of Our Progress 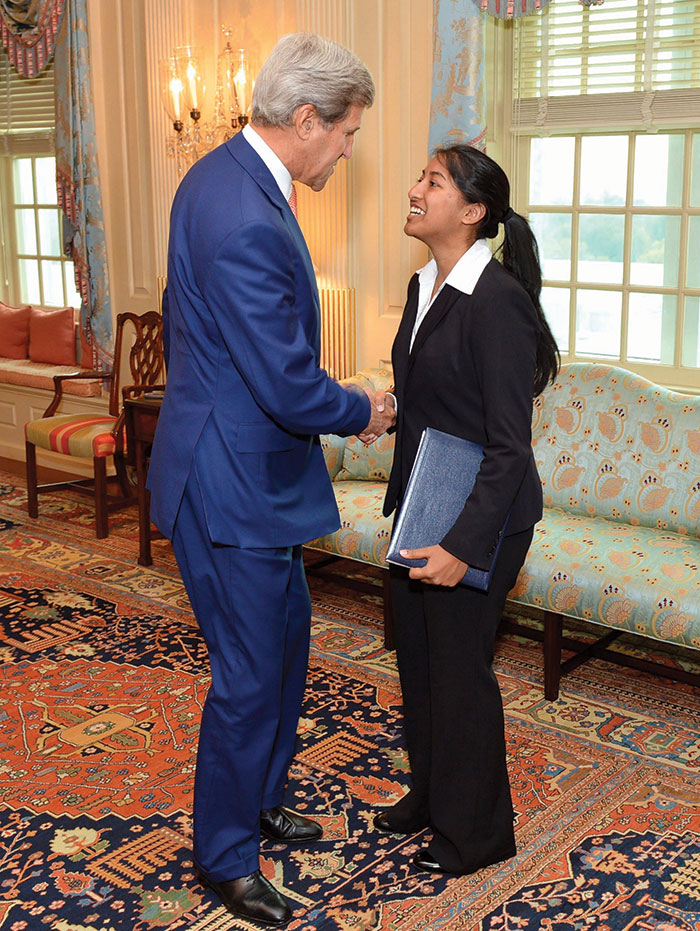 When President Franklin Delano Roosevelt spoke these words at his second inaugural address in 1937, no American could have predicted how crucial they would soon become. It was not until ten years later that it became more necessary than ever to “provide…for those who have too little” in the form of foreign aid.

At the end of World War II, Europe was in economic shambles. Western European nations’ basic food and industrial supplies were dwindling so rapidly that a post-war Paris conference determined “…the total European foreign exchange deficit for the four-year period 1948-1951 would be about $22 billio[n]” (President’s Committee on Foreign Aid). The value of European currencies was rapidly dropping, “…Europe’s total production…[was] well below prewar levels,” and European import demands had become “abnormally large” due to declines in productivity and destabilization of intra-European trade (President’s Committee on Foreign Aid). If America was to protect its economy and the value of the dollar, immediate action had to be taken. This economically shattered post-war Europe was thus presented with the Marshall plan, a groundbreaking American foreign policy initiative that, despite facing several bureaucratic and policy hurdles, the Foreign Service successfully implemented to create not only a thriving Western economy, but a precedent for American international relations for generations to come.

America’s intention to provide large amounts of aid to economically ravaged Europe was first presented as an abstract policy in a speech given at Harvard University in June 1947 by Secretary of State George C. Marshall (Hindley). The speech outlined a rough framework for what would soon become the European Recovery Program, known colloquially as the Marshall plan. The speech came as a surprise to all, and soon became the Economic Cooperation Act of 1948. The proposed program was unique in that it coupled American aid with European decisions, creating a system in which, for the first time, foreign aid relied on an international network of diplomacy.

Ostensibly, the European Recovery Program seemed like a simple idea; practically, it faced a slew of political, bureaucratic, and economic hurdles, the first of which was that Eastern European nations doubted the tenacity of the plan’s framework. During a Parisian summer conference in 1947, Soviet diplomat Vyacheslav Molotov dramatically rejected the plan for both Russia and its Eastern European satellite nations (Giangreco & Griffin, 1988). Russia then began a vigorous propaganda campaign in order to convince Europeans to back out of the program, making it difficult for the United States to present the program positively (Central Intelligence Agency). Even once adopted, the plan faced a plethora of administrative questions. Each European nation was to propose domestic programs that would require international funding, subject to the review of other participating nations. This structure ran the risk of creating either a quid-pro-quo system by which each nation would blindly approve the other’s programs or a competitive state in which few programs would gain approval.

However, despite these hurdles, the Foreign Service rose to the challenge to make the Marshall Plan a success. First, the plan was popularized through a media initiative that gave a fitting reply to the Soviet propaganda movement to destabilize the program. A media effort headed by the United States produced more than 250 short films catering to an international audience, convincing both Americans and Europeans of the effectiveness of the program (Woolridge). Not only did these media efforts strengthen international faith in the program, but they also strengthened the bonds that were beginning to tie the western world together: bonds built on democracy, an international economy, and common values. Once the plan became popular, several different Foreign Service agencies came together to administer it. The newest of these was the Economic Cooperation Administration, which reviewed and allotted funds to aid programs proposed by European nations. Just as important as the head of the administration was the new office of Roving Ambassador: a special representative stationed in Europe to oversee “…the operation of the Plan in each participating country” through missions (U.S.A., 1948). This framework maintained a sort of international economic “checks and balances” system, which guaranteed that both European and American needs were reflected in the final allotment of funds. By June 30, 1952, the plan had spent a total of $13, 368 million in more than 15 nations in grants, loans, and conditional aid alone (Mutual Security Agency). The plan was so well carried out that by 1952, “Industrial production in Western Europe rose nearly 40 percent above prewar level, and agriculture attained a 15 percent increase” (Lee). This immediate success could only be attributed to those who worked tirelessly to secure it.

Yet the success of the Marshall plan went beyond numbers. Not only did it salvage the western economy to prevent another post-war Great Depression, but it also created a political climate that strengthened the power of democracy in a world becoming increasingly politically unstable. Within the three years the Economic Recovery Program had been in place, nations most susceptible to political upheaval, such as Greece and Italy, had formed stable democratic governments. While the iron curtain may have descended upon Eastern Europe, the west had become a stable political and economic ally. Furthermore, the success of the plan led to a permanent departure from the well-established precedent of American isolationism, bringing the Foreign Service to the forefront of American politics. As soon as the success of the Economic Recovery Act became apparent, President Harry S. Truman “…proposed an international development assistance program in 1949” (U.S. Agency for International Development). Also known as the Point Four Program, it outlined a framework for further international development assistance efforts that could revitalize foreign economies, decrease poverty, and strengthen American diplomatic relations. Agencies such as the Mutual Security Agency and International Cooperation Administration were formed to carry out the Point Four Program; all such agencies required representatives in foreign countries to work with policymakers and determine what kind of aid each nation needed and how much of it the United States could provide. These developed into the United States Agency for International Development. Created when President John F. Kennedy signed the Foreign Assistance Act of 1961, this new agency now addresses both economic and social issues in all corners of the globe, helping rebuild war-torn or poverty stricken nations from the ground up with health, education, human resource, and other nonmonetary aid packages (U.S. Agency for International Development). Such programs would not be in place today if the Economic Recovery Program had not been the primary catalyst in their development.

While a major international economic collapse or political upheaval may no longer be imminent, the achievements of the Marshall Plan are just as relevant today as they were nearly 70 years ago. In the face of a failing European economy, the Marshall Plan and the members of the Foreign Service who administered it were able to overcome both ideological and administrative hurdles to revitalize the economic and political state of western Europe, setting the precedent for a plethora of future foreign aid initiatives. The Foreign Service continues to carry the legacy of President Roosevelt not by adding “…more to the abundance of those who have much,” but by providing “…enough for those who have too little” (Roosevelt, 1937) in every corner of the world, even on its 90th anniversary.

*The Marshall Plan and How It Works. District of Columbia: United States of America, 1948. Print.