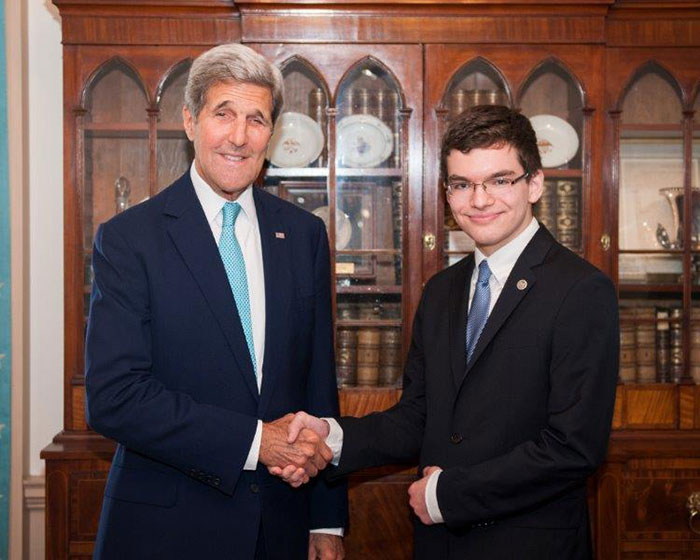 If you are a boy born in Honduras, you have a one in nine chance of being murdered. Long time holder of the title “Murder Capital of the World,” Honduras has only gotten worse in the past twenty-five years; the number of robberies has tripled, extortion is growing fast, and the drug trade remains prevalent (The Economist, “Justice on trial: Daily chart”).

The key to curtailing this cesspool of crime is economic development. As Jed Feldman showed in his paper, The Statistical Correlation between Crime and Poverty, there is a positive relation between poverty and crime. So, logically, to quell this epidemic of crime the people of Honduras must be lifted out of poverty, and one of the best ways to do so is through microfinance loans.

Increasing the amount of microfinance loans to Honduras should be one of the U.S. State Department’s top priorities in Honduras. The U.S. has a long history of doing what they can to alleviate economic hardship in less fortunate countries. The United States Agency for International Development, or USAID, has been a staple of our foreign relations since the 1960s. Loaning what is, to the loaner, a relatively small amount of capital can help set the recipient individual or community on a path to economic security. Microfinance loans have proven to be extremely successful in the past; in 2010, 70% of U.S.-Assisted Microfinance Institutions reached operational sustainability, or the point where the businesses no longer require outside investment and are fully self-sufficient (Bureau of Resource Management, 2010). Research has shown that many in these impoverished countries are stuck in a “poverty trap” due to their profound lack of capital, without the resources to get businesses off the ground. This is exactly what microfinance loans solve (The Economist, “The audacity of hope: Poverty”). The best approach for the U.S. State Department consists of two parts: the creation of a comprehensive assets assessment program in Honduras and a budget increase for increased social media marketing by microfinance charities.

From time to time, microfinance loans will not pan out. This problem will arise when they are distributed ineffectively. If the recipient is not chosen well, the recipient can end up acting as a consumer, taking the money to pay for their immediate needs, instead of trying to do something with broader, long-term benefit. Without the reinvestment on the part of the recipient, Honduras will see no substantial increase of economic growth. It must be ensured that these loans go neither to those who, sadly, are in too desperate circumstances to succeed, nor, worse, to the very criminals who make Honduras so deplorable. Doctoral candidate Joy Mueni Maina Kiiru proposed a solution in her comprehensive paper, The Impact of Microfinance on Rural Poor Households’ Income and Vulnerability to Poverty. She performed extensive research in the Makueni District of Kenya, and came to several conclusions, the most important of which is that the variable used to determine a household’s need for welfare should be their assets. There are very few to no banking institutions in a poverty ridden place like this, so people generally do their “saving” in liquid assets such as livestock. To glean how in need a household is, the only viable socioeconomic index is ownership and access to assets such as livestock, cooking implements, and running water. This also allows us to identify and exclude those unsuitable for loans, as those in too desperate of a position to take loans to start businesses would have been forced to sell these assets beforehand. Finally, and possibly most valuable, the assets of potential candidates can act as collateral, something that they can sell in case they cannot repay their loans (Kiiru, 51).

It would be relatively simple to arrange on-site visits for loan applicants. USAID is already active in Honduras, setting up water systems and teaching farmers new techniques (USAID, “Honduras”). Using USAID, we could provide house visits on the behalf of microfinance charities to find suitable recipients. This would require only a modest increase of expenditures on the part of the State Department; we will simply be making current microfinance institutions more effective. To determine the criteria for asset assessment we could assemble a think-tank of economists, microfinance specialists, and business start-up experts with MBAs.

Once microfinance charities have been optimized to work in Honduras and to be more successful in general, we can increase awareness of microfinance charities and therefore their funding through donations. It would be a comparatively minor cost to increase the current budget for the Department of State and USAID of $50.3 billion, roughly one percent of the national budget, by a nominal two million dollars (Department of State). We would then use these funds as a grant toward the best performing charities centered on granting microfinance loans to improve their online presence, specifically on social media.

Social media websites are some of the most visited in the world. Facebook was consistently ranked the second most visited website, reaching almost half of the entire world and comprising roughly 7% of all website visits (Fitzgerald). With the monumental reach of these websites, Facebook is an ideal method to spread word of microfinance loan charities. However, Facebook charges a premium for good advertising. The priority of advertisements that show up on the average user’s “news feed” is determined by a sort of bidding war between companies. There are two ways to pay for advertisements, “cost per click (CPC) or cost per 1,000 ad views (CPM). When setting up your ad campaign, you can choose which option you want. In the United States, the average click costs advertisers $0.24 and the average CPM costs $0.66” (Prosser). This averages out to about $24 dollars to get 100 people to click on the advertisement, or to get their ad shown 36,364 times. With simple arithmetic, we can derive that the grant could get either 8,333,333 clicks, or 3,030,321,212 views. It would be most effective to pay per click, as each person who does so is showing some interest in the charity, rather than merely having it appear in some small corner of their screen that they may never notice. The key to this working is for the public to take notice of how effective microfinance charities are in term of mitigating poverty and why one should donate to them. Through our grant, we can increase the amount of long term donors for these charities. This will ensure that microfinance charities are equipped to grant microfinance loans to Hondurans once they have the data from our house visits.

Microfinance loans are powerful tools for alleviating poverty that are not as utilized in Honduras as they could be. This is something that we, as the State Department, could easily rectify with relatively little capital spent on our end. By performing house visits with USAID personnel we would help ensure that any prospective recipients are suitable for microcredit, and by making a one-time grant we can promote the long-term sustainability of these charities. We can put Honduras on the path to becoming a safer and more stable country with a freer market economy.

Bureau of Resource Management. “Long Description for Performance Indicator: Percent of U.S.-Assisted Microfinance Institutions That Have Reached Operational Sustainability.” Table. U.S. Department of State. N.p., 10 May 2010. Web. 2 Feb. 2015. From the Joint Summary of Performance and Financial Information for Fiscal Year 2009