Filling the Afghan Security Gap: Women’s Education as a Means for Weakening the Taliban 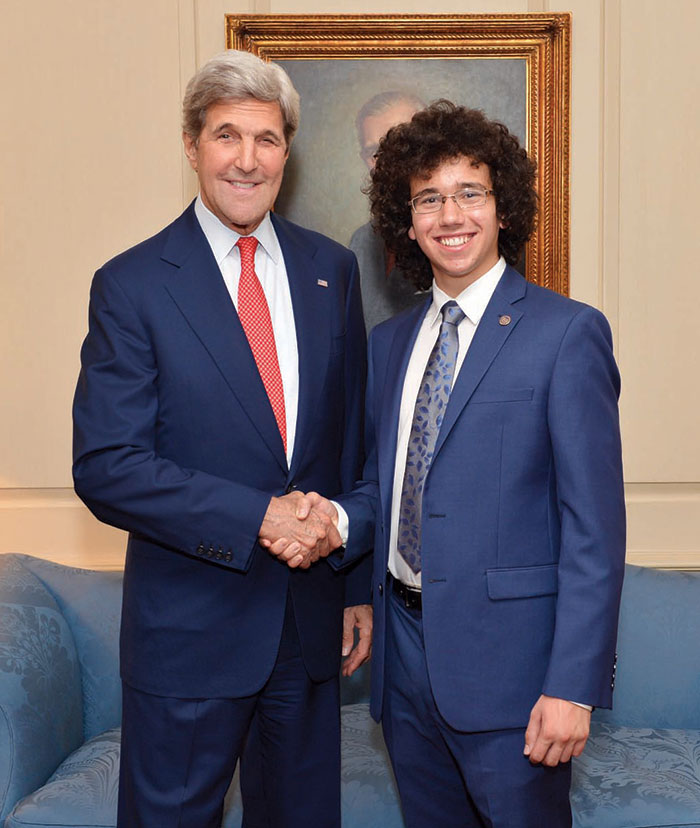 “The world cannot achieve a sustainable, peaceful, and prosperous future without investing in girls’ education,” wrote Malala Yousafzai, student and girls’ education activist (xvii). Households depend on women, especially when men have left the home to fight. Expanding girls’ education, thus maximizing women’s economic potential, directly contributes to a family’s prosperity (Sloan). Therefore, in a country like Afghanistan, where the militant Islamic Taliban preys on poverty for recruitment, women’s education is crucial to building peace. Since the mission of my bureau, the U.S. Agency for International Development Bureau for Democracy, Conflict, and Humanitarian Assistance (USAID DCHA), is to “end extreme poverty and promote resilient, democratic societies,” we will take charge of expanding women’s education to spur development. However, we recognize that the Taliban’s attacks on girls’ schools constrain women’s educational opportunities. Thus, our chief strategy will be to disseminate educational technologies—rather than solely build schools—so that women can flexibly adapt their educational schedules to regional conditions.

The Taliban threat to the Afghan population remains critical. In the first half of 2015, Taliban forces caused the deaths of 4,300 Afghan security personnel and wounded 8,000, in addition to causing 1,592 civilian casualties and 3,329 injuries. Additionally, Taliban violence directly harms U.S. interests: further expansion of their power could result in the creation of a safe harbor for anti-democratic terrorists (Council on Foreign Relations). Thus, we have both a moral and pragmatic duty to promote Afghan peace by weakening the Taliban.

To build sustainable peace, we must do more than address the symptoms of the conflict: we must eliminate the source of the Taliban’s power. Foreign policy consultant Benedetta Berti brought to light the fact that the citizens of Afghanistan are experiencing a “security gap”—a lack of employment, income, financial stability—that the Taliban preys on. In the words of a young Taliban recruit, “today in Afghanistan finding a job is not an easy thing, I now want to join [the Taliban] so I can make an income and earn a living” (qtd. in Robertson).

Our plan to promote girls’ education is critical to filling this security gap. Families depend on women’s support: women are mothers, income-earners, and small business owners. Our goal is to make them into professionals.

By educating women, we will bolster household prosperity, thus reversing the leverage that the Taliban holds in recruitment. Multiple studies confirm that an increase in women’s educational opportunities leads to an increase in income (The World Bank, “Girls’ Education”). Generally, women who have higher incomes spend them on their families. A study conducted throughout Colombia, Bosnia and Herzegovina, Timor Leste, Kosovo, and Tajikistan reveals an across-the-board increase in household welfare when women are employed and well-paid (Justino, Cardona, Mitchell, Müller, Goetz, Beteta, and Dore). A study of Bangladeshi micro-credit programs reports that household consumption was proportionally sixty-four percent higher when women were the participants than when men were (Pitt and Khandker 958). Additionally, women with higher incomes are likely to invest in their children’s education—turning a cycle of poverty into a cycle of development (The World Bank, World Development Report 2012 151). When household welfare increases and families can rise from poverty, their members are less likely to resort to joining the Taliban to support themselves financially.

Promoting female education will clearly help to fill the security gap in Afghanistan, ergo draining the Taliban of its recruitment power. However, a local cultural bias obstructs women’s empowerment (Sloan). Most notably, small minorities of violent extremists—such as the Taliban—pose a dangerous security concern by attacking girls’ schools, which can potentially render school-building impossible (Kuehnast, Omar, Steiner, and Sultan 5; Mortensen and Relin 208). In 2012 alone, security threats caused almost ten percent of schools in Afghanistan—which provided education for 275,000 students—to shut down. These threats disproportionately target women, thus greatly deterring girls from pursuing an education. As evidence of the girls’ fear, for every 100 boys, only seventy and fifty-five girls attend primary and secondary school, respectively (Batha).

To surmount these security concerns, my plan is to disseminate online educational resources rather than physically build schools. Instead of letting the Taliban target a class— which meets at a predictable place and time—a flexible system of online schooling will allow women to adjust and conceal their educational agendas based on local conditions. In addition, an interconnected online network among women will facilitate the reporting of security threats, thus enabling National Security Forces to respond more quickly. Since the State Department’s Bureau of Economic and Business Affairs’ (EB) mission, “to promote economic security and prosperity at home and abroad,” is closely intertwined with our goal, the EB will be our principal partner in this project (U.S. Department of State). Our first step will be for the EB’s Office of International Communications and Information Policy (EB/CIP) to aid the World Bank by providing additional funding to its fiber optic cable project in Afghanistan, thus accelerating the rate of Internet broadband expansion (United Nations Economic and Social Commission for Asia and the Pacific 25). Next, through online communication with a network of pro-women local civil society organizations (CSOs), my office, the USAID/DCHA Office of Conflict Management and Mitigation, will collect and analyze data on women’s socio-economic conditions throughout the country. As economic officer, my subject matter expertise will be in the economic investment of education (Dorman 216-17). Thus, I will analyze regional security risks and potential economic gains to create individualized plans for disseminating educational resources that involve minimal safety concerns and a low risk-benefit ratio.

I will then provide this information to the USAID DCHA’s Office of American Schools and Hospitals Abroad (DCHA/ASHA). They will diffuse laptops to local CSOs (on a case-by-case basis, depending on which are able to accept them and when). The laptops will be similar to the XO model used by the One Laptop Per Child nonprofit: durable for four years, with both educational Internet programs and hardware, and costing approximately $200. Some underfunded schools around Afghanistan and Pakistan pay $280 per student over four years’ time, so providing education via laptop would be less expensive than doing so through even some of the most minimally funded schools (Nordland). Based on local conditions, CSOs can either distribute laptops or treat them as community computers. In addition to basic primary and secondary educational services, laptops can provide benefits for every woman in the household: both young girls and their mothers. Government agencies have often mobilized mothers for microfinance projects to kick-start small-scale entrepreneurship. However, lack of technical training or business knowledge on part of the borrowers has often obstructed microcredit programs (Humphrey). Our laptops will provide educational resources to train women in business so that they can find optimal investments for their microloans.

Women are not just passive victims of conflict—they are potential agents of change. Unfortunately, they cannot act on their potential because, as director of UNICEF Anthony Lake explains, “many millions of girls who are not in school across the country… are not able to say… ‘I want to be a doctor’” (qtd. in Vyas). My plan will help these girls become doctors—or lawyers, or architects, or business owners—but most importantly, it will help them become peacemakers. By capitalizing on these women’s potential to bring prosperity to their families, we will close the security gap that fuels the Taliban—bringing a sustainable peace to Afghanistan and mitigating the Taliban threat to American democracy.