Strategic Collaboration and Constructive Communication: Lessons from U.S. Intervention in Bosnia and Iraq 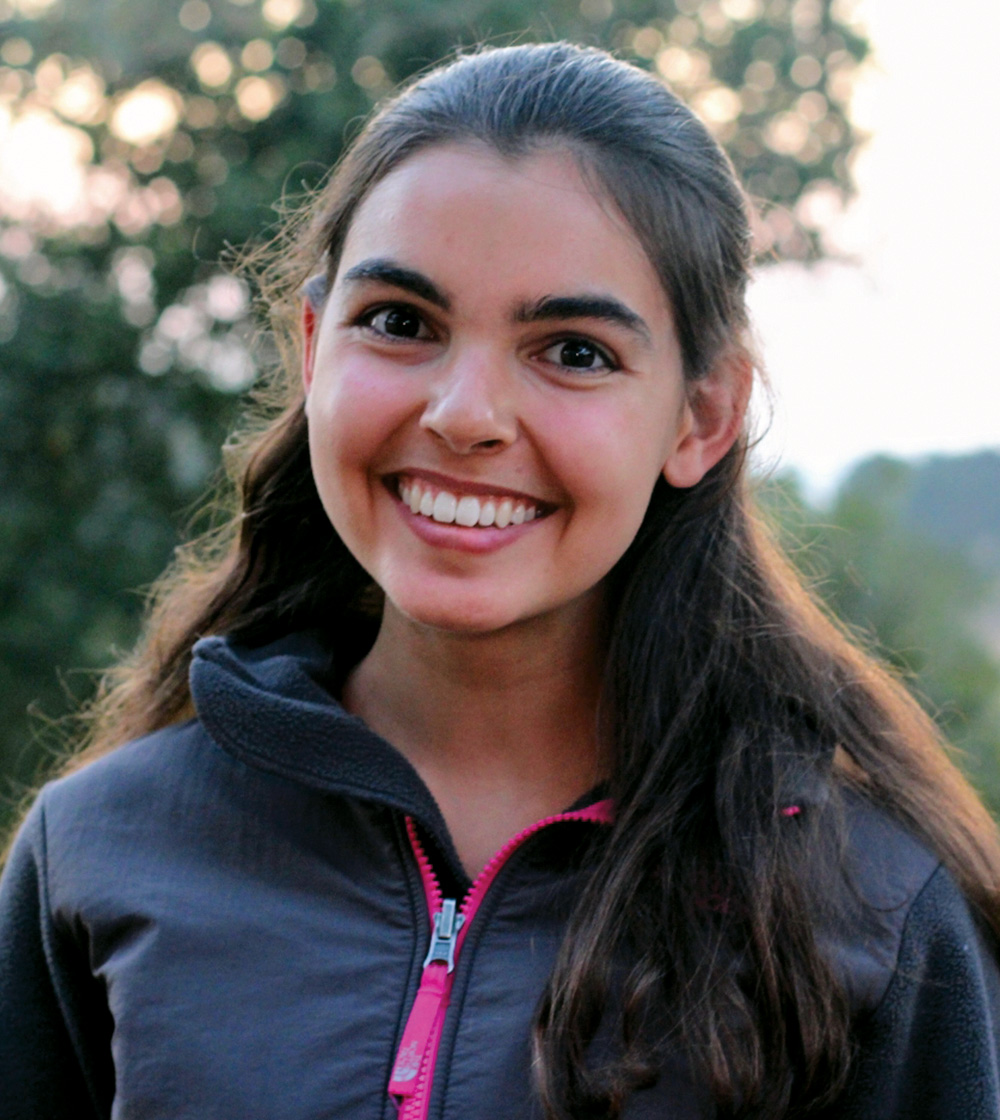 On an afternoon in mid-July of 1995, at the height of the civil war that had consumed Bosnia and Herzegovina for the past three years, Serb soldiers invaded the town of Srebrenica (Engelberg et al). Within three days, the soldiers had murdered about eight thousand Muslim boys and men (Lockie and Rosen), throwing their bodies into mass graves (Bilefsky and Sengupta). By December 1995, however, American intervention had halted the Bosnian War, rerouting the country from violence to peace. Eight years later, the United States was faced with peacebuilding in Iraq, where it implemented de-Baathification to eliminate Iraqi President Saddam Hussein’s Baath Party from the government (Bremer, What We Got Right in Iraq). De-Baathification prolonged the potentially brief intervention for nearly nine years (“The Iraq War”), collapsing the government, exacerbating tensions, and growing insurgency ranks (Ricks 191). American intervention succeeded in Bosnia due to collaboration between diplomacy and the military and flopped in Iraq because of the absence of interagency cooperation in de-Baathification. Increased military-diplomatic cooperation and enforced communication will boost the efficacy of the U.S. in future peacebuilding.

The United States was galvanized into action in Bosnia by the Srebrenica massacre (Camiser et al. 5) and the potential U.S. national security threats posed by the Bosnian branch of al-Qaeda (Holbrooke). After months of planning, U.S. diplomats, particularly former Foreign Service civilian representative and staff assistant Richard Holbrooke, brought Balkan leaders to Dayton, Ohio in November 1995 for negotiations based on the peacebuilding principle of mediation (“Negotiating the Dayton Peace Accords”). The resulting Dayton Peace Accords ended the war, establishing territorial boundaries between the Muslim-Croat and Serb entities, proposing steps for Bosnia’s stabilization, and creating a new constitution based on “respect for human dignity, liberty, and equality” (“Dayton Accords”).

Without military enforcement, the Dayton Peace Accords would have been futile, as the possibility of tensions escalating into another war was substantial. Beginning after Dayton in late 1995, the Implementation Force, which included 20,000 U.S. soldiers (“Operation Joint Endeavor”), enforced peace by preventing Muslims from settling in Serb-inhabited regions and protected Bosnian civilians from the hundreds of thousands of leftover mines (Phillips 25-26). In partnership with the U.S. Agency for International Development, American soldiers also worked on 126 reconstruction and community projects (31). In striking displays of trust, some Bosnians even offered refreshments to soldiers (21). The success of military peacekeeping following diplomatic planning is unquestionable: Bosnians were never again subjected to the level of violence seen in the Srebrenica massacre, and no U.S. soldiers were killed by hostile fire (Rohde).

American involvement in Iraq from 2003 to 2011 contrasts sharply with that in Bosnia. Although the entire conflict was marked by poor decision-making, de-Baathification deserves particular attention because the resulting chaos could have been prevented with interagency communication. On May 16, 2003 (Ricks 160), the Coalition Provisional Authority (CPA), the American-led temporary government, ordered the removal of as many as one hundred thousand Baath Party members from the government (Ferguson 156), viewing them as a threat to democracy. These included forty thousand teachers and one-third of Health Ministry employees (Pfiffner 79).

The order left Iraq in disarray. A power vacuum took hold (Zinn), and because governmental positions represented a large proportion of the available jobs in Iraq, many Baathists were left unemployed (Ferguson 148). Their military training made them prime candidates for insurgency groups (148, 162), allowing the typically difficult process of insurgency recruitment to take off (Ricks 191): eight out of thirteen of the major ISIS leaders from 2010 to 2014 were former Iraqi Baathists (Zinn). In consequence, de-Baathification rapidly precipitated a national security threat.

Why was the U.S. unable to see that firing tens of thousands of government employees would be catastrophic? Paul Bremer, leader of the CPA, was given near complete authority and refused to involve other agencies in the decision. Because he had no experience in the Middle East (Ferguson 144), it would have been prudent for him to consult with other senior officials. However, when drafting the order, he ignored the agencies with which consultation should have been obvious: the Central Intelligence Agency (CIA), the State Department, the Office for Reconstruction and Humanitarian Assistance (the precursor to the CPA), and the National Security Council (Ferguson 149, 152).

News of Bremer’s plans shocked leading officials from these agencies. The CIA station chief of Baghdad warned Bremer that “By nightfall, you’ll have driven 30,000 to 50,000 Baathists underground. And in six months, you’ll really regret this” (qtd. in Pfiffner 79). Bremer rejected the offer of Jay Garner, Bremer’s predecessor who had supported “gentle de-Baathification” (Ferguson 146), and the CIA station chief to rewrite the order (Ricks 159). CPA officials also opposed de-Baathification (Ricks 159), as did the chairman of the National Intelligence Council (Ferguson 154). The suggestions of some officials to remove a smaller subset of party members went unheeded, and military commanders who explained that the order would exacerbate Sunni-Shi’a tensions were ignored (Ferguson 149). A miscommunication also resulted in the U.S. military believing that only 6,000 Iraqis would be fired, as opposed to the reality of nearly 100,000 (Pfiffner 78-79).

U.S. involvement in Bosnia and Iraq indicates that interagency cooperation must be leveraged from the beginning. The peace that continues to hold in Bosnia today suggests that intervention must take advantage of the unique strengths of diplomats and the military. Military action without sound plans for the political future of a country is doomed to failure: Had the diplomats not coordinated the Dayton Peace Accords, the war could have dragged on for years, taking thousands more civilian lives in repeats of Srebrenica. Engaging the military only after diplomats have determined the path to peace will allow for greater trust from civilians, as seen in the instances of Bosnians offering U.S. soldiers refreshments, and smoother operations, evidenced by the absence of fatalities among the soldiers.

De-Baathification demonstrates the importance of cooperation not only between military and diplomatic branches but among all agencies that could provide insights into a conflict. Paul Bremer kept the CIA, NSC, and other major agencies in the dark about his plans up until when there were announced. Enforced consultation with members of other agencies before drafting potent orders is the only way to prevent a repeat of this situation. Weekly meetings between the leaders of the CIA, NSC, and State Department during high-risk developments would take the power out of the hands of individual people to self-assess their own judgement. A lateral communication structure that incentivizes frequent reporting across agencies instead of confined to one would also promote collaboration.

The United States is not only capable of peacebuilding in foreign nations but has a moral obligation to do so under the UN mandate of the Responsibility to Protect (“Responsibility to Protect”). Although the failure of the U.S. in Iraq has made Americans wary of intervention (Tierney), the triumph of Bosnia indicates that with strong interagency cooperation, the United States can regain its reputation in foreign intervention, allowing for a more stable and democratic international landscape.