From Dictatorship to Democracy: The Power of Cooperation in Military Interventions 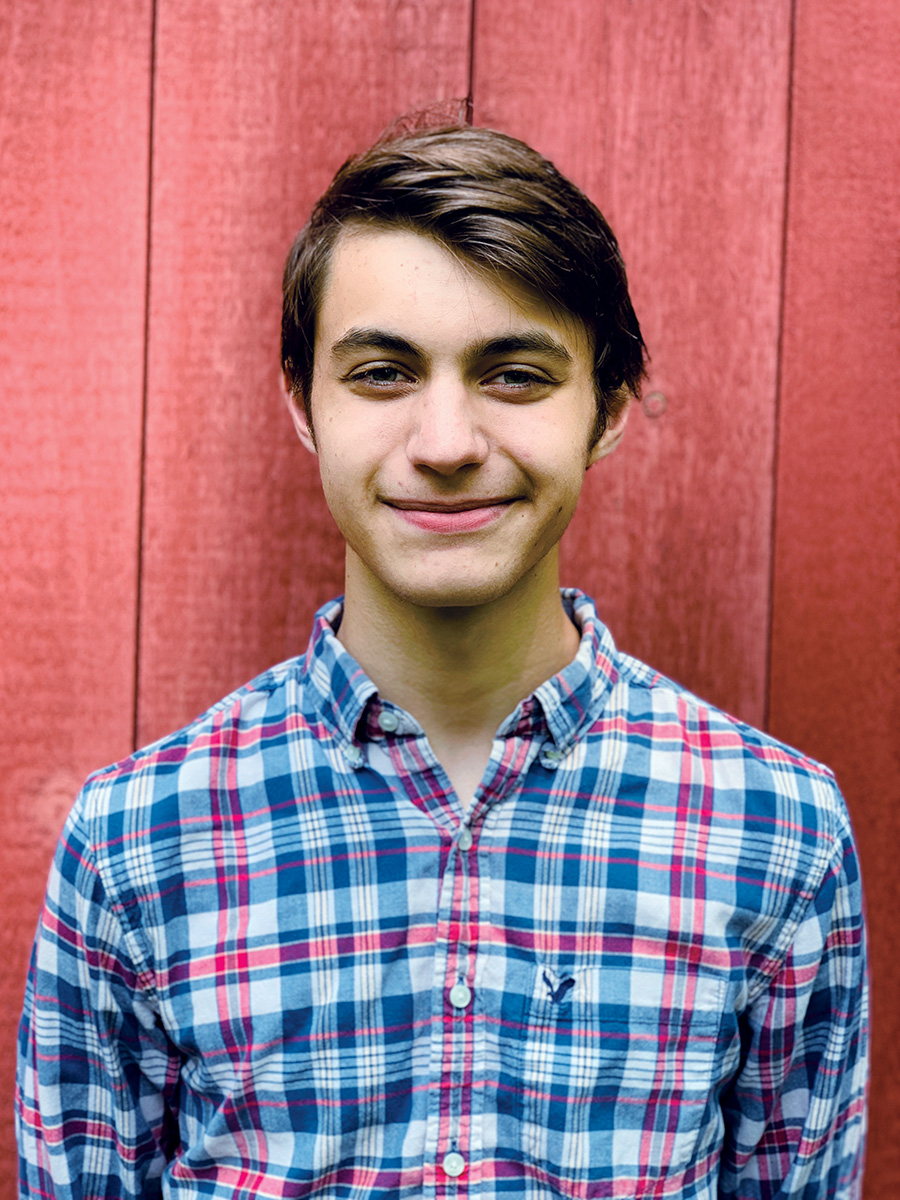 In the early morning of December 20, 1989 (Archibold), the United States began a mission that would fundamentally change the nature of American interventionism in years to come. Targeting the narco-kleptocratic regime of Panamanian strongman Manuel Noriega (Moreno), Operation Just Cause was a mission meticulously organized from the beginning by policies of collaborative, interagency efforts between the US Foreign Service and Department of Defense. The same cannot be said of the US intervention in Somalia just three years later. Defined by communication barriers and a lack of appropriate interagency planning, Operation Restore Hope yielded a humanitarian situation little improved from the politically chaotic and famine-stricken society it sought to liberate. Due to a lack of collaboration, Restore Hope failed to promote security in the economically essential Gulf of Aden (Fedirka) or prevent the spread of cholera, guerilla warfare, and food shortages (Hogg) in the Horn of Africa. Its results demonstrate the paramount importance of interagency cooperation in future American military endeavors.

The casus belli for American deployment to the Isthmus of Panama was primarily connected to the geopolitical position of the nation. As the home of the Panama Canal, a notorious choke point in international shipping routes (Grant 39), and the staging ground for a plethora of drug cartels (“The War on Drugs: Narcotics Control Efforts in Panama”), Panama was considered an important ally to the US because of its capacity to threaten US national and economic security. Thus, as Foreign Service and judicial personnel began to realize Noriega’s alternative allegiances (Hersh), intervention was deemed a necessity.

The successes of Operation Just Cause in toppling the Noriega regime and eventually restoring Panamanian sovereignty and prosperity are entirely based on the cooperation of diplomatic and military actors. Before the invasion of Panama by 27,000 American forces (Archibold), US diplomats met with opposition leader Guillermo Endara and his affiliates to discuss the political transition of the nation from the despotic, militaristic regime of Noriega to peaceful democracy. This diplomatic connection helped to ensure an immediate and coordinated reconstruction effort after the invasion. Following the apprehension of Noriega in Operation Nifty package, roughly 10,000 American soldiers (Kane) remained in the region to act as interim police forces (Cole) while USAID coordinated $500 million approved by the US Department of State to fund infrastructural development and reconstruction of a civil service (“History of USAID in Panama”). This, in combination with the release of all Panamanian assets formerly frozen by the US Treasury and distribution of all withheld payments from the Panama Canal (Millett 7), immediately helped to alleviate the economic stress resulting from the corrupt practices of the regime. Through cooperation between actors in the Department of Defense and developmental organizations, the United States helped to legitimize the administration of Endara while promoting economic recovery without threats to national sovereignty. The cohesion of their efforts ensured no power vacuum emerged in wake of the event.

Due to a lack of that very cohesion, the notorious American invasion of Somalia had disastrous effects on the society it sought to improve. Spurred by unclear direction (Matthews) from international organizations in Security Council Resolution 794 (“Granting the Secretary-General Discretion in the Further Employment of Personnel of the United Nations Operation in Somalia”) and a personal request from UN Secretary-General Boutros Boutros-Ghali (Matthews), Operation Restore Hope failed in its lack of reliance on the diplomatic actors necessary for reconstruction after intervention. The first of these mistakes was a lack of understanding of the non-state actors driving the Somali Civil War. Due to overzealous expectations of the Department of Defense's ability to swiftly carry out military operations, almost no preventative, diplomatic dialogue was undertaken with Somali warlords beforehand (“Restoring Hope: The Real Lessons of Somalia for the Future of Intervention”). With this apparent lack of preliminary research by State and USAID officials, the US lacked an important understanding of the nation’s fragile political fabric such that a clear enemy was not even established. In combination with the “Black Hawk Down” incident that killed 18 Americans (Bowden), these factors turned the military operation into a public relations disaster. Facing mounting political pressure, the Clinton administration immediately ordered a withdrawal of nearly all American military presence in October of 1993 (“Address to the Nation on Somalia”).

The incomplete nature of the military operation, in tandem with insufficient interagency dialogue, only exacerbated the challenges facing the non-governmental organizations (NGOs) and Foreign Service actors responsible for rebuilding the still fractured Somali state. In response to Clinton’s orders, Defense Department officials immediately began to disarm Somali security personnel protecting NGO and Foreign Service employees (Taw 23) responsible for forging a centralized government and growing economy from a still famine-stricken and politically fractured nation. This, in combination with the inherent safety hazards associated with travel to and from Mogadishu (13), created debilitating staffing shortages that undermined the ability of USAID and private humanitarian relief funds to promote reconstruction and development (11), forcing military personnel to take up roles usually filled by civil service members (Allard 21). This duplication of effort endangered American citizens while undermining the process of development.

As of 2019, Somalia is a nation plagued by curable epidemics, devoid of centralized governance, and threatened by the transnational terrorist networks of ISIS and Al-Shabaab (“Somalia”). Piracy about its ports and refugees displaced by its conflicts have endangered essential international shipping routes (Fedirka) and strained the social security nets of neighboring countries. Its crisis is increasingly a danger to global economic and political security. When considering Somalia’s struggles, it is impossible not to question what could have been. In Panama, interagency cooperation between military actors and foreign agency officials in USAID yielded a situation far improved from the corrupt, undemocratic (Farnsworth), and economically backward regime of Manuel Noriega. With similar strategies, Restore Hope could have yielded a far improved result.

With proper preventative diplomatic efforts orchestrated by the Department of State, the Department of Defense would have been far more prepared to tackle the military operations necessary to combat the guerrilla tactics employed by Somali warlords like Mohammed Aidid (Matthews). This strategy easily could have legitimized the government’s actions while prolonging the short period of peace experienced after the signing of a joint “Declaration of Principles” (Clarke 33). Alongside proper military policing and interagency planning beforehand, this policy could have ensured safety for USAID officials such that redevelopment could be effectively implemented and humanitarian disaster could be averted. This logic extends to staffing opportunities as well. Had Foreign Service actors been given the opportunity to accurately assess the Somali situation as had been the case in Panama, American reconstruction efforts could have been carried out far more effectively.

What do these cases teach us? The respective successes and failures of American intervention in Somalia and Panama reflect an essential lesson for the future of international military operations. Through the power of cooperation, United States offices can promote worldwide political and economic security in a way unthinkable without the combined efforts of the institutions responsible for forwarding liberty and development abroad. In a world faced with challenges that transcend the limitations of the borders of nation-states, teamwork has never been a more powerful vessel for the protection of American ideals. Cooperation is the inevitable gateway to peace.

Joint History Office, Office of the Chairman of the Joint Chiefs of Staff. Operation Just Cause: The Planning and Execution of Joint Operations in Panama. By Ronald Cole, Nov. 1995. Accessed 9 Feb. 2019.

Sahnoun, Mohamed, and Gareth Evans. The Responsibility to Protect: Report of the International Commission on Intervention and State Sovereignty. International Development Research Center, 2001.

United States Department of the Army, Office of the Administrative Assistant to the Secretary of the Army. United States Forces, Somalia After Action Report and Historical Overview: The United States Army in Somalia 1992-1994. Washington, DC, Center of Military History, 2003. Accessed 3 Mar. 2019.