Verification, Mediation, and Peacebuilding: The Many Roles of the US Foreign Service in Kosovo 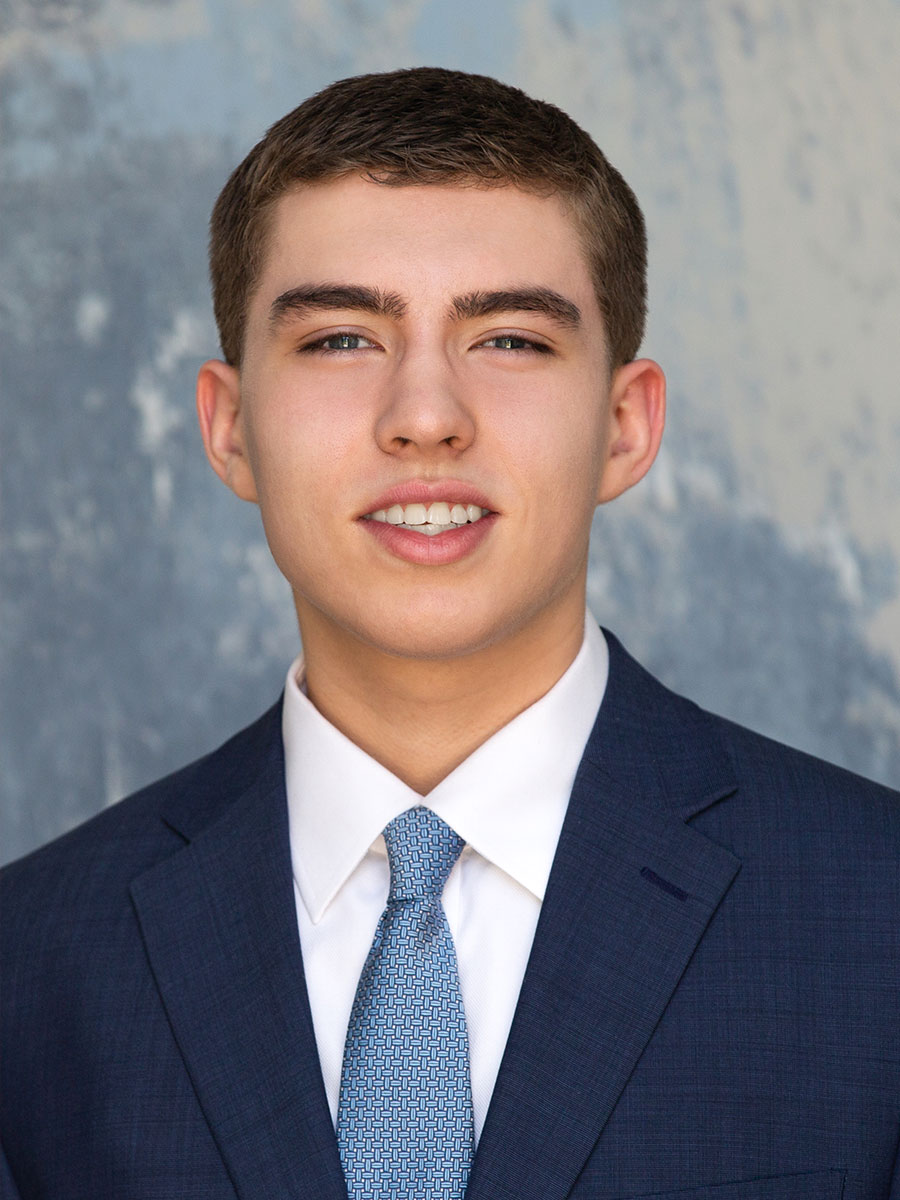 After the Cold War, the US faced a number of international conflicts—such as Haiti, Somalia, and Bosnia—that could not be resolved through military force alone (Serafino et al. 3). Resolution of such conflicts required interagency responses weaving together “political/diplomatic, humanitarian, intelligence, economic development, and security” strategies (Presidential Decision 1). The US Foreign Service, which represents and executes US foreign policy, is uniquely positioned to engage in interagency collaboration (Kopp 16). “This function is usually led by the State Department and shared (not necessarily equally) by State Department regional and functional bureaus,” other civilian agencies, such as the Agency for International Development (USAID), and by ambassadors (Serafino et al. 10). US diplomatic efforts in Kosovo in the late 1990s highlight Foreign Service interagency collaboration.

The conflict in Kosovo threatened US foreign interests. Drawing on lessons from Bosnia and Rwanda, Secretary of State Madeleine Albright (a former refugee and US ambassador to the UN) knew that early intervention could prevent massive casualties and a refugee crisis in Europe (Albright; Phillips 94-95). Furthermore, promoting stability in Europe was essential to counter terrorist threats, improve American economic interests in the Balkans, maintain NATO’s credibility, and affirm the US’s commitment to human rights (Clinton). To achieve these goals, US policy on Kosovo included using “every avenue to achieve a peaceful settlement” backed by a credible willingness to use military force (Pardew 155).

Role of US Diplomats

The interagency Principals Committee and Deputies Committee advised the White House on Kosovo policy (Baker 8; Pardew 79). Members included Albright, the Director of Central Intelligence, the United States Representative to the United Nations, and other senior officials (Baker 8). US diplomats in Kosovo then implemented interagency initiatives to attempt peaceful resolutions. These missions included observation, verification, and mediation in pre-war Kosovo, and peacebuilding in post-war Kosovo. Foreign Service “is hands-on work[,]” and includes “dealing every day with host governments and populations” (Kopp 17).

The State Department dispatched Ambassadors Christopher Hill and James Pardew as envoys to Serbia (Hill 136). Amid international pressure, US diplomats secured Milosevic’s agreement to allow an international observation mission in June of 1998 (Hill 141; Pardew 157). The resulting Kosovo Diplomatic Monitoring Mission (KDOM) eventually involved two thousand diplomats (Hill 142). The day-to-day work of KDOM included patrolling streets to bear witness to attacks on civilians, “journey[ing] out into the Kosovo hinterland,” and having tea and conversations with villagers (Hill 142-3; Walker, “Verification”). Diplomats also “inserted themselves into extremely dangerous positions between combatants in efforts to stop the fighting” (Pardew 158). With insights learned from KDOM, diplomats collaborated with State Department lawyers drafting an agreement providing Serb sovereignty and Kosovar autonomy (Hill 152). Ultimately, the proposed agreement failed, however, the attempt was important to show that all diplomatic avenues were being explored (152).

To strengthen the diplomatic presence in Kosovo, observation evolved into verification. The Organization for Security and Co-operation in Europe (OSCE) organized the Kosovo Verification Mission (KVM) to ensure compliance with ceasefire resolutions, such as Resolution 1199, and other international laws (Organization for Security; Hill 156). US Ambassador William Walker led the KVM, while Pardew coordinated US support to both KVM and KDOM (Pardew 157). Ambassadors in these roles cooperated with the Helsinki Commission, an independent US government agency tasked with monitoring OSCE commitments, to inform US policies (Commission, “What Now”; Commission, “Frequently Asked”; Phillips 48).

In January 1999, upon hearing reports of bloodshed, Walker traveled to the village of Racak (Pardew 160). There, he discovered the brutally tortured bodies of 45 civilian men and boys (Pardew 160; Walker, “Interview”). The victims included a beheaded elderly man and others with gunshots to the head, throats slit, and missing eyes (Walker, “Interview”; Holbrooke). Walker immediately reported that Serbs had massacred civilians at Racak, galvanizing international condemnation and bolstering support for the use of force (Gellman). Thus, the diplomatic observation and verification missions assumed critical roles in the preservation of human rights in Kosovo.

Hill and Richard Holbrooke, a Foreign Service officer from 1962 to 1972, were tasked with mediating the Kosovo conflict (Hill 136; Kopp 126). As representatives of the US, they were “instructed to repeat to Mr. Milosevic privately what he has been told publicly by the West: Agree to a NATO-led ground force in Kosovo or NATO planes will bomb Serbia” (Perlez, “U.S. Negotiator”). In addition to meeting with Milosevic, Holbrooke and Hill met with Kosovar leader Ibrahim Rugova and KLA representatives (Hill 138, 142). They arranged and led a meeting between Milosevic and Rugova, but negotiations were derailed after increased Serbian violence (Holbrooke).

After the Racak massacre, the West pushed a final opportunity for a peaceful resolution—the Rambouillet peace talks (Albright; Pardew 165). Despite Milosevic’s absence, Rambouillet produced a preliminary agreement between the KLA and Milosevic’s representatives (Pardew 165). Afterwards, in March 1999, Holbrooke met with Milosevic and asked for his signature: “You understand that if I leave here without an agreement today, bombing will start almost immediately” (Holbrooke). Milosevic refused to sign the agreement (Holbrooke). On March 24, 1999, NATO began its 78-day bombing campaign of Serbia, which forced Milosevic to capitulate and liberated the Kosovars (Phillips 2).

Members of the Foreign Service also collaborated with US and international civilian organizations on peacebuilding in post-war Kosovo. For example, OSCE (including Foreign Service officers working with the US Mission to the OSCE) partnered with the United Nations High Commissioner for Refugees to form the Joint Task Force of Minorities (Dorman 184; O’Neill 71). This task force, including representatives from UNICEF and other human rights groups, issued regular reports on human rights abuses affecting minorities in Kosovo (O’Neill 71). One human rights lawyer described the partnership as “the most effective example of interagency cooperation” he had ever seen (O’Neill 71).

As another example on a smaller scale, Hill worked with Catholic Relief Services (CRS) to de-escalate a riot at a Kosovo refugee camp along the Macedonian border (Hill 183). “It wasn’t diplomacy around big tables in grand rooms[,]” and Hill had no official duty to mediate among refugees (Dorman 184). However, Hill’s willingness to intercede underscores the courage and humanity of Foreign Service officers (184).

*Commission of Security and Cooperation in Europe. “What should NATO do now?” Asks Helsinki Chairman. 6 Apr. 1999, https://www.csce.gov/international-impact/press-and-media/press-releases/what-should-nato-do-now-asks-helsinki-chairman.

*Pardew, James W. Peacemakers: American Leadership and the End of Genocide in the Balkans. UP of Kentucky, 2017.