Few organizations employ as many professional economists as the State Department. But sadly, that economic muscle doesn’t seem to be applied to the department’s internal policies. In order to operate more efficiently and economically, the State Department should apply the copays, incentives and free market principles common in American society to our own employment policies and allowances—and even to the Foreign Service bidding system.

In the following, I borrow a number of concepts common in private industry and suggest how they could be employed advantageously at the department.

Copays Save Money and Discourage Overconsumption

Twice I have shipped cars to post that were worth less than the cost of shipping them. Stealing a lesson from the Health Maintenance Organization industry, if I had even a 10 percent copay, I might opt out of the $3,000 shipment of my $800 car, and choose to sell it instead. These 100 percent allowances encourage overconsumption—costing more money and hurting the environment. Copays could be applied to many allowances: household effects (HHE), unaccompanied air baggage (UAB), consumables, unclassified pouch, the Diplomatic Post Office, etc. All allowances would still be heavily subsidized, but the employee would share a portion of the cost, reducing both consumption and cost to the organization.

Many of our allowances are entitlements, meaning it costs the employee nothing to take advantage of them. Why not take all you can if it doesn’t cost you anything? What if, instead, you were rewarded for not taking an allowance? I’d suggest giving 5 percent of the savings to any employee who chooses not to take an allowance. If I choose not to ship a privately owned vehicle, then I get 5 percent of the estimated $3,000 cost of shipping one. If I choose to only ship 1,000 pounds of my allotted 7,200 pounds of HHE, then I get 5 percent of the savings. The money saved could go into a pot earmarked to first pay out as incentives.

We already have some incentives for not using allowances: other allowances! For example, taking family members (EFMs) to post is expensive, because the department has to pay for plane tickets, private schools, R&Rs, larger housing, larger cost of living adjustments, etc. In exchange for not taking EFMs to post, employees are eligible for a Separate Maintenance Allowance that, overall, saves the government quite a bit of money. I see SMA as an incentive to save the department the money associated with having EFMs reside at post—an incentive to forgo an allowance. We could develop similar incentives for our other allowances.

If the copays and incentives do not equal out and are imbalanced in the government’s favor (we should have such problems!), money can build up in the incentive account until it is needed. If the imbalance is in the employee’s favor and the pot is empty, then instead of fixed percentages of incentives we can give people shares of the total pot proportionate to the government savings created by their choices. A combination of copays and incentives would encourage employees to spend taxpayer money more like their own money and less like other people’s money.

Foreign Service members must go through two evaluation processes: the annual Employee Evaluation Review we all write, and the evaluation that takes place when we bid on posts. Why do we need two systems? It is a waste of time and resources.

We should rid ourselves of the EER system, which is clearly broken. If an EER were truly valuable, it would be the document requested by bureaus when you bid on one of their positions. Instead, bureaus are using the 360-degree reviews to evaluate bidders.

A combination of copays and incentives would encourage employees to spend taxpayer money more like their own money and less like other people’s money.

The EER system seems designed to maximize the time input into the system while minimizing the ability to distinguish between actual candidates. We should pursue the opposite goal: a minimum investment in time spent on employee evaluations that maximizes the ability to evaluate the candidates’ qualifications and performance.

Bidding for posts is a much cleaner system and takes much less time. It works. Why mess with it? Why even keep the rank-in-person system? It is clearly expensive, and its results are constantly questioned—we should jettison it and convert to rank-in-position. Pay people for the positions they occupy as they do in the Civil Service and private industry.

Instead, allow employees to bid on positions one grade above, at grade or below grade. Good candidates will rise more quickly. Low performers will be forced to take lower and lower grades over time until they leave to find other employment.

When in doubt, assess what others are doing: our bidding system looks a lot more like the private sector than our EER system does. I would like to see a report from the Bureau of Human Resources measuring and justifying the cost of the promotion system. I don’t believe we can justify the return on that investment to the taxpayers.

Free Market vs. Controlled Economy: How Much Is a Position Worth?

Free market principles are among the bedrock principles of our foreign policy. But the department doesn’t use those free market principles when designing its own policies. Instead, we set up bureaucratic procedures to determine the market price for specific jobs at certain posts. When that price is still inadequate to attract bidders, we design program after program to patch the hole, which results in a confusing hodge-podge of policy.

When it is still difficult to staff some posts, we react bureaucratically by creating yet another program to measure and add to the incentives. We had problems staffing in war zones, so we created a new program called “priority staffing posts.” What’s next? There are numerous justifications to keep all these allowance programs going, but the system still doesn’t adequately ensure enough bidders for all posts.

Some high-differential posts, such as Bangkok and Manila, never have trouble getting bidders. Because of some intangible element, those posts are considered desirable. Apparently we have more differentials than we need for such posts. On the other hand, some non-differential posts have difficulties attracting bidders. Reykjavík, for example, needs help to attract more bidders. Rather than follow the lead of apparatchiks working on five-year plans for a command economy, let’s use the invisible hand of the market.

Why measure all these categories of hardship and try to second-guess what we hope will encourage bidders? We already have a metric in the Foreign Service to measure a post’s desirability: bidders. We can use the number of bidders at each post to establish the price of those positions. If all bidders have to submit six bids, then all positions should receive six bidders for each bid cycle (assuming staffing matches positions).

Let the market handle it, in other words. One-size-fits-all solutions produce just what you’d expect: an ill-fitting suit. Paris usually has plenty of bidders for most positions, but not for junior information management specialists. Some positions in Moscow, like the deputy chief of mission position, have plenty of bidders, while others are less popular. Why provide the same incentive for all positions? Instead, we need incentives for those groups of positions that historically don’t receive enough bidders.

Think of all the Foreign Affairs Manual verbiage that you could cut with such a system. You would no longer need staff to conduct surveys, write justifications and sit on panels. Once again, the proposal could be budget neutral, using an algorithm to calculate the existing costs and adjust the post allowance for bidders to balance out increases and decreases.

The EER system seems designed to maximize the time input into the system while minimizing the ability to distinguish between actual candidates.

The aggregate cost to the department would be the same, but it would be distributed in a way that advances our staffing policy. Bidders should be grandfathered into the post allowance they bid on; changing the price after they bid would destroy trust and wouldn’t help the market work.

Once a price is established in the form of the differential and allowance package, you’ll have a contract in place to provide a service (tour of duty) at that price.

Could this cover all allowances? No. It would not be practical for COLA or natural disasters, for example. But it could cover a number of our current allowances better than the existing bureaucratic approach. Rather than concentrating on various characteristics of posts for allowances, we instead jump straight to the goal of ensuring an adequate number of bidders by examining the recent bidding history.

Materiality: Do More by Doing Less

Materiality is an auditing and accounting concept relating to the significance of an amount, transaction or discrepancy. Have you ever been asked to reimburse $0.80? Or to close a contract with an obligation of $5.23 requiring several levels of approval? I have.

Is it a worthwhile use of time to ask an employee for the 80 cents, or to ask me to close a contract and get all the approvals for the $5.23 obligation? Surely we need some sort of limits— our systems and procedures should be set to round off and close such problems. Set any small amount—$100, $50— we just need to establish the concept.

We can still conduct audits. If there is a pattern of abuse and the sums are material, investigate. If not, don’t waste people’s time.

Or take travel vouchers. We currently examine every single travel voucher manually. Why? No private-sector entities conduct this level of audit. They all audit small percentages. Instead make it a policy to audit the first two travel vouchers (which might contain errors if new employees do not yet understand the regulations), and afterward audit just 5 percent of vouchers at random. If material abuse is found in the voucher of one traveler, zero in and audit all vouchers for that specific traveler—no mercy.

Another consideration is the amount of funds recovered. Would you pay $100 to recover $1? The State Department does. Voucher auditors should cover their salaries with the discrepancies they find that prove recoverable. If not, they should audit an increasingly smaller percentage of vouchers until the savings justify the costs.

The department has many unfunded mandates. Continuing to prioritize manually examining every single voucher over other mandates, such as the cybersecurity mandates to scan and monitor emails and shared drives, is a questionable allocation of resources, given the potential threats and security risks associated with the department’s computer network and systems.

The changes I am proposing would require changing laws and regulations. And I realize that the Department of State Standardized Regulations cover the whole executive branch. But given the current environment of restructuring and fiscal austerity, now is the time to use behavioral economics and free market theory to our advantage.

Let’s try some pilot programs and, if successful, propose changes to legislation and regulation. If ever there were a time to install some of these commonsense business practices at the State Department, that time is now. 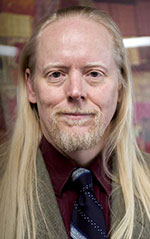 Rob Kirk, a Foreign Service specialist since 2002, has served as an information management specialist in Paris, Doha, Berlin and Malta. He is currently deputy financial management officer in London. As a child, Mr. Kirk and the rest of his family were expelled from Ethiopia, where his father was defense attaché. During the 1990s, he worked in international development in Africa and Latin America, including stints as deputy headmaster of a school in The Gambia and chief executive officer of a furniture factory in Guatemala. 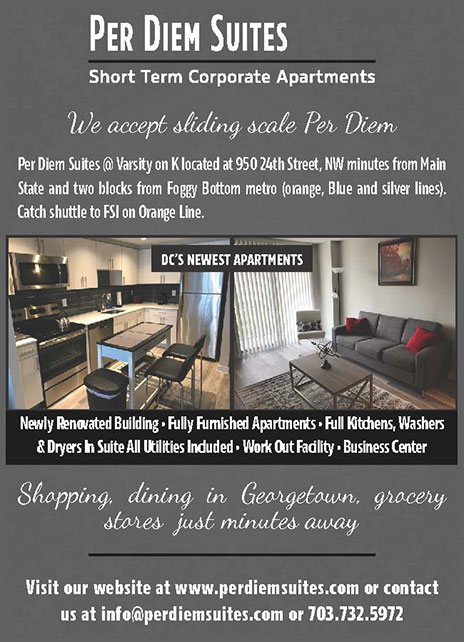 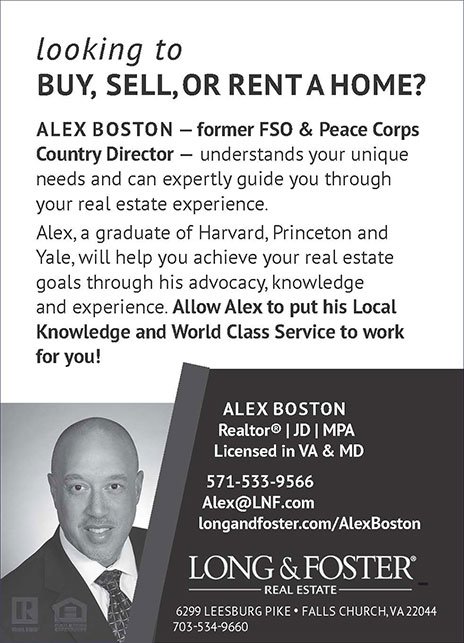