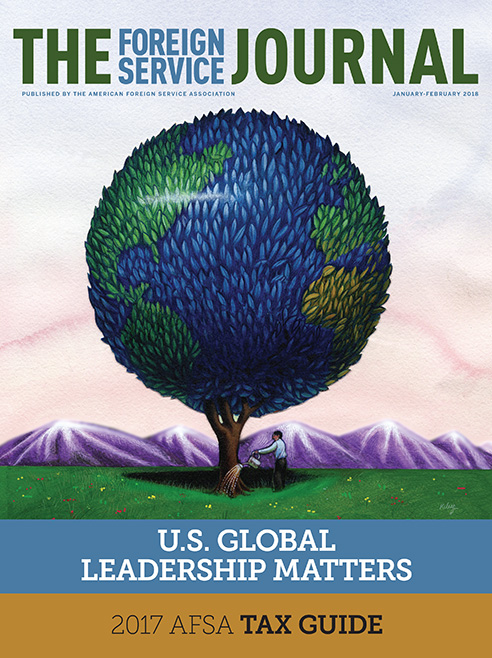 On the eve of its 70th anniversary, the Marshall Plan remains one of the most successful foreign policy initiatives in U.S. history and a model of effective diplomacy.

Working with Ghana to Prevent the Spread of Ebola

The U.S. role in helping Ghana stave off a deadly epidemic showcases American diplomats’ perseverance, political astuteness and creativity, as well as interagency teamwork, in fulfilling a vital mission.

The Global Coalition to Defeat ISIS: A Success Story

Here are more stories about the day-to-day work U.S. diplomats do around the globe to advance American ideals, protect America’s prosperity and national security, and help maintain a peaceful world.

American leadership today will be defined by our grasp of future trends. The under secretary of State for political affairs reflects on diplomacy for the 21st century.

Are You Retirement Ready?

Experts explain how to prepare for retirement throughout your career, from your first days on the job until you turn in your badge on the last day.

Meeting the Spirit Man in Caliquisse

Membership Has Its Privileges (and It’s a Bargain!)