The Case Against Political Ambassadors

The Foreign Service Journal > June 2021 > The Case Against Political Ambassadors

The United States is the only developed nation clinging to a discredited practice of sending large numbers of novice ambassadors—chosen for their political donations or because of who rather than what they know. The following criticism of that concept should not in any way be read as ignoring or denigrating the character, achievements or abilities of political ambassadors—that is not the issue.

Most countries no longer sell military rank, having learned that commanders tend to do better if they know the work. The same principle obviously applies to ambassadors; yet America ignores this otherwise universal truth.

Lack of training and background in the complicated processes of advancing America’s interests abroad is nothing to be ashamed of, but it clearly disqualifies anyone for an ambassadorship. Want ads all show why. Except at the entry level, every job has one essential requirement: experience.

At managerial levels, the fixed prerequisite to qualify is extensive, job-related experience. The rationale is clear: You must know the work yourself if, as ambassadors must, you are going to direct others who are doing it.

The vast reach of our international concerns, amplified by instant communications, has made ambassadors far more important—not less—than ever before, even if many Americans do not fully comprehend what the job entails.

We have significant interests and objectives in virtually every country, including supporting and protecting Americans; political and economic developments; human rights and democratization; trade promotion; military and economic assistance; narcotics; science and technology; environment; visas, refugees and immigration; internal stability; regional cooperation and multilateral affairs; intelligence; and the major management issues of staffing, budget and security for U.S. missions overseas.

By law and by presidential directive, ambassadors are required to direct and coordinate the activities of every American agency present in the country where they are serving. To do so effectively, they must have sufficient experience to supervise and support all the agencies in carrying out their responsibilities promptly, properly and efficiently.

This requires a solid grounding in the highly complicated processes by which foreign policies are formulated in Washington, as well as detailed knowledge and understanding of the mandates and objectives of the many agencies involved in implementation.

To expect a nonprofessional to deal with all this is to fail to understand what “professional” means. Organizations spend months training people to serve capably at the bottom of an organization chart, decades for service at the middle and upper levels. Outsiders cannot possibly serve effectively at the top, despite their abilities or desire; an apprentice ambassador is just that, and most issues will be handled by those who are familiar with the work.

To understand, visualize an absolute beginner attempting to run a newspaper, a machine shop, a payroll unit, an architectural firm or the organization where you are employed. It simply will not work. He or she may have a high level of intelligence and energy and accomplishments in other fields, but all of it is irrelevant. At most, the novice can deal competently with only a very small fraction of an ambassador’s total job; others, by necessity, have to do all the rest.

Career Foreign Service ambassadors are not necessarily more capable, effective or intelligent than novices, but they have one shatteringly compelling and undeniable advantage: experience. They know the players, the machinery, the procedures, the cultures, the history. In short, they know the work.

Political ambassadors, neither capable of being engaged in nor necessarily even aware of many of their nominal responsibilities, seldom find the obligations (as they understand them) overly burdensome. As John Kenneth Galbraith, President John F. Kennedy’s ambassador to India, said: “There were many, many days when, if I didn’t do anything that my staff could do as well or better, I could finish my activities in an hour or two.” Walter Mondale, offered an ambassadorship by President Bill Clinton, declined, saying: “I prefer to pay for my own vacations.”

To expect a nonprofessional to deal with all this is to fail to understand what “professional” means.

Despite the irrefutable logic of relying on professionals, the present spoils system has supporters. Their ranks inexplicably include some FSOs, otherwise proud of their careers, who do not appear to understand the impact on the concept of their profession of suggesting that amateurs could perform the top jobs just as well.

The following arguments in defense of political ambassadors are often put forward:

The president can nominate anyone. True, but the Founding Fathers, in a far less complicated world, required the Senate to consent after considering nominees’ qualifications. In theory, the only criterion would be national interests; but political nominations reflect the importance of money, friendship and patronage, and the Senate Foreign Relations Committee has long since abandoned its constitutional responsibility. The committee has also abandoned the requirements and restrictions included in the 1980 Foreign Service Act written by Congress, rubber-stamping all but the most egregious candidates, knowing that their party will have its turn.

Other nations welcome political ambassadors. Wrong. No government wants a rank beginner, especially from a superpower. Governments seldom publicly criticize a nominee, who is certain to be confirmed; but editorials in Australia, Spain, Italy and Switzerland, to name a few, have blasted nominations of novices as indicating that we consider the job, and therefore the relationship, unimportant. Some political appointees are famous, or even popular, which has nothing whatsoever to do with their qualifications or effectiveness.

Political ambassadors can raise issues directly with the president. Maybe, but is that good? Few of them are close enough to count on getting through, let alone raise a subject the president may not have been following. Far more important, it is not in our national interest to have any ambassador bypass the national security system; nor should the system stand for it.

Noncareer appointees can provide fresh perspectives. Right, but that describes inexperience as a qualification. There is no substitute for experience, especially when contentious economic, cultural or political differences are involved. A lack of background in the thorny issues of relations and the competing interests of sovereign nations can make fresh perspectives irrelevant, or far worse.

The same concept applies in civilian control of the military. Wrong. Civilians are never given direct command of troops, planes or ships, the military equivalent of embassies.

Many large organizations hire outsiders at the top. Right. But only at the strategic level—CEO, Secretary of State—never at the operating level (regional representative, plant manager, ambassador). At that level, the person in charge must know the what, why and how of the tasks, as well as the organizations that carry them out.

There have been some excellent political ambassadors. Right. The fact that the statement must be made, however, underlines the basic problem: They are hardly ever chosen because of anticipated excellent performance. Financial, political and social connections are the determining forces, not experience or qualifications, producing a vastly larger number of highly marginal performers and far more than a few genuine embarrassments.

Amateur ambassadors only need a good embassy staff to do an effective job. Sophistry. The phrase accurately, painfully, describes a figurehead, whose most meaningful contribution is to keep out of the way. In that case, why bother having an ambassador at all?

The Cold War is over, but our involvement with the rest of the world clearly is not. As recent experience has shown, that involvement can suddenly become profound and complex, and in unexpected places. There is far too much at stake to place the always complicated, significant and sometimes critical responsibilities of ambassadors in the hands of well-meaning but unqualified political nominees.

America requires and deserves far better than that. 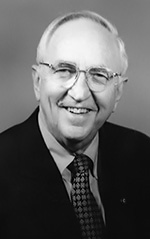 Edward L. Peck, a Foreign Service officer from 1956 to 1989, served as chief of mission in Mauritania and Iraq. Other overseas assignments included Sweden, Morocco, Algeria, Tunisia and Egypt. On retirement, Ambassador Peck served as executive secretary of the American Academy of Diplomacy, where for three years he prepared assessments of the qualifications of noncareer nominees for ambassadorships using the background materials nominees sent to the Senate Foreign Relations Committee, which shared those materials with the academy. More recently, he has traveled the world on cruise ships giving lectures on topics such as “Thinking About Our World” and “Representing a Superpower—What American Ambassadors Do, and Why They Should Be Professionals.”