When an ambassador’s confirmation hearing makes “The Daily Show,” it is not because it went well. The nominees for ambassadorships to Norway, Hungary and Argentina, all major Obama campaign contributors, provided so many cringe-worthy moments when they appeared before the Senate Foreign Relations Committee earlier this year that Jon Stewart had more material than Fox News provides in a month.

There was also a flurry of stories in the media about the qualifications (or lack thereof) of these nominees, which raised the hope that higher standards might be possible in the future. Presidents appoint people as ambassadors for many reasons, however, and campaign contributions is one of them. Still, money does not have to speak louder than foreign policy credentials.

There are some limits on the amount an individual can give to a presidential campaign, but thanks to recent Supreme Court decisions, these are largely meaningless. And supporters of a candidate for president can bundle the checks of friends without limit for a campaign that now costs over a billion dollars.

In an electoral system so thoroughly driven by money, asking a president to cut back on the number of ambassadorial titles he can bestow on those who played a critical role in getting him elected is like suggesting the United States unilaterally eliminate its nuclear weapons.

One might look to Congress for reform, but members of Congress owe their jobs, in no small part, to their own ability to raise money. In addition, the Senate traditionally gives the president wide latitude in selecting the people he wants as his envoys. Congressional opposition to ambassadorial nominations therefore tends to be ephemeral, partisan and only rarely related to a lack of qualifications.

Reform Has Never Been Easy

In the late 19th century, professionalization began to make a serious dent in patronage only after a frustrated job seeker, who thought he should be chief of mission in Vienna, assassinated President James Garfield in 1881.

It took the criminality of the Nixon administration and the support of President Jimmy Carter to bring about the Foreign Service Act of 1980. So, in the absence of another major scandal, there is little hope for change coming from the legislative branch.

Yet the need for campaign cash and the existence of a dysfunctional Congress do not mean that nothing can be done to ensure better qualified ambassadorial nominees. AFSA could help bring about modest reform, but its recent efforts are not enough.

If aspiring ambassadors realized that their performance will be measured and that their failures could become very public, they might think twice about buying the job if their only qualification is the size of their checkbook.

Take for instance, AFSA’s issuance of the “Guidelines for Successful Performance as a Chief of Mission.” A group of retired ambassadors put the guidelines together. Most of the members of the group had been career Foreign Service officers, but the group also included several former political appointee ambassadors who were unlikely challengers of the status quo. While the AFSA Governing Board approved the guidelines, the vote was not unanimous.

But even if meaningful guidelines could be drawn up, they alone would do little to improve the quality of ambassadors. Expecting those who do not meet the criteria to forgo applying for the job is the equivalent of thinking that describing virtue will rid the world of sinners.

Another AFSA initiative that is not likely to bring about substantial change is its Freedom of Information Act request for the “certificates of demonstrated competence” that the Foreign Service Act requires the department send to the Senate for each nominee.

The White House has now agreed to make those certificates public, thanks to AFSA’s effort. But while that is a small step toward greater transparency, the certificates of competence will not be the smoking gun that proves a nominee’s incompetence.

These certificates are, in reality, one-page summaries of the kind of basic biographic information that any Google search would produce. The lack of foreign policy credentials of the Norway, Hungary and Argentina nominees was obvious, but drew little attention.

It took the videotape of their hearings to create the controversy. Recognizing that, the State Department has put out a solicitation to hire a contractor to prepare nominees for congressional testimony. So the hearings may be less of an obstacle for the incompetent in the future.

A bad hearing may not be a good predictor of who will fail as an ambassador, however. Many will argue that is not the case and insist that knowledge of the language, history and culture of a country is essential. But that knowledge, with the exception of fluency in the language, can be acquired fairly quickly. Moreover, the lack of such knowledge does not irrefutably portend failure.

Career officers with extensive experience can fail as well as political appointees. To test the question of whether there is a measurable difference between the performance of political appointee ambassadors and career ones, I had four graduate students read the 139 inspection reports that the Office of the Inspector General had at that point posted on the IG’s website. They included 98 embassies with career COMs and 41 political appointees.

The students were asked to assign two grades to each ambassador: one for internal mission management and the other for external relations. While the average grades for the career officers were slightly higher for both categories, the difference was not statistically significant.

If there is any indicator of future ambassadorial success, it is probably more a function of personality and the ability to effectively manage people.

The career ambassadors were more tightly grouped around the average-to-good rating, while the political appointees had a flatter and wider distribution. This tends to confirm what many believe based on anecdotal evidence—that political appointees are more likely to be either superb or bad ambassadors, with fewer falling in the middle of the range where career officers tend to cluster.

Bad ambassadors, whether career or political, could be avoided if there were a way to determine in advance what the qualifications for success are. That is not easy, and other professions have tried with little success. The American Bar Association does a thorough review of the background and experience of judicial nominees and declares each of them to be highly qualified, qualified or unqualified.

The clearest measure of the performance of a judge is how often a higher court overrules his or her decisions. A recent study found little difference in the reversal rates of judges, regardless of the ABA categories in which they had been placed. An a priori ranking that some deem a true indicator of success may not work for ambassadors any more than it does with judges.

In addition, every chief of mission has a career officer for a deputy. The deficiencies of a COM can be compensated for if the ambassador is smart enough and trusting enough to make good use of the DCM.

If there is any indicator of future ambassadorial success, it is probably more a function of personality and the ability to effectively manage people—and that is as true for career COMs as it is for the political ones. However, managerial skill and personality traits are not readily conveyed by basic biographic information.

But there is an opportunity to make modest improvement in the way chiefs of mission are selected. Ambassadors do not have a readily available measure of performance as judges do, but a visit by a team from the Inspector General’s office results in a detailed evaluation of how well an embassy is being run. Those reports, now on the IG’s website with minimal redaction, are available for anyone to assess an ambassador as my students did.

The problem is that even though the law says each post should be inspected every five years, inspections occur only about every eight years due to a lack of resources. This means most ambassadors will come and go without a thorough review of their performance.

They do, of course, get annual evaluations like every other officer; but those are written in Washington and are not the best measure of how well the mission is managed. And they are never made public.

With these 360-degree evaluations, the IG could quickly identify the embassies with the most serious problems.

As part of the OIG inspection, every employee at an embassy is required to fill out a personal questionnaire in which they are asked to rate the work environment and management of the post. Instead of this happening only when an embassy comes up for an inspection, an abbreviated PQ could be sent in electronically by everyone at every post every year.

With these 360-degree evaluations, the IG could quickly identify the embassies with the most serious problems and send a team to do a rapid review. A similar system could also be used within the State Department to rate the effectiveness of every bureau and the assistant secretary who runs it. And those results could be added to the IG’s website.

This system would apply to all ambassadors. That could be challenging for AFSA, because it is both the professional association and the labor union of the Foreign Service. In this case, for instance, it can either work to improve the quality of ambassadors and the professionalism of the Foreign Service, or diminish both by defending all of its members, including the incompetent.

Thus far, thanks to the posting of the inspection reports on the IG’s website, four ambassadors have resigned. They were all political appointees.

A system of abbreviated annual PQs would have to apply to all embassies, even though career ambassadors face bigger challenges than their political counterparts. Morale problems are typically worse at embassies with hardship and danger pay—posts where political appointees rarely tread.

The Quadrennial Diplomacy and Development Review declared that the State Department would “empower and hold accountable COMs as chief executive officers of interagency missions.” Power comes with responsibility, however. If the State Department and AFSA support the QDDR goals, they should enhance the ability of the IG and work to ensure that grievance procedures do not allow accountability to be litigated to death.

Will that ensure no unqualified person will seek an ambassadorship? No, but some of those who aspire to become an ambassador through bundling campaign cash give little consideration to the risk of being held accountable in a very public way. Like some of my students, they seem to think diplomatic life consists of ignoring parking tickets and attending endless cocktail parties.

If aspiring ambassadors realized that their performance will be measured and that their failures could become very public, they might think twice about buying the job if their only qualification is the size of their checkbook and those of their friends.

If that happened, American diplomacy would be strengthened and there would be less material for “The Daily Show.” But it is a standard to which career officers will also have to be willing to hold themselves. 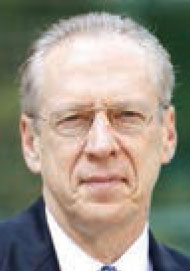 Dennis Jett is a professor of international affairs at Pennsylvania State University. A retired FSO, he served as ambassador to Peru and Mozambique, on the National Security Council and on assignments in Argentina, Israel, Malawi and Liberia. He is the author of three books: Why Peacekeeping Fails, Why American Foreign Policy Fails and a forthcoming book on American ambassadors (all published by Palgrave Macmillan). He is an occasional contributor to the Journal, whose “So You Wanna Be an Ambassador?” was published in November 2012.